Secrets of the bailout

Radley Balko | From the January 2009 issue 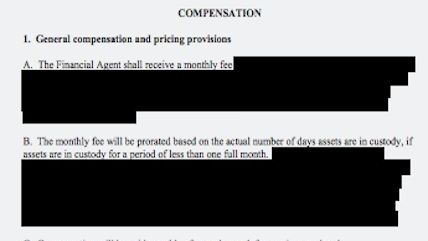 On October 13, Neel Kashkari, an interim assistant secretary of the U.S. Treasury, sought to ease concerns about how the just-enacted $700 billion financial bailout plan would be implemented. "We are committed to transparency and oversight in all aspects of the program," Kashkari said, "and have already taken several important steps in this area."

Four days later, the Treasury Department announced one of the first major contracts of the bailout plan: The Bank of New York Mellon would oversee the auction and tracking of distressed assets, one of the biggest contracts in the package. But when the department posted notice of the contract, it blacked out how much the company would be paid.

BailoutSleuth.com, a new watchdog website, soon found more examples of the Treasury Department's redacting the details of bailout-related contracts. The government blacked out the hourly rate it will pay the law firm of Simpson, Thatcher & Bartlett for advice on when to inject cash into the economy. It also redacted the fee that the consulting firm Ernst & Young quoted for its services. And the posted contract with PricewaterhouseCoopers hides not just the amount of the company's original bid for its contract but the names of the firm partners who signed the agreement.