ER was a Skipper at the American Airlines Admirals Club, and was a loyal Sheraton guest.


Earlier today, I wrote about my visit to the FDR Presidential Library. The final portion of the museum focused on Eleanor Roosevelt's life after her husband's death. One exhibit included the contents of ER's wallet when she died. It seems she was a frequent traveler. "Mrs. Franklin D. Roosevelt, Sr." was a member at the American Airlines Admirals Club. And she had a guest card for Sheraton Hotels, which also extended privileges to Avis Rent-A-Car. 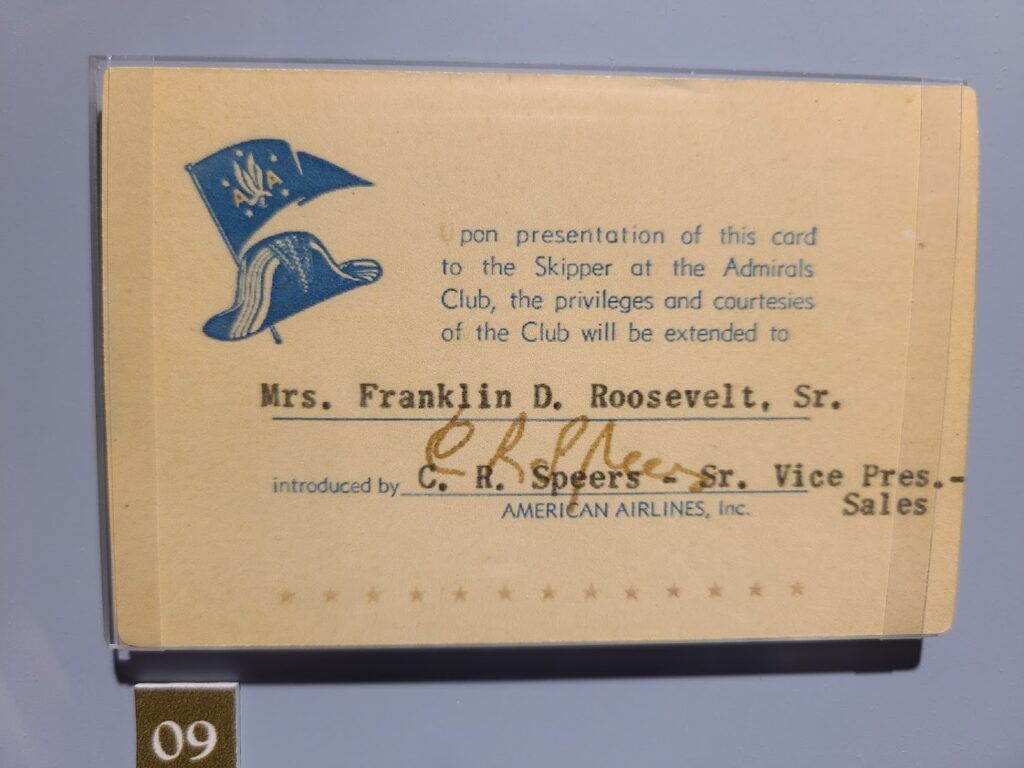 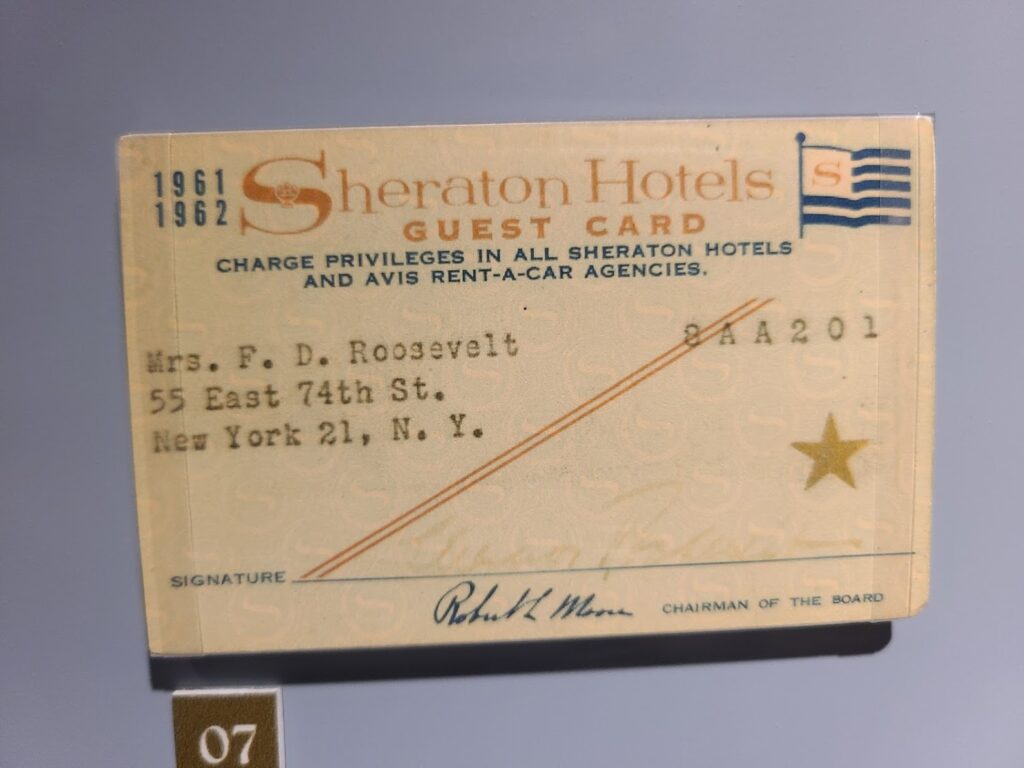