My New Article on "Migration and Self-Determination"

The article, which is available free on SSRN, criticizes claims that governments have a right to exclude migrants based on various theories of self-determination. 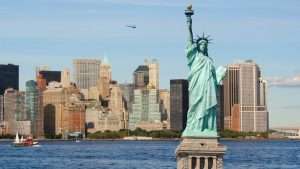 The Georgetown Journal of Law and Public Policy, recently published my article "Migration and Self-Determination." Here is the abstract:

Free international migration has enormous benefits. But many argue that governments can legitimately restrict migration in order to protect the supposed "self-determination" of natives. Some claims of this type are based on group rights theories, which hold that members of a particular racial, ethnic, or cultural group are the "true" owners of a particular territory, or that democratic self-government inherently requires a right to exclude immigrants. Others are based on notions of individual freedom of association, which analogize the rights of national governments to those of private property owners or members of a private club. This article criticizes both collective and individual rights theories that purport to justify a power to exclude migrants. It also critiques claims that the governments of migrants' countries of origin can rightfully curtail emigration by forcing them to stay. I address these issues in much greater detail in my book Free to Move: Foot Voting, Migration, and Political Freedom, on which this article is in part based.

The article, which is available for free download on SSRN, is part of a symposium on "The Ethics of Democracy," held at Georgetown University in 2019. Publication of this symposium was delayed by the pandemic. But I hope and expect that the issues we address remain as relevant as ever!

As noted in the abstract, the issues raised in the article are addressed in greater detail in my book Free to Move: Foot Voting, Migration, and Political Freedom. In that book, I also address arguments that migration must be restricted in order to deal with potential negative side-effects of having "too many" immigrants, such as overburdening the welfare state, increasing crime, or spreading harmful culture values, among others.