Many of the justices seem intent on avoiding the substantive issues at stake in a case challenging the legality of Trump's plan to exclude undocumented immigrants from the apportionment count for congressional representation. 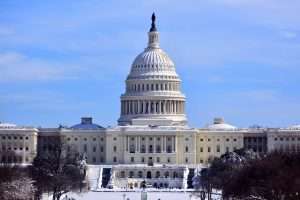 This morning, the Supreme Court heard oral argument in Trump v. New York, a case brought by 22 state and 15 local governments challenging the legality of Donald Trump's plan to exclude undocumented immigrants from the population counts that will determine the allocation of seats in the House of Representatives. Unfortunately for those who want to get a sense of where the Court stands on the substantive legal issues, the justices spent most of their time asking the lawyers for the parties about various ways in which they might be able to avoid deciding those issues. The Census Bureau recently indicated they may not be able to get the president the data on undocumented immigrant populations he would need to submit apportionment numbers that exclude them from the total population count, before his term runs out on January 20. Many of the justices seem interested in using this fact to find a way to dismiss the case for not being "ripe," or on some other procedural ground.

Chief Justice John Roberts' very first question for acting Solicitor General Jeffrey Wall set the tone for most of the rest of the argument:

Roberts: We expedited this case in light of the Dec. 31 deadline for the secretary [of Commerce] to transmit the Census to the President. Is that date still operative? Do you still need a decision by that date?

Wall answered that "the situation is fluid," and that it is still possible that the Census Bureau might get the president at least "some" of the data he needs before time runs out. That answer didn't seem to satisfy Roberts. It didn't satisfy several of the other justices, either. Justice Stephen Breyer, for example, followed up by asking whether "can you not provide us with any more information than what you provided in your answer to the Chief Justice, which is basically 'we are working  on it'?" Wall again hedged in response.

Various justices asked whether the Census Bureau would actually be able to do much more than give Trump numbers on the 60,000 or so undocumented immigrants currently in ICE detention, plus perhaps a few others (which would not be enough to meaningfully change the allocation of congressional seats between states). Wall continued to hedge.

Justice Elena Kagan made the excellent point that the federal government does in fact already have information on the number and residence of at least some substantial categories of undocumented immigrants, such as the roughly 700,000 DACA recipients, among others. Trump could potentially exclude these groups, even if he will not have the state-by-state figures for the full population of over 10 million undocumented immigrants. Once again, Wall hedged on the question, and even declined to commit on whether Trump plans to exclude the DACA recipients or not.

There was also some discussion of exactly what remedy a court could order, given precedent making it difficult to issue an injunction against the president. Plaintiffs' lawyers argued, persuasively in my view, that the injunction can simply bind the Secretary of Commerce (whose department includes the Census Bureau) to avoid including state-by-state numbers on undocumented immigrants in the report to be used for apportionment purposes, and the president would be expected to honor the injunction by not trying to use those figures to adjust population counts for apportionment purposes in his own later submission to Congress. Wall appeared to concede that the president would have to honor such an injunction. But this issue could potentially provide an alternative basis for getting rid of the case on procedural grounds.

I doubt, however, that there will be a majority on the Court for that approach, because it would open up the possibility of widespread presidential malfeasance in future cases, where the president could evade court decisions by claiming that no judicial injunction could restrict his personal actions. It seems more likely that a majority of justices might either dismiss the case based on ripeness, or simply wait to see what happens over the next few weeks, before issuing a decision.

To be clear, both Wall and counsel for the plaintiffs emphasized that they would prefer the Court to decide the issue sooner rather than later. Many of the justices, however, seem much more reluctant. The conservatives, especially, seem interested in finding some way to avoid the substantive issues in the case.

Perhaps for that reason, there was very little discussion of those issues. A few justices—including newly appointed Justice Amy Coney Barrett—raised the point that no previous president had ever tried to systematically exclude undocumented migrants from the apportionment count. Barrett noted (correctly) that "a lot of the historical evidence and longstanding practice really cuts against your position." Wall gave the predictable answer that this is all a matter of presidential discretion, and that the fact that previous presidents didn't use it, doesn't mean Trump cannot. Still, Barrett's comments were among the few that touched on the substantive issues, and what she said suggests that the administration may not be able to count on her vote should the Court ever decide these questions.

There was almost no discussion of the fact that the text of Article I of the Constitution and of the Section 2 of the Fourteenth Amendment requires apportionment based on the total number of "persons" in each state, with the sole remaining exception of "Indians not taxed" (who at the time were not citizens of the United States). As University of Texas law Prof. Sanford Levinson and I explain in our amicus brief, this text clearly indicates that undocumented immigrants and other non-citizen residents must be included in the count, based on the normal meaning of the word "persons" and the fact that any other plausible approach would render the exclusion of "Indians not taxed" superfluous. The administration's claim that undocumented immigrants are not really residents or "inhabitants" of a state makes little sense, given that most have lived there for years and have no other home. That latter fact also distinguishes them from diplomats and tourists (who historically have not been counted).

At this point, however, it's far from clear that there is a majority of justices who actually want to decide these issues. At the very least, they may want to sit on the case unless and until it becomes clear that they really have to deal with the merits. Even Barrett indicated that it might be best for the Court to wait until the Trump administration comes up with some more definitive numbers on exactly which people they plan to exclude.

Surprisingly, in my view, there was also little discussion of the issue of whether the plaintiff state and local governments have standing to pursue the case, even though this is one of the questions the Court explicitly flagged when they granted the petition for writ of certiorari to hear the case. Some of the discussion of data availability can be seen as relevant to the standing issue, however. If the administration cannot get the data needed to exclude more than a small number of undocumented immigrants from the apportionment count, then perhaps there will be no effect on the number of House seats each state gets, and therefore no "injury" to base standing on.

CNN Supreme Court reporter Ariane de Vogue similarly concludes that many of the justices might prefer to avoid deciding the case. Her impressions are much the same as my own.

In sum, this was one of the least informative oral arguments I have ever seen in a major Supreme Court case. The one thing we learned is that many of the justices may prefer to avoid deciding the substantive issues at stake. Whether they will be able to do so remains to seen.