Pretty clearly unconstitutional, it seems to me, whether applied to pro-Trump T-shirts (as in a recently-filed lawsuit) or to other such material. 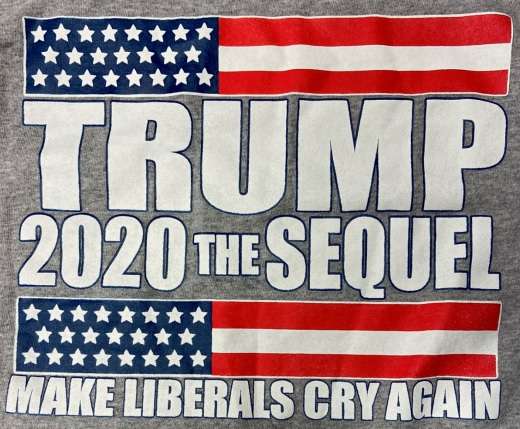