Should Elected Prosecutor Be Disqualified for Highlighting Pending Criminal Case in Election Fundraising?

That's what a motion in the St. Louis Mark & Patricia McCloskey case argues. 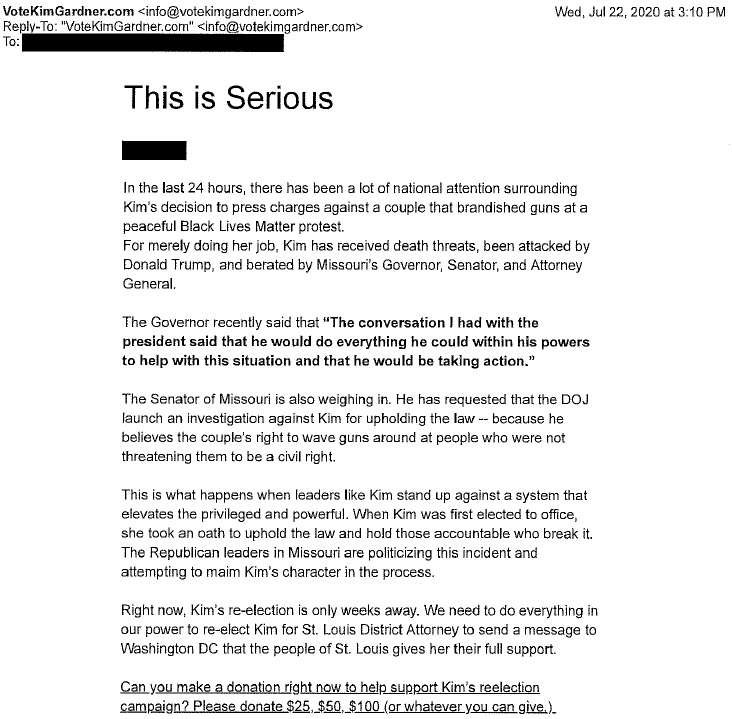