The decision distinguishes US Supreme Court cases allowing the government to transfer property from one private party to another for almost any "public purpose." 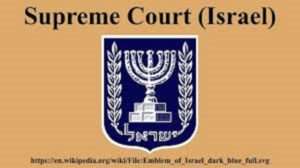