With a Democrat about to re-occupy the White House, a Republican congressman rediscovers his commitment to fiscal restraint. 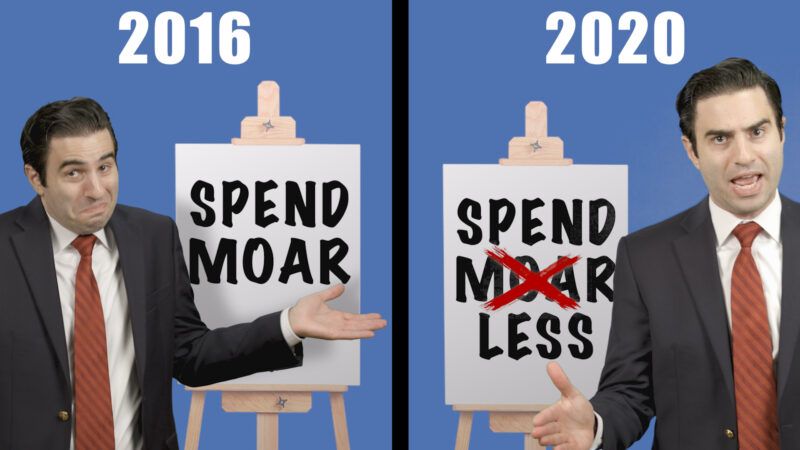 After helping rack up trillions in spending while in power, a GOP congressman dusts off his old policy positions.

The federal budget deficit was a record $3.1 trillion in fiscal year 2020, a three-fold increase over 2019. President Trump was able to accomplish that with help from Republicans in Congress, who stopped paying even lip service to fiscal austerity after Obama left office. With a Democrat about to return to the White House, expect GOP lawmakers to remember that—as it turns out—deficits do matter.

Written and performed by Remy; music tracks and mastering by Ben Karlstrom; video produced by Meredith and Austin Bragg.

For the same trillion dollar deficits that for years I said we needed to end
Guess who's about to start caring again?

Isn't that the same spending contained in bills that you recently penned?
Yeah but there's actually a consistent ideological difference—

I'm about to start caring again

You'll hear me wail you'll hear me scoff
You'll see me faint you'll hear me talk
'bout how this spending's needing to go
While for the past four years I didn't care
our fiscal policy looked like a Mr. Beast video

It's not a red herring—the debt needs repairing