A controversial rule on water pollution allowed the agency to micromanage private land use. 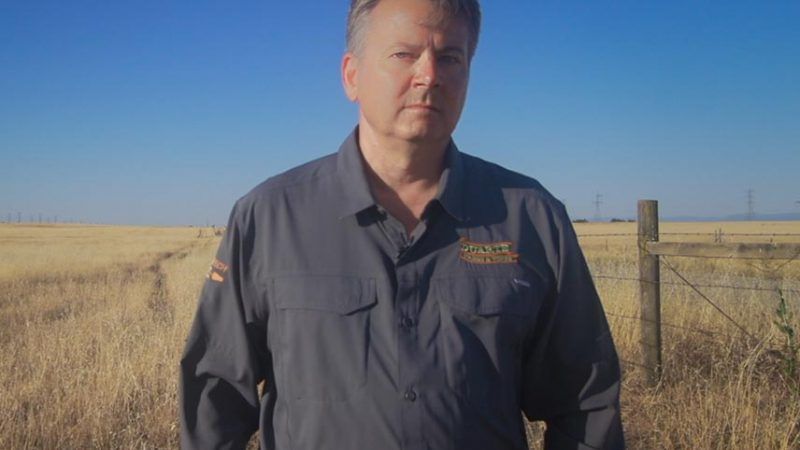 EPA Chief Scott Pruitt has set out to transform the agency he leads to a greater extent than any of Trump's other cabinet appointees, pledging to end what he dubbed the agency's "anti-energy agenda" by loosening requirements on carbon emissions and eliminating land use restrictions.

In his first speech to EPA employees, Pruitt laid out his goal of returning the agency to its core focus of protecting the environment while following what he called "the letter of the law."

"I believe that we as an agency, and we as a nation, can be both pro-energy and jobs and pro-environment," Pruitt told his staff.

Environmentalists vehemently opposed Pruitt's appointment, depicting him as a climate change denier determined to undermine the EPA's core mission of protecting the environment.

One of Pruitt's first targets is a controversial rule on water pollution put in place by the Obama administration that he deemed a "power grab" by environmental regulators.

To better understand why property rights advocates applauded the move, consider the case of fourth-generation farmer John Duarte, who has fought a protracted and costly legal battle with federal regulators over how to till his 450-acre farm in Tehama County, California.

In 2012, the Army Corps of Engineers, working in conjunction with the EPA, accused Duarte of damaging wetland features on his property. He was hit with $30 million in fines and restoration fees.

Duarte's troubles stemmed from a 2015 provision in the Clean Water Act known as the Waters of the United States rule that was meant to better protect large bodies of water by regulating use of the streams, ponds, and ditches that flow into them. The EPA has used this provision to micromanage private land use.

The agency accused Duarte of mismanaging the wetland areas located on his property, claiming that his four-inch plow furrows created small mountain ranges. They contend Duarte should have obtained a permit before tilling his own land.

"The average time to obtain a Clean Water Act permit is close to two years, and the average cost just to hire the consultants and do the studies to get permits approaches a quarter of a million dollars," says Anthony François, a lawyer with the Pacific Legal Foundation who represented Duarte in his case against the government. "Clearly if you had to undertake that kind of cost and time just to get the necessary permit to plow your fields every year you're not going to grow a lot of food."

In 2016, attorneys general from 31 states (including Pruitt) challenged the Obama administration's overreach on the Clean Water Act. The case is still active in federal court.

University of Virginia Law Professor Jason Scott Johnston, who is also an adjunct scholar at the libertarian CATO Institute, believes it's likely the Supreme Court would strike down the 2015 water regulation. He says that the Obama administration expanded the definition of wetlands beyond the parameters set by the Court in the 2007 Rapanos v. United States decision.

"The broad trend of environmental regulation during the Obama administration was to use the coercive threat or reality of regulation simply to try to shut down entire industries and entire types of economic activity," says Johnston. "They have promulgated a definition of wetlands which clearly contradicts what the Supreme Court said."

In February, President Donald Trump signed an executive order instructing the EPA to repeal the Waters of the United States rule, but getting the regulation off the books could take several years and be delayed by legal challenges from environmental groups.