3 Reasons Why Banning 'Assault Weapons' Is a Terrible Idea

A ban won’t stop mass shootings, but it will hinder self-defense.

The specter of a federal "assault weapons" ban is once again haunting the land. Here are three reasons why any such federal action is a terrible idea.

1. There is no agreed upon definition of "assault weapon."

Politicians looking to enact stricter gun control laws have always struggled to define what exactly constitutes an "assault weapon." It's like the famous line about identifying pornography: "I know it when I see it." Unfortunately, this feckless approach guided the drafting of the 1994 Assault Weapons Ban and is once again threatening the rights guaranteed by the Second Amendment.

Consider these two versions of the Ruger Mini-14 from a technical perspective: 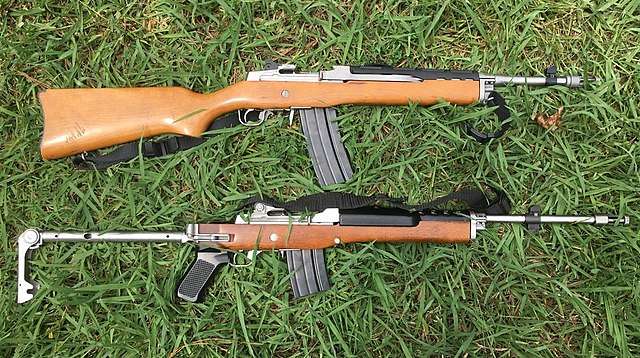 Both are mechanically identical. They fire the same cartridge; they have the same effective range, the same rate of fire, and the same mechanical accuracy. But under the 1994 Assault Weapons Ban (AWB), only one of these guns, the lower one in the photograph, was banned as an "assault weapon" due to the folding stock and pistol-grip design. Features like a folding stock or muzzle brake have little effect on the function of a firearm. Yet these cosmetic components were explicitly restricted as "common characteristics" of assault weapons in the language of the 1994 law. And despite the ban on the "assault" version, the fixed-stock Mini-14 was classified as a "firearm with legitimate utility" that could be sold by any licensed retailer. None of the features included or exempted in the AWB have any bearing on the lethality or mechanical function of the firearm itself.

Further clouding the issue are contradictory definitions for firearms in state and federal firearms codes. California's laws (the supposed model for gun control) are so complex that even honest compliance can lead to significant legal problems. Scott Kirschenmann found that out when he contacted the California Department of Justice to register his lawfully assembled firearms. As a result of his good-faith attempt to follow the law, he was arrested and charged with 18 counts, including felony possession of an illegal firearm. Thankfully, his case was ultimately dismissed, though not before some of his firearms were destroyed by law enforcement.

Even gun control advocates can get in trouble. Scott-Dani Pappalardo made a video of himself destroying his AR-15. In the course of that destruction, he inadvertently created a highly illegal, short-barrel rifle. Fortunately for him, he was not brought up on charges.

Gun control groups insist "assault weapons" like the Mini-14 or AR-15 are the cause of mass shooting violence in America and must be regulated accordingly. A very broad definition of "mass shootings" compiled by the Gun Violence Archive tabulated 465 fatalities across 417 incidents in 2019. Those deaths represent about 2.8 percent of the 16,425 total homicides that year. Rifles were used in only 6 percent of all gun-related homicides in that same year. Many of these incidents were more commonplace types of criminal activity, such as shootouts over drugs or gang turf. Few of these incidents constitute a "shooting spree" of indiscriminate violence. Rare randomized killing sprees get disproportionate news coverage and politicians rush to the soapbox to proclaim that they are taking decisive action.

While we may not comprehend the motives for these tragedies, we can learn from them by deconstructing some of the more notorious ones. It might surprise some to learn that the presence of a semi-auto rifle is not a common denominator in the bloodiest mass shootings.

The 2007 Virginia Tech shooter was not armed with an assault weapon, just a 9mm Glock, a .22 caliber target pistol, and a duffel bag full of spare 10-round magazines at his hip during his 10-minute rampage. In 1991, a man crashed his truck into a Texas restaurant. Over 15 minutes, armed only with a pair of handguns, he fatally wounded 13 people and systematically executed 10 more. The 1946 "Walk of Death" in Camden, New Jersey, was perpetrated by a disturbed veteran armed with a 9mm pistol, two eight-round magazines, and some loose ammo in his pocket.

There is little evidence that weapon type, caliber, or capacity has any relation to the number of casualties in a spree killing. The spree shooter will always have the best advantages: planning and surprise. Typically, they deliberately select locations where firearms are unlikely to be present. Without resistance they can maneuver aggressively and without fear of reprisal.

The most significant factor in reducing fatalities in these sprees is how quickly an armed defender intervenes. These discoveries have prompted doctrinal changes in police departments. Official police procedure now is to engage the shooter immediately, with or without backup.

Today's gun owners are an increasingly diverse segment of the population. Associations like the National African-American Gun Association, the LGBTQ+ group Armed Equality, and the Well-Armed Woman have seen record growth in the last year. In a time when many people are questioning the role of law enforcement in their daily lives, it makes sense for greater numbers of people to take personal responsibility for the safety of themselves, their families, and their homes.

Experts prize the AR-15 as the ideal home-defense tool. High-capacity magazines are a particular benefit to senior citizens or physically disadvantaged people who might struggle with handling a handgun or shotgun. The lightweight bullets have low recoil; compared to shotgun and pistol rounds, they are less likely to over-penetrate walls and barriers. Everything the home defender will need can be prepared and stored safely under lock and key until needed for an emergency (which is hopefully never).

Banning such weapons would make felons out of people who have committed no harm and simply wish to protect themselves. Greater regulation will disarm marginalized groups facing very real threats of violence.

We must be wary of politicians who know little about firearms yet promise fast-acting, feel-good legislation instead of working towards more meaningful solutions.

Erik Nelson is the owner of Nelson Gunsmithing in Boise, Idaho.