Americans' Lust To 'Cancel' One Another Should Spark Soul Searching

It's the result of our overly politicized culture where many people like to shame and destroy their enemies, but it is undermining the benefits of free and open dialogue. 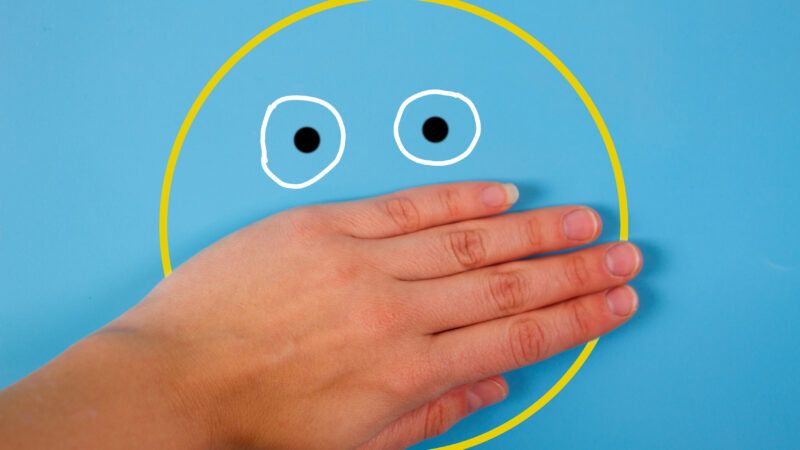 After annoying some progressive activists years ago over a column I wrote about a property dispute between a predominantly Latino school district and one of its neighbors, I had to sit through a meeting where I was questioned about my ethnic sensitivity. It was a weird feeling given that my column covered land-use matters and not race or nationality. Fortunately, my critics were polite and the editors had my back. Life went on.

Nevertheless, the incident provided a "note to self" moment. Imagine what can happen to those who say or write something that's too close to—or slightly over—the (ill-defined) line. I've published 200,000 words In recent years, canceling has become quite the phenomenon. It's the result of our overly politicized culture where many people like to shame and destroy their enemies. Since it seems that we're all now members of warring political tribes, there are plenty of enemies to go around. Social media platforms make that shaming process fast, fun, and easy.

Did you read about the 30-year-old executive who, before boarding a 2013 flight from New York to South Africa in 2013, sent out snarky tweets from the airport? She joked about a German with body odor, Brits with bad teeth, and then—to her regret—let loose an offensive tweet about AIDS and Africa. Despite having only 170 followers, the tweet went viral. Her career and reputation were ruined by the time the flight landed in Cape Town.

Last week, we learned that The New York Times ousted a top reporter, 45-year veteran Donald McNeil Jr., after 150 fellow employees demanded his firing. They learned that he had used the N-word while representing the newspaper during a 2019 trip to Peru. In his apology, McNeil explained that he was "asked at dinner by a student whether I thought a classmate of hers should have been suspended for a video she had made as a 12-year-old in which she used a racial slur."

McNeil said he "asked if she had called someone else the slur or whether she was rapping or quoting a book title. In asking the question, I used the slur itself." The Times took an unyielding approach. "We do not tolerate racist language regardless of intent," the newspaper's top editors said in explanation. No wonder so many normal, non-racist Americans are concerned about canceling.

Intent should always be a factor. Not that these incidents usually are judicial matters, but our legal system provides a guide. There are much stiffer penalties for those who plot an elaborate murder and for those who accidentally kill someone through recklessness or even by accident. If intent doesn't matter and due process is denied, then we all better clam up, keep our heads down, and not look at anyone the wrong way.

Certainly, private companies are free to set their own standards. I'm legally allowed to spend my weekends speaking at neo-Nazi rallies, publicly praying for an Islamic state, or organizing the local chapter of the Communist Party, but my employer has every right to dismiss my "at will" contract after learning about any of those activities. (Note: Do not call the editor or "cancel" your subscription. That was only a joke.)

Many of us, however, feel frustrated by the inconsistent standards. The Times embraced "zero tolerance" with McNeil, but took a different approach in 2018 when it hired Sarah Jeong, who had used the hashtag #CancelWhitePeople. Among her many odd tweets: "Are white people genetically predisposed to burn faster in the sun, thus logically being only fit to live underground like groveling goblins?" I ponder the intent of that question.

What do we do? There are no simple answers, but we can embrace general guidelines. Canceling was designed to attack public figures. How about cutting non-public figures slack? Let's recognize a statute of limitations. Saturday Night Live featured a hilarious skit about cancel warriors who doxed 5-year-olds for their insensitive words. It should make us think twice before ruining someone's life because of a stupid teen-aged post.

Despite the Times' editors' arguments, I think intentions matter. So do apologies. And how about recognizing that punishments ought to fit the transgression? People who incite online mobs ride a moral high horse. Let's view them for what they really are: the online version of Mean Girls, who take perverse pleasure in humiliating others.

I'm not calling for policy or legal changes, but for Americans to do some soul-searching as they navigate a brave new social-media world where small mistakes can be telegraphed to millions. The bottom line: Let's be more forgiving and embrace a broader culture of open dialogue.

This column was first published in The Orange County Register.