The COVID-19 pandemic drove an unprecedented drop in incarceration, a new study finds, but the authors warn it could bounce right back. 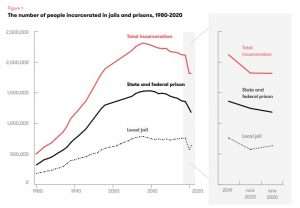