Yes, the Senate May Hold Trump's Impeachment Trial After He Leaves Office 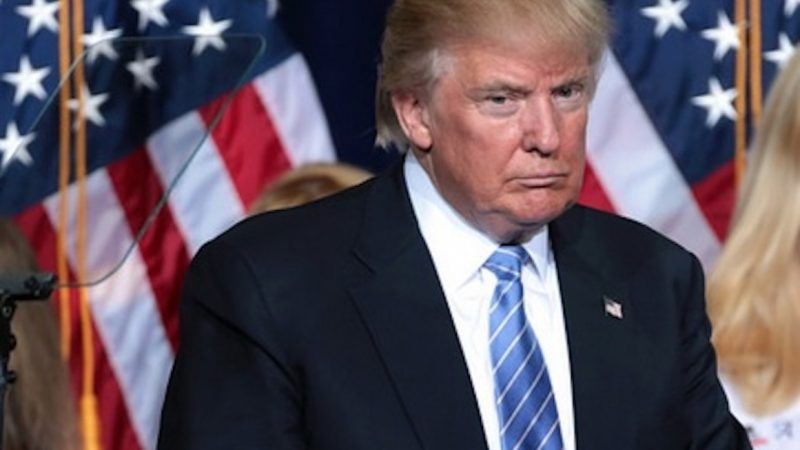 Writing in The Washington Post, Judge J. Michael Luttig, a Republican appointee who sat on the U.S. Court of Appeals for the 4th Circuit from 1991 to 2006, asserts that even if the House of Representatives votes swiftly to impeach President Donald Trump, the timing of that impeachment vote would effectively prevent the Senate from taking any action. "It appears that even if the House of Representatives impeaches President Trump this week," Luttig writes, "the Senate trial on that impeachment will not begin until after Trump has left office and President-Elect Biden has become president on Jan. 20. That Senate trial would be unconstitutional."

Would it? Both constitutional history and congressional precedent tell a different story.

In 1797, the House of Representatives impeached and the Senate expelled Sen. William Blount of Tennessee for committing "high crimes and misdemeanors" after President John Adams charged Blount with taking part in a British plot. The Senate held Blount's impeachment trial after he was kicked out of office.

In 1827, Vice President John C. Calhoun took the unusual step of requesting a congressional impeachment investigation of himself for misdeeds that his political opponents said he committed while he was serving as secretary of war. In other words, Calhoun wanted to be investigated after the fact in order to clear his name. That congressional impeachment investigation occurred after Calhoun had left office as secretary of war.

In 1846, former president (and son of another former president) John Quincy Adams, who was then serving in Congress as the senior representative from Massachusetts, gave a full-throated defense of the impeachment of federal officials after they left office. "I hold myself, so long as I have the breath of life in my body," Adams declared, "amenable to impeachment by this House for everything I did during the time I held any public office."

In 1876, the House impeached ex-Secretary of War William Belknap after he resigned from office over a corruption scandal. What is more, as the legal scholar Brian C. Kalt notes in his exhaustive study, "The Constitutional Case for the Impeachability of Former Federal Officials," "the House unanimously voted and the Senate ruled specifically that resignation could not terminate the congressional impeachment process."

The text of the Constitution also cuts against Luttig's position. According to Article I, Section 3, "Judgment in Cases of Impeachment shall not extend further than to removal from Office, and disqualification to hold and enjoy any Office or honor, Trust or Profit under the United States." On its face, the penalty of "disqualification" applies to both current and former federal officials, both of whom Congress may deem it necessary to bar from holding future office.

Another problem with Luttig's case is that, if adopted, it would disfigure the constitutional impeachment power by undermining its role as a deterrent against future bad behavior by federal officials.

The House is not only planning to impeach Trump as punishment for his part in the attack on the Capitol but also in order to send a message to all future presidents that Trump's misdeeds are beyond the pale. Holding a Senate impeachment trial after Trump leaves office is an entirely constitutional way to do both.