Ka’Mauri Harrison is accused of bringing a BB gun to school. But he never left his house. 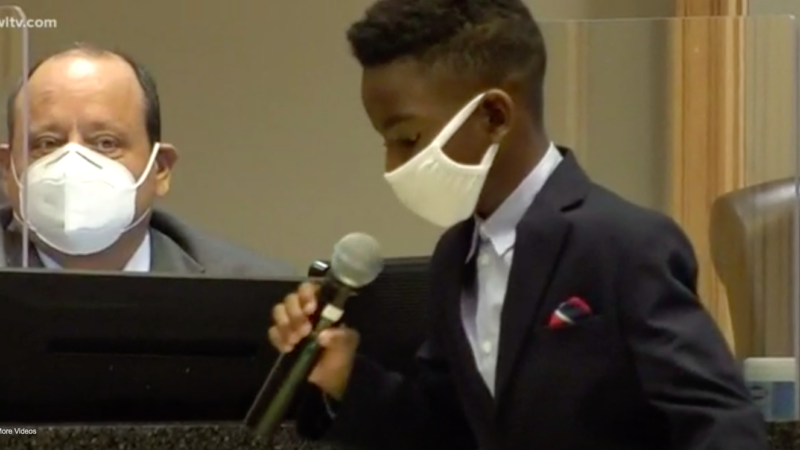 In September, Louisiana's Jefferson Parish Public Schools suspended a 4th grader—Ka'Mauri Harrison—for six days because he allowed a BB gun to briefly appear on his screen during virtual Zoom school. On Friday, the school board declined to remove the suspension from his permanent record, according to local news.

They did change the six-day suspension to a three-day suspension plus three unexcused absences, which was entirely unacceptable to Harrison's father, who stormed out at the end of the lengthy meeting:

The Woodmere Elementary fourth-grader said he was moving the BB gun so his brother didn't trip on it when his teacher saw in during a virtual classroom session.

The Harrisons have argued their home is not an extension of Ka'Mauri's classroom. The school system has stood its ground and refused to change his record.

That happened even after a new law was passed—and named in Ka'Mauri's honor—to deal with similar situations.

"Are you aware you were suspended because you brought a BB gun to school?" Chelsea Cusimano, the Harrison family attorney, asked Ka'Mauri as he testified during the hearing.

"I didn't bring my BB gun to school," he answered.

School Board member Simeon Dickerson, a former teacher, asked Nyron Harrison, Ku'Mauri's father, to think of how his teacher felt seeing a gun on her computer screen.

"I know what a BB gun looks like. And you know what it resembles? A real gun. OK? It resembles a real gun," Dickerson said.

I wrote about this story in September, and it's as outrageous today as it was then. Bringing a fake gun to school is not at all the same thing as briefly and accidentally allowing a fake gun to be glimpsed on a computer screen.

During these very difficult and stressful times for parents and families, the last thing schools should be doing is inflexibly applying overly punitive rules. The pandemic is no excuse to broaden the public school system's zone of authority into people's homes.