ISU initially criticized the tweet, but later affirmed the group's free speech rights and declined to punish them. 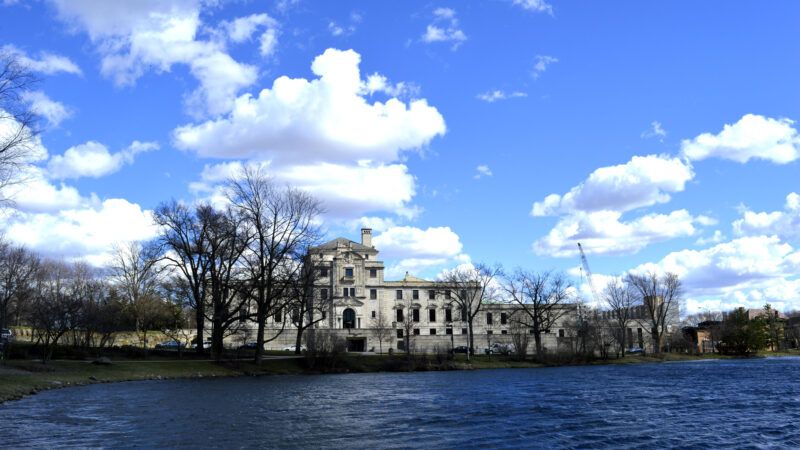 Iowa State University has reaffirmed the free speech rights of conservative students initially under fire for tweeting an edgy comment—thus provoking the ire of several ISU journalism professors who demanded the students be punished.

A few days after the 2020 election, the Twitter account of ISU's College Republicans made this statement: "Everyone, you must arm up, expect these people to try to destroy your life, the elites want revenge on us."

The tweet may have been hyperbolic, but it did not endorse violence. It did not call for violence or encourage armed resistance. At most, it was a trollish right-wing talking point alongside a call to purchase guns.

Nevertheless, ISU interpreted the tweet as a "suggestion of armed activity," in possible violation of university policy. An ISU spokesperson told The College Fix that the matter would be investigated.

This drew the attention of the Foundation for Individual Rights in Education (FIRE), which defends the free speech rights of students and faculty members. In a letter to ISU, FIRE correctly explained that the tweet was protected by the First Amendment, and the public university could not punish conservative students for their sentiment. "Although the university may legally punish 'true threats'—serious expressions of an intent to commit an act of unlawful violence against a particular individual or group of individuals—it may not punish expression that fails to rise to this narrow category of unprotected speech," wrote FIRE.

To its credit, the university swiftly reached the same conclusion, and informed FIRE within an hour of receiving the letter that the students would not be punished.

"The protections afforded by the First Amendment and similar provisions in the Iowa Constitution are core values of the university and are foundational to the university's mission to create, share, and apply knowledge to make Iowa and the world a better place," ISU responded.

While it would have been preferable for the university to have avoided suggesting the tweet could result in punishment in the first place, ISU administrators deserve credit for quickly reversing course. They also deserve considerable praise for continuing to reject the demands of many members of campus—including several journalism professors—who want the College Republicans disbanded for creating an unsafe environment.

On November 12, Assistant Professor Kelly Winfrey and Associate Professor Novotny Lawrence of ISU's journalism school circulated a petition signed by more than 750 students, faculty, and alumni. "We are appalled that the Iowa State University administration has decided it will not invoke disciplinary action on…the Iowa State University College Republicans…for a tweet that, having nothing to do with the political nature of the organization, incites violence and creates a campus climate that feels threatening to and isolates students, faculty, and staff of marginalized and historically oppressed populations," they wrote. "Privileging the free speech of those causing harm over the safety of the historically marginalized members of our community furthers the damage."

The petition accuses the university of failing to fight inequity and racism, and making everyone feel less safe on campus.

In response, the administration carefully explained that it simply could not violate the First Amendment rights of students, no matter how much some members of campus might desire this.

"At the core of this demand is a disconnect between the law and First Amendment freedoms guaranteed by our Constitution, and the desire by many in the campus community to punish those whose comments are hurtful to others," wrote the administration. "In short, this demand asks that the university proactively violate the law, and we will not do so."

The administration's response noted that there are many campus resources for students and faculty who feel threatened or unsafe, including counseling services and the police. This also irked Winfrey, Lawrence, and ISU staff recruiter Lindsay Moeller, who penned the following lament:

We are sorry that the university administration directed those who feel unsafe to contact a resource for help — the police — that disproportionately harms or kills members of the very populations we were trying to protect by demanding action.

We are sorry that the university is calling for education that will disproportionately tax members of historically marginalized populations by using their emotional labor and time to justify their very existences in spaces in which they already feel unsafe.

We will remain unapologetic in our efforts and continue to work for you, to call out hate and to push for university policies — and enforcement of those policies — that reflect the values of diversity and inclusion it espouses.

Activists are welcome to push for more diversity and inclusion, but they can't violate the First Amendment in pursuit of these goals. Ideally, this would be a lesson that ISU's journalism professors were already teaching to their students, rather than something they themselves had to discover for the first time. (And we wonder where so many young progressives in media came up with the idea that their job is to suppress information that conflicts with a woke worldview.)

In any case, good on ISU for defending free speech principles in the face of considerable hostility.