With a lot of money spent for little results, the most recent election was a rebuttal to arguments for campaign finance reform. 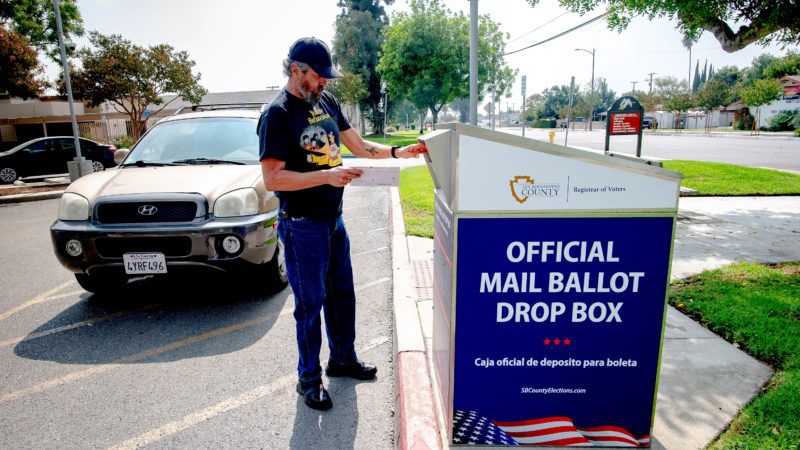 Democrats across the country opened their wallets and poured huge amounts of money into the race for Senate Majority Leader Mitch McConnell's (R–Ky.) seat in an effort to flip control of the chamber.

McConnell's Democratic challenger, Amy McGrath, raised $88 million during the campaign, according to OpenSecrets, a website run by the Center for Responsive Politics, a nonprofit that tracks political fundraising. McConnell, on the other hand, raised only $55 million—though he had millions more in the bank from previous campaigns. Independent super PACs (political action committees), which are campaign organizations that operate independently of political candidates, also spent more heavily in favor of McGrath, according to OpenSecrets' data.

In the end, McConnell won reelection by nearly 20 points.

Kentucky wasn't an isolated incident. In several high-profile races in both the House and Senate, candidates with money failed to win critical races. In North Carolina, Democratic candidate Cal Cunningham lost despite raising $46 million to incumbent Republican Sen. Thom Tillis' $21 million. When you combine that with spending by super PACs and other unaffiliated groups, the North Carolina race cost a bit more than $287 million—making it the most expensive Senate race of the year. In South Carolina, Democratic challenger Jaime Harrison raised $107 million to Sen. Lindsey Graham's $72 million. In Montana, Gov. Steve Bullock, a Democrat, raised $42 million in a failed attempt to take the Senate seat of Republican Steve Daines, who raised $27 million.

In every one of those states, the less well-funded incumbent won his race handily.

The same phenomenon occurred in the presidential primaries. Billionaire candidates like former New York City Mayor Mike Bloomberg and environmental activist Tom Steyer self-funded expensive campaigns that failed to get much traction. Despite spending nine-figures of his own money, Bloomberg walked away with a single primary victory in American Samoa. Tom Steyer didn't even get that much, as he dropped out before Super Tuesday.

This election cycle cost almost $14 billion in spending, nearly twice as much as the 2016 cycle, the next most expensive election in U.S. history. Biden became the first presidential candidate ever to raise over a billion dollars, and there was more outside spending on elections than ever before. But how much of it was actually worthwhile?

While it is true that the vast majority of races are won by the candidate that raises and spends more money, most of those races aren't competitive, and it's essentially millions of dollars getting raised and spent for no reason. Take Rep. Steve Scalise (R–La.), who raised $30 million this year. His opponent raised almost nothing, and unsurprisingly Scalise won with ease.

But when it comes down to competitive races, money only does so much. There was a fear that in the post-Citizens United world, that money would be the deciding factor in politics and that corporations and their ilk could just buy seats. Sanders outright claimed that "billionaires can buy elections." Vice President-elect Kamala Harris argued that it has "damaged our democracy."

The evidence doesn't seem to back up those claims. As important as money is—and it is important—having more of it does not grant an electoral fait accompli. And if you still want money out of politics, take Mark Cuban's advice and spend your cash on those who need it—not on politicians who have plenty already.