Plus: DOJ argues for right to kill civilians, tech CEOs are back before Congress today, Dolly Parton helped fund COVID-19 vaccine, and more... 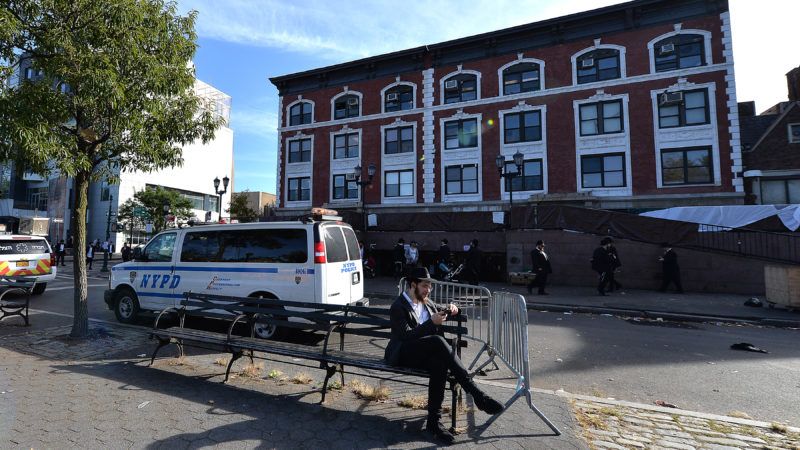 They suggest to the Court that Cuomo "made clear through unambiguous statements that the order was targeted at a religious minority's practices and traditions," and ask "whether an executive order violates the Free Exercise Clause when the order, on its face, disfavors worship."

Their neighborhoods and religious institutions have been—in the words of the Governor himself—"targeted." The Governor publicly asserted that other Orthodox Jews had violated his prior rules, and therefore the Governor imposed severe restrictions on worship across several Orthodox Jewish neighborhoods. Applicants themselves are not alleged to have violated any public health or safety rules. To the contrary, they have carefully and successfully complied with mask requirements, social distancing, and capacity constraints. Yet the Governor's guilt-by-religious-association restrictions have made it impossible for Applicants and their members to exercise their religious faith. The restrictions have eliminated the ability of many Jews to worship on important religious holy days. None of this is necessary to protect public health.The Governor has admitted that the restrictions are not based on science, but rather on "fear" and "emotion" about areas that would be "safe zones" in other states.

You can read the full petition here.

Last week, the Catholic Diocese of Brooklyn made a similar ask of SCOTUS. The diocese also claimed Cuomo's order was discriminatory, saying that it "expressly singles out 'houses of worship' by that name for adverse treatment relative to secular businesses, and does so in a way that is not narrowly tailored to any compelling government interest, in direct violation of the First Amendment's Free Exercise Clause."

More on that case here.

A lawyer for the United States argued Monday that the government has the power to kill its citizens without judicial oversight when state secrets are involved….

The hearing before the federal appeals court came as the government fights to hold off allegations by two journalists who say it wrongly targeted them as terrorists in Syria.

One of the journalists, U.S. citizen Bilal Abdul Kareem, says his interviews with al-Qaida-linked militants landed him on the U.S. kill list. Just in June and August 2016, Kareem says, the U.S. government targeted him five times, including one drone strike involving a U.S.-made Hellfire missile.

Tech CEOs are back before Congress today, and once again facing impossibly conflicting demands from Democrats and Republicans there:

But gov't can't force either. At most, it can ensure that websites aren't sued for blocking hate speech pic.twitter.com/2ZvEE3MHJ1

The hearing will also focus on the 2020 election and how the social media and search companies handled content related to it.

Georgia Secretary of State Brad Raffensperger said Monday that he has come under increasing pressure in recent days from fellow Republicans, including Sen. Lindsey O. Graham (S.C.), who he said questioned the validity of legally cast absentee ballots, in an effort to reverse President Trump's narrow loss in the state.

• Happy we may have a COVID-19 vaccine soon? Thank Dolly Parton!

Fact-checking this was worth it just to see @DollyParton in the acknowledgments of a @NEJM article. And I thought I couldn't love her more. https://t.co/S3njHEFcGT pic.twitter.com/WcrFIrHp67

• On Monday, Philadelphia banned indoor gatherings involving people from more than one household until next year.

• The Supreme Court offers no relief to Texas prisoners:

• "Before Trump won in 2016, conservative media was actually, finally, starting to develop a marginal sense of independence. But once he became the president all of that just fell apart. Now you can't have a conservative outlet unless you worship Donald Trump," early online conservative columnist Matthew Sheffield tells The New York Times.