"There’s a big difference between equality and equity." 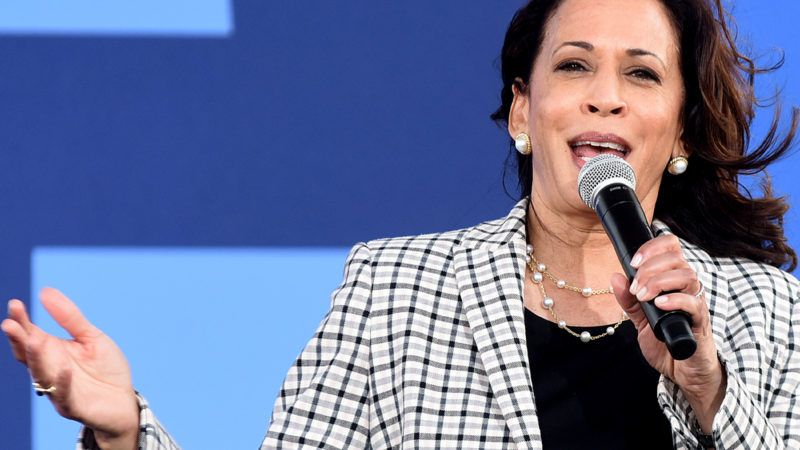 Democratic vice presidential candidate Kamala Harris provided narration for a short animated clip that appeared on her Twitter feed Sunday. In the clip, Harris gives voice to a leftist-progressive narrative about the importance of equity—equal outcomes—rather than mere equality before the law.

"There's a big difference between equality and equity," says Harris. "Equality suggests, 'Oh, everyone should get the same amount.' The problem with that, not everybody's starting in the same place."

Harris contrasted equal treatment—all people getting the same thing—with equitable treatment, which means "we all end up at the same place."

There's a big difference between equality and equity. pic.twitter.com/n3XfQyjLNe

This may seem like a trivial difference, but when it comes to public policy, the difference matters. A government should be obligated to treat all citizens equally, giving them the same access to civil rights and liberties like voting, marriage, religious freedom, and gun ownership. The government cannot deny rights to certain people because they are black, female, Muslim, etc.—this would be unequal treatment.

A mandate to foster equity, though, would give the government power to violate these rights in order to achieve identical social results for all people. In accordance with this thinking, the authorities might be justified in giving some people more rights than others. Indeed, this would arguably be strictly necessary, in order to create a society where everyone ends up in the exact same situation.

Conservatives swiftly condemned Harris's tweet in characteristically dramatic fashion: Rep. Liz Cheney (R–Wyo.) accused Harris of sounding "just like Karl Marx." Harris probably isn't a committed Marxist—if anything, her core ideology seems to be whatever the current political moment calls for—but it's probably true that the people on her staff who helped make this video are well-informed about the sort of lingo that appeals to young progressive activists. This cohort is certainly interested in radical ideas like using wealth redistribution to engineer leftist social outcomes.

If the Biden-Harris ticket triumphs on Election Day, expect some of these people to find themselves staffing the vast federal bureaucracy, taking jobs in the Departments of Education, Labor, Housing, and elsewhere. There are a million different ways for these bureaucrats to make marginal, under-the-radar policy changes that support an equity-over-equality worldview. That's a far greater danger than Harris's earnest and clumsy attempts to woo the wokest of the woke.