To Ban Evictions During COVID-19, the CDC Demands Huge Expansion of Executive Power

A mounting number of lawsuits are challenging the Trump administration's claim that it can adopt any policy it deems reasonably necessary to combat the pandemic. 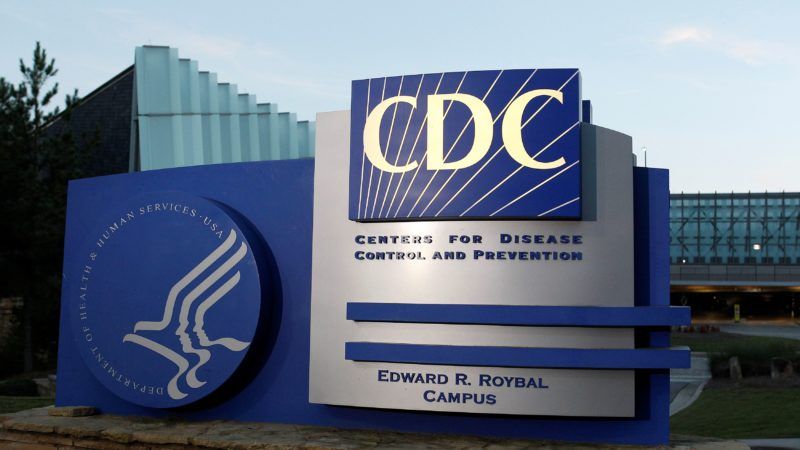 Lawsuits continue to mount against the Trump administration's September-issued eviction moratorium, which bans landlords from removing tenants for non-payment of rent through the end of the year, and threatens hefty fines and even jail time for property owners who violate it.

The statutes and regulations that the administration and the Centers for Disease Control and Prevention (CDC) are leaning on to justify their moratorium come nowhere close to authorizing a nationwide emergency ban on evictions, say a growing number of plaintiffs. Allowing the order to stand would give the federal bureaucracy near-limitless authority to issue regulations and mandates in the name of public health, they argue.

"I'm not being hyperbolic when I say that if [the CDC's] interpretation is accepted, it means the CDC can issue any of the same orders at all that any of the governors across the country have done," says Luke Wake, an attorney with the Pacific Legal Foundation (PLF). "Business closures, micromanaging the economy, what we can do in our private circles. That would all be under their purview."

On Friday, the PLF filed a lawsuit in the U.S. District Court for the Northern District of Ohio on behalf of several Ohio property management companies and the National Association of Home Builders, all of whom say the CDC's eviction moratorium is preventing them from removing non-paying tenants.

In their complaint, these plaintiffs argue that the CDC's eviction moratorium—which went into effect within days of the text being released, without any opportunity for affected parties to provide feedback—violates the federal Administrative Procedure Act's notice and comment requirements.

They also argue that the federal law the CDC's order rests on does not give the executive branch carte blanche to issue an eviction moratorium.

That law, the Public Health Services Act, gives federal public health officials the authority to make regulations "reasonably necessary" to prevent the interstate spread of communicable disease, including "inspection, fumigation, disinfection, sanitation, pest extermination, and destruction of animals or articles believed to be sources of infection."

The CDC, in the text of its emergency order, lists a number of explanations for why a moratorium is "reasonably necessary" to prevent the spread of COVID-19.

Absent its eviction ban, up to 40 million renters would be at risk of eviction, the order reads, citing an upper-end estimate put out by the Colorado-based COVID-19 Eviction Defense Project. People being evicted are likely to move in with family, friends, or into crowded group settings like homeless shelters, it continues, raising the chances of coronavirus transmission.

Evictions also pose a particular risk of interstate transmission, the CDC argues in the text of its order, because some 15 percent of moves pre-pandemic were between states.

That's a tortured interpretation of the Public Health Services Act and related regulations, counters Wake, saying that measures that could count as "reasonably necessary" under the law are limited by the explicit powers the law gives public health authorities.

"When Congress gives a list of things that says an agency can do XYZ and then has some catchall language we need to interpret that catchall language consistent with the XYZ," he says. That means that the CDC is limited to issuing regulations related to inspection, fumigation, disinfection, and other things spelled out in the Public Health Services Act itself.

The Trump administration has pushed back on that interpretation of the law. Instead, it has argued in legal filings in a separate but related lawsuit challenging its eviction moratorium that the intent of the Public Health Services Act was to give public health officials "maximum flexibility" to combat disease.

Because the law provides the government with the authority to intrude on private property and even detain individuals, an eviction moratorium that limits private property owners' rights to remove non-paying tenants is clearly justified, it argues in a brief filed in early October.

That's an incredibly sweeping claim of power that should concern anyone who thinks there should be some outer bound on the government's coercive authority to respond to the pandemic.

Regrettably, much of the media attention that the CDC's eviction moratorium has attracted has instead focused on whether local and state courts are doing enough to enforce the likely illegal order.

PLF's lawsuit is asking the court for a preliminary injunction against the CDC's eviction moratorium, and ultimately for the order to be declared unlawful and/or unconstitutional. That'd be good news for those who think the powers of the Trump administration—and subsequent administrations—ought to be limited, even during a pandemic.