That so many Americans believe Biden and Trump are foreign-backed puppets is less testimony to the effectiveness of overseas scheming than to our own political culture. 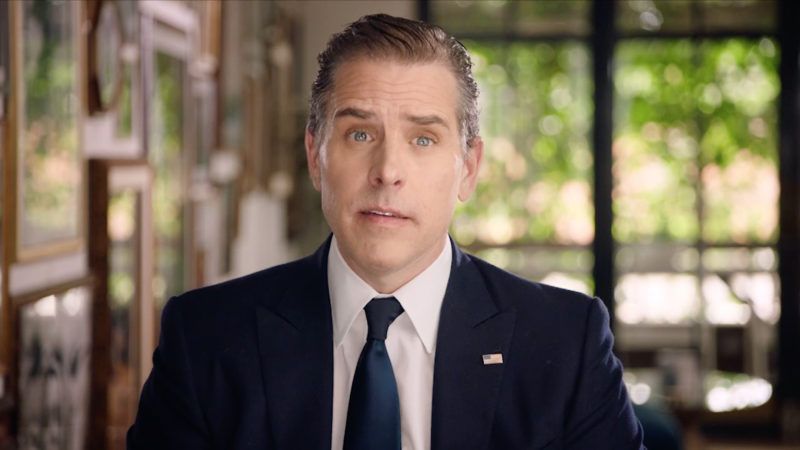 For a people famously disinterested in events outside their own borders, Americans offer up a lot of rent-free space in their minds to foreign political operatives. Liberals fret that Russians plot nefarious schemes to support President Donald Trump's reelection effort, while conservatives worry that Chinese and Ukrainian energy companies are funneling funds to Democratic presidential contender Joe Biden through his son.

That foreign players have fiddled with U.S. elections in recent years is no revelation, though it seems unlikely that the efforts had much impact. That so many Americans find it believable that major presidential candidates are foreign-backed puppets is less testimony to the effectiveness of overseas scheming than to the fraught nature of U.S. political culture.

In an already volatile political climate, The New York Times recently reported that "President Vladimir V. Putin of Russia is most likely continuing to approve and direct interference operations aimed at raising President Trump's re-election chances, a recent C.I.A. analysis concluded." That squares with warnings from RAND Corporation that "Russia might try again to manipulate and divide U.S. voters through social media."

Both analyses are just a hair more than speculative—the CIA has "moderate confidence" in its findings—but they follow up on reports of Russian dirty tricks in the 2016 election involving hacked emails released through Wikileaks and incendiary social media posts from front groups that were supposed to set Americans against one another (more than they already are, that is).

For anybody at this late date who doesn't have at least a rough familiarity with the shenanigans, they're covered in Special Counsel Robert S. Mueller's report on the subject. While Mueller's team uncovered a remarkable amount of political sleaziness and the tacit approval of the dirty tricks campaign by the Trump team, "ultimately, the investigation did not establish that the Campaign coordinated or conspired with the Russian government in its election-interference activities."

That means Russia's efforts were covert (not causally linked to the source) and carried out without the active participation of a contender for office. That, according to the University of Hong Kong's Dov Levin, who studies such interventions, is the sort of fiddling that has a low likelihood of having an impact.

"Without the domestic actor's cooperation in providing information (or 'local knowledge') about the electorate's preferences and the best ways to intervene in its favor, the great power will usually see its chances of succeeding as too low to justify an electoral intervention," he wrote in a 2016 paper published in International Studies Quarterly. Likewise, "a covert intervention carries far lower chances of a backlash due to the inherent secrecy in the provision of the electoral aid. However, the lower risk comes with reduced effectiveness."

By contrast, coordinating with a party and openly endorsing its candidate—or threatening to, for example, cut aid if a disfavored candidate wins—carries more risks but a higher chance of success.

That's not to say that covert operations are unknown—they make up the majority of the 117 electoral interventions by the U.S. and the U.S.S.R./Russia between 1946 and 2000 that Levin studied (yes, America has been a major offender when it comes to sticking its nose into other people's elections). But covert operations still require a significant commitment, such as the millions of dollars the U.S. funneled to a Thai political party for that country's 1969 elections.

By comparison, email leaks and hundreds of thousands of dollars for Twitter and Facebook political ads, even when coordinated by Russia's modestly funded Internet Research Agency, is awfully low-rent. The campaign seems crafted less to affect the U.S. election than to let the officials of post-Cold War Russia flex atrophied muscles and—after the efforts were disclosed—convince the Russian public that their country is still an international player.

That same perspective needs to be applied to New York Post reports of Ukrainian and Chinese business executives paying Hunter Biden for access to his presidential-hopeful father. If verified, the correspondence published by the Post would confirm suspicions that Hunter Biden's main asset through his many sketchy business dealings over the years has been his last name.

But a politician's relative peddling promises of access is evidence of garden-variety corruption of the sort that plagues politics in good times and bad. It's not confirmation of accusations that the politician is a foreign asset and "the Chinese Communist Party's candidate for president," as a very briefly serving former acting U.S. Attorney General alleges.

Which is to say there's no proof that Biden is a willing participant in foreign political intervention covert, overt, or any other sort.

What we're seeing through all of this is less evidence that foreigners are gaming American elections in any serious way than that Americans have eroded their own political culture. More to the point, too many of us now question the decency and the legitimacy of political opponents.

"We find pronounced willingness by both Democrats and Republicans to dehumanize members of the out-party," four political scientists noted in a 2019 paper published in Political Behavior. "By depriving political opponents, to even a small extent, of the complex thoughts and scruples we often associate with humanity, we make them easier to stereotype and we may more readily ascribe simpler, more base, and even nefarious, motivations to them."

As a result, too many of us don't just decline to vote for candidates we don't like, or simply disagree with their supporters. Instead, those "others" must be utterly malevolent, dangerous, and unworthy of respect, with "base, and even nefarious, motivations" that may well include being willing servants of sinister foreign masters.

Foreign governments may try to exploit America's political fractures. They may do so to actually shift the outcomes of our elections or to play to the audience at home. But Americans can only blame themselves for turning a centuries-old democracy into a playground for low-budget dirty tricks.