The Courts Can't Decide How Many Ballot Drop Boxes Ohio Needs, and Now Everyone Else Is Confused Too

An appeals court upheld a rule by the Ohio Secretary of State to limit each county to just one ballot box, overturning a previous ruling that said more boxes were needed. 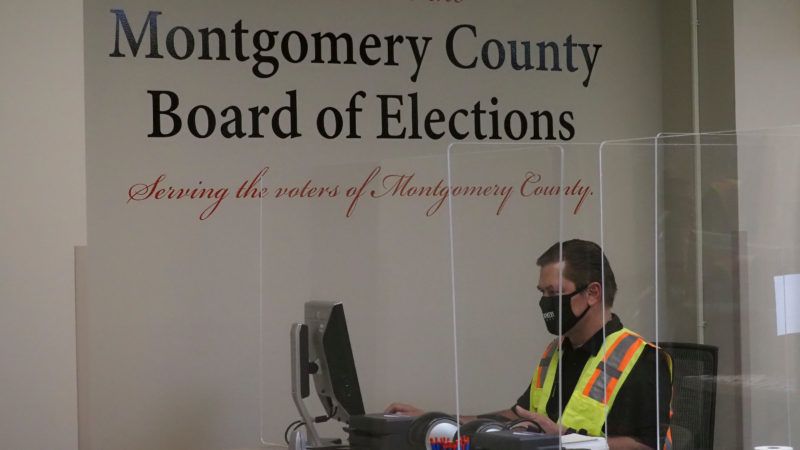 A federal appeals court ruled on October 9 that Ohio can restrict ballot drop boxes to one per county, overturning a previous federal court ruling that said more boxes must be provided.

The whole back-and-forth affair—which is taking place just weeks before Election Day, during a time when Ohioans are already casting ballots—highlights the type of confusion rampant in the lead-up to the 2020 election. In many places, the final stage of the election has become a battle over the mechanics of the voting process, rather than a contest of ideas.

In Ohio, that battle began when Secretary of State Frank LaRose, a Republican, ordered counties to set up a single ballot drop-off box at the county election office. That order was challenged by, among others, the Ohio NAACP and the Ohio League of Women Voters, and on October 8 a federal district judge blocked LaRose's order. U.S. District Judge Dan Polster cited the "disproportionate effect on people of color" that the order would have, and wrote that LaRose was "continuing to restrict [election] boards," and was "doing so in an arbitrary manner."

LaRose appealed to the U.S. Court of Appeals for the 6th Circuit, which on October 9 granted a stay of Polster's order in a split 2-1 decision. The dissenter, Bush appointee Judge Helene White, cited the "constitutionality of an eleventh-hour directive issued unilaterally by a single elected official to disrupt the established plans of bipartisan county boards of elections endeavoring to perform their duty to administer a fair and orderly election in their jurisdictions."

"This week, voters enthusiastically demonstrated how easy it is to vote in Ohio," LaRose said. "The higher court's opinion only reinforces Ohio's standing as a leader in accessible and secure voting options."

The battle over the ballot drop boxes in Ohio is just one of several similar fights taking place in other states as the election nears. In Texas, a federal judge blocked restrictions on ballot box placement, saying that they were an undue restriction on the right to vote.

Despite these various court cases, the real losers are the voters, who are left in limbo as voting rulings change from day to day.