If that standard were applied to other constitutional rights, no one would be left to enforce them. 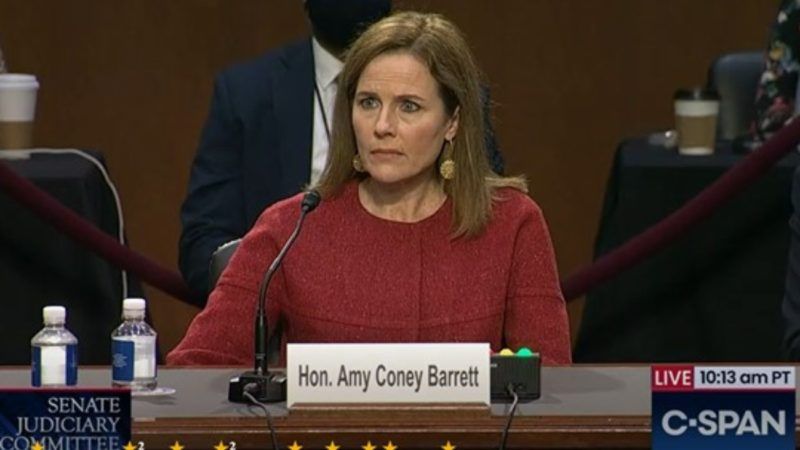 Senate Judiciary Committee Chairman Lindsey Graham (R–S.C.) was trying to help out Supreme Court nominee Amy Coney Barrett when he asked her whether she owns a gun during her confirmation hearing yesterday. But the premise of his question—that gun ownership might be viewed as disqualifying a judge from dealing fairly with cases involving the Second Amendment—could not be more absurd. Here is the relevant exchange:

Graham: When it comes to your personal views about this topic, do you own a gun?

Barrett: We do own a gun.

Graham: OK. All right. Do you think you could fairly decide a [Second Amendment] case even though you own a gun?

CNN highlighted that exchange in a headline and tweet, noting that "Barrett says she owns a gun, but could fairly judge a case on gun rights." The Independent also considered the point noteworthy: "Nominee owns a gun, but says she would rule 'fairly' on gun control cases." So did Fox News: "Barrett admits to owning a gun, says she can set aside beliefs to rule on 2nd Amendment fairly."

As the Fox News example suggests, this framing is probably not simply a matter of anti-gun bias. But it does suggest that, more than a decade after the Supreme Court explicitly recognized that the Second Amendment protects an individual right to armed self-defense, that right is still treated as "second-class" in the press as well as the courts. Try to imagine headlines like these:

Graham's general point was that judges and justices, regardless of who appoints them, are expected to set aside their policy preferences and personal beliefs when they interpret and apply the law. Since there is no such thing as a judge without opinions about policy and politics, such self-discipline is a basic job requirement. It is therefore not reasonable to reject a nominee simply because she took positions on controversial issues (such as abortion) before becoming a judge.

The doubt implied by these headlines goes even further, suggesting that a judge's rulings are suspect when they involve constitutional rights she herself has exercised. If that standard were applied consistently, no one would be left to enforce those rights.