Will These Lawsuits End Trump's Tariffs? More Than 3,500 U.S. Companies Hope So.

The lawsuits have been filed over the past two weeks by several major American companies, including retailers Target and Home Depot, car manufacturers Tesla and Ford, and several major manufacturing firms. 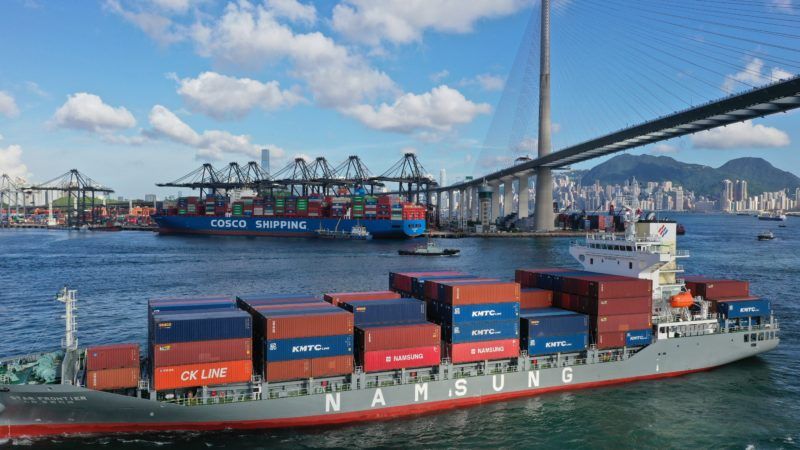 More than 3,500 American companies have filed lawsuits asking a federal court to cancel the Trump administration's tariffs on Chinese-made goods—by far the most significant legal challenge yet to the president's trade war.

The lawsuits were filed over the past two weeks in the U.S. Court of International Trade, a special federal court that hears cases involving customs laws and duties, on behalf of several major American companies. The plaintiffs include retailers Target and Home Depot, car manufacturers Tesla and Ford, and several major manufacturing firms. The companies are challenging what Dana Incorporated, an auto parts manufacturer and plaintiff, calls an "unbounded and unlimited trade war impacting billions of dollars in goods," Reuters reported.

The companies argue that the Trump administration failed to meet certain deadlines for imposing tariffs under Section 301 of the Trade Act of 1974, a federal law that gives the president authority to impose tariffs for the purposes of enforcing trade agreements or countering anticompetitive behavior by foreign countries. Trump invoked Section 301 when slapping an escalating series of tariffs on imports from China starting in 2018, but the lawsuits contend that the administration made procedural mistakes that should invalidate those tariffs.

Essentially, the court is being asked to determine whether Section 301 allows the White House to engage in what the plaintiffs call an "open-ended trade war," or if it merely allows a president to take distinct actions to counter perceived "discriminatory" actions by a foreign government, The National Law Review explains.

The companies concede in their lawsuit that Trump acted within his authority when he imposed 25 percent tariffs on about $50 billion dollars of annual Chinese imports in mid-2018. Those tariffs were implemented to counter what the Trump administration said was unfair practices by the Chinese government having to do with the theft of intellectual property from American-owned businesses.

But when the administration expanded the trade war to include 10 percent tariffs on another $200 billion of annual Chinese imports in 2019, the plaintiffs say it went too far. Section 301 allows a president to "modify or terminate" tariffs at any time, the plaintiffs argue, but it does not allow the government to expand tariffs beyond the initial action.

If the legal challenge is successful, the court would likely order the federal government to remove that second round of tariffs on Chinese imports and refund, with interest, the import taxes paid by American companies. "Duties paid by U.S. importers, by the way, not 'The Chinese,'" writes Dan Ikenson, director of the center for trade policy studies at the Cato Institute, a free market think tank.

This isn't the first legal challenge to Trump's trade war, but it is the first one to target Section 301 tariffs against Chinese-made goods. A previous effort filed by steel importers against tariffs imposed under Section 232 of the Trade Expansion Act of 1962 helped expose the hypocrisy of imposing tariffs for "national security" purposes on imports from allied countries, but their lawsuit failed to overturn them. The U.S. Supreme Court declined to take the case after the Trump administration prevailed at the U.S. Court of International Trade.

Even if the new legal effort succeeds, it would not revoke all of Trump's Section 301 tariffs and would not touch the Section 232 tariffs on aluminum and steel.

Congress, meanwhile, has been completely useless when it comes to reining in Trump's tariff powers. That means the best hope for ending Trump's tariffs probably lies with whoever occupies the White House next year.

Could a second-term Trump be more willing to abandon his failed trade war now that he no longer needs to appear "tough on China" to win reelection? Unlikely, but possible.

Alternatively, a newly inaugurated President Joe Biden could lift the tariffs with the stroke of a pen, though Ikenson warns that Biden could "perceive certain strategic and domestic political advantages in maintaining some, if not all, of those tariffs."

Ultimately, unless Congress takes steps to reform and limit presidential authority over trade, it seems like American businesses will continue to be at the mercy of whomever occupies the White House.