The Supreme Court, Livestreamed and Uncut

Just like millions of their fellow Americans, the justices would have to adjust to the strange new realities of social distancing and working from home.

Damon Root | From the August/September 2020 issue 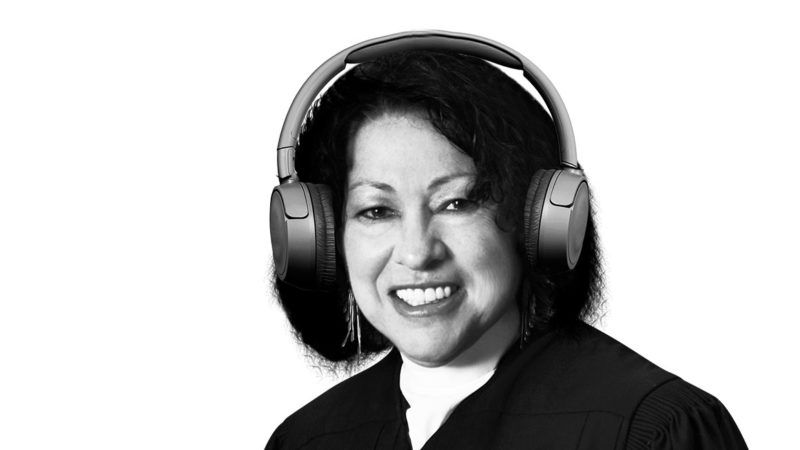 The COVID-19 pandemic has upended business as usual at the U.S. Supreme Court. In March, the body announced that it was postponing all remaining oral arguments from its 2019–2020 term while it "examine[d] the options for rescheduling those cases in due course in light of the developing circumstances." After weighing its options, the Court took the unprecedented step of rescheduling several of the remaining cases for early May, with all parties participating remotely by telephone while a live audio feed went out to the media. Just like millions of their fellow Americans, the justices would have to adjust to the strange new realities of social distancing and working from home.

It actually went pretty well. The justices asked their questions in order of seniority, producing calm and orderly discussions that left ample time for the lawyers to make their respective cases. That approach also led to the surprising sound of the voice of Justice Clarence Thomas, who has famously remained silent during numerous oral arguments over many years, suddenly asking multiple questions each time his turn came up.

There were a couple of hitches. Justice Sonia Sotomayor apparently had some trouble remembering to unmute her line before she started talking. She made that mistake on the first day and then repeated the blunder the next. "I'm sorry, Chief," she sheepishly told Chief Justice John Roberts, after several seconds of awkward silence. "I did it again."

And then there was the flush. On Day 3, while the oral arguments unfolded in Barr v. American Association of Political Consultants, the unmistakable sound of a toilet rang out. The guilty party has yet to come forward.

Minor snafus aside, the overall success of the livestreamed arguments will surely bolster the case for greater transparency at the high court. CNN legal analyst Joan Biskupic even wondered if COVID-19 might prompt the "tech-averse" justices to permanently "open their operations in more modern ways." As she pointed out, "the justices for years have refused to televise hearings, livestream the audio from sessions, or even provide recordings of oral arguments the same day they are held. The Supreme Court of Canada, meanwhile, has been webcasting its proceedings for more than a decade."

We probably won't see cameras inside the building anytime soon. But the justices may finally come to realize that there's no good reason to withhold live or same-day audio. The American people pick up the tab for the Court's operations and deserve to hear what's going on in real time.