Writer-Activist Hit With Licensing Complaint for Calling Himself an Engineer

Licensing laws can be weaponized to chill speech. 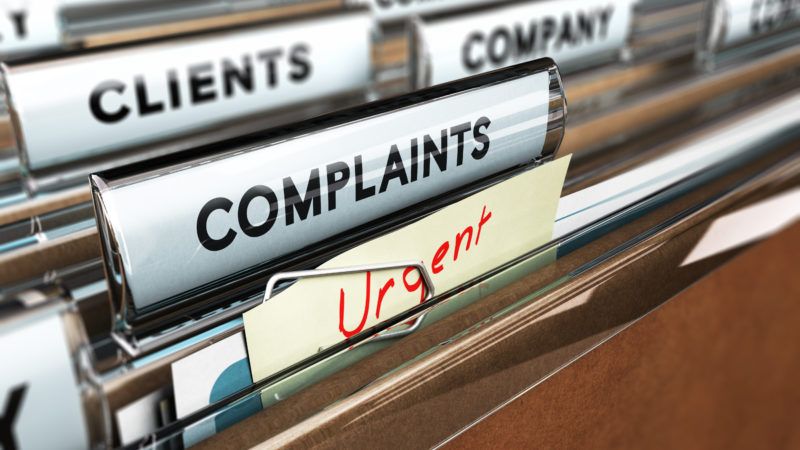 The head of an urban policy nonprofit has been hit with a complaint for describing himself as an engineer in materials written while his engineering license was expired. The case is the latest example of how licensing laws can be weaponized to chill speech.

The target of the complaint is Charles Marohn, the founder and CEO of the Minnesota-based organization Strong Towns. Before launching the group, which publishes research and commentary on housing and transportation policy, Marohn worked as a civil engineer, having first obtained a Minnesota engineering license back in 2000.

This week, Marohn received a letter from the Minnesota Board of Architecture, Engineering, Land Surveying, Landscape Architecture, Geoscience, and Interior Design (AELSLAGID) informing him of a complaint filed against him for allegedly misrepresenting his professional credentials.

"Mr. Marohn talks about being a policy expert, the type that reads law and ordinance. It is not reasonable to assume that Mr. Marohn was not aware that use of the term Professional Engineer, PE, or other similar representation while not licensed is a violation of law," reads the complaint. "I urge the board to investigate as it sees fit, and to send a clear message that frauds of this sort are not tolerated."

Potential penalties for violating Minnesota's licensing regulations range from a formal reprimand to civil fines and even the suspension or revocation of one's engineering license.

"It's very obvious that the guy doesn't like what I'm writing and is using a technicality of licensing to try to discredit me," Marohn tells Reason. "If he really cared about the licensing and how I represented myself, it's not like I'm hard to get a hold of."

Minnesota licensing law forbids anyone from practicing engineering without a license. It also bars unlicensed individuals from calling themselves a professional engineer in advertisements, letterheads, signatures, or verbal claims.

Minnesota engineering licenses automatically expire on June 30 of even-numbered years, requiring licensees to proactively renew them. The board sends out notices to engineers' home addresses every two years reminding them they need to renew their licenses. Marohn says he moved without informing the board, and as a result, missed the renewal deadline. He says he renewed it in June of this year after realizing it had lapsed. The AELSLAGID website currently shows his license as expiring in June 2022.

But that renewal came too late to stave off Dixon's complaint.

After seeing these references to Marohn's professional credentials back in February, Dixon—according to the text of his complaint—searched for Marohn's licensing information on the AELSLAGID website, only to find that his license had expired in June 2018.

Dixon listed several other times Marohn was described as a professional engineer while his license had lapsed, including the "about the author" page of Marohn's book Strong Towns and materials for a 2019 conference where Marohn was the keynote speaker.

A complaint having been filed, AELSLAGID has to investigate. Marohn has been asked to give the board a list of professional positions he's held in Minnesota during the time his license had lapsed, a list of all engineering projects he worked on during that time, copies of engineering plans or drawings he'd signed off on, and corrective steps he'd taken to renew his license once learning it had expired.

"It's kind of silly," Marohn says. "I don't go out and practice as an engineer. I'm a writer. I do public speaking, and I do writing. I do advocacy work. I don't sign plans; I don't do construction drawings."

While states do have the authority to license professions, regulations on who can use a particular title raise free speech concerns, says Sam Gedge, an attorney with the Institute for Justice.

"Increasingly we see government regulators trying to police the dictionary, trying to tell people what words they can use to describe themselves. We see this with engineers, psychiatrists, etc.," says Gedge.

The government can prohibit commercial speech that is inherently misleading, Gedge says. But he doesn't think the contents of a book or a nonprofit's website would fit that definition.

The Institute for Justice has litigated similar cases before. In 2017, it sued Oregon's engineering board after it fined Beaverton man Mats Järlström for referring to himself as an engineer in letters to the board, despite not having a state engineering license.

While complaint systems are a common way for regulatory bodies to enforce rules, they can become problematic when the laws on the books try to regulate what people are allowed to say, says Gedge.

"When the laws being enforced regulate speech, there's a very real danger that the only people with an incentive to file these complaints don't like what you are saying," Gedge tells Reason.

Marohn was the subject of a licensing complaint once before. In 2015 a member of Move MN, a group that supports more transportation funding, accused him of misconduct after he criticized the group in an article titled "No New Roads." In that case, AELSLAGID determined that no violation occurred.

Marohn doesn't anticipate being sanctioned this time around either, but he worries about the chilling effect these kinds of complaints can have on working engineers who might agree with his criticisms of the civil engineering profession but still need their license to earn a living.

"There are a lot of engineers that feel stifled by the system," he tells Reason.

Strong Towns wants to cut federal and state spending on transportation and to devolve more authority over infrastructure down to local levels of government. He argues that this threatens the interests of the civil engineering profession, making his group a target.

Marohn isn't opposed to state licensure for engineers but he doesn't like the way the complaint system can be weaponized.

"I would like to think as a collection of professionals, we would be more interested in collegial respect amongst each other as opposed to abusing this system that's supposed to protect the public to carry out vendettas against each other," he says.