The decision will make it harder for government employees to abuse and milk the state’s retirement systems. 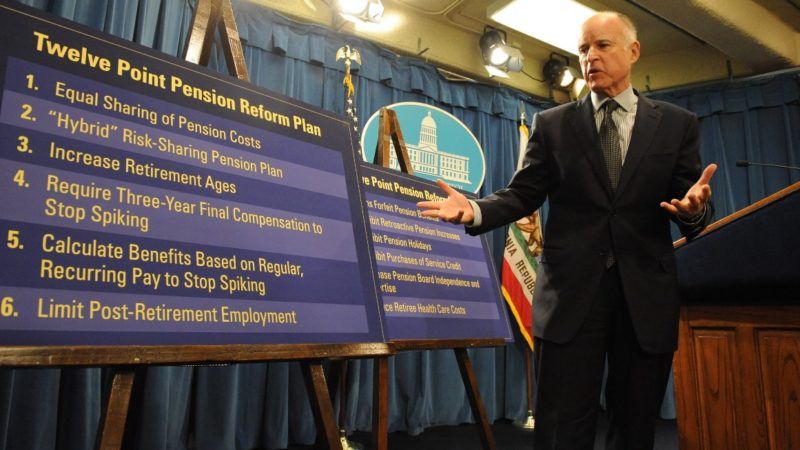 California's ticking pension time bombs have not been defused, but a state Supreme Court decision has turned back the clock a bit.

California's Supreme Court has upheld part of a 2013 law that prohibited county public employees from "pension spiking," a trick by which government workers find ways to artificially jack up their total pay as they approach retirement. This inflates the size of the pensions they'll be paid annually for the rest of their lives.

In a unanimous ruling, the state's top court determined that pension spiking is not protected by the state's constitution or by what's known as the "California Rule," a decades-old legal precedent that has largely prevented governments within the state from scaling back any sort of benefits once they've been offered to employees.

Government employees would do things like hang on to unused vacation or sick pay and cash it all in as they approached retirement, or coordinate massive amounts of overtime for their final years of work, all for the purpose of artificially inflating their final wages. That puts state, county, and local governments (and taxpayers) on the hook for pension commitments that were dramatically higher than they should have been. Transparent California has been documenting the escalating amounts government employees have been collecting as they retire, well into six figures. Last year, the biggest pension payment to a retired employee topped $400,000.

As these pensions have grown in size and number, they've been devouring more and more of government budgets, leading to a fiscal crisis and, in some cases, city bankruptcies. So in 2013, then-Gov. Jerry Brown signed into law the Public Employees' Pension Reform Act, which put some limits on pension growth and was supposed to stop pension spiking.

The state's public employee unions have been fighting the law since it was passed (and looking for ways to circumvent the rules). In a highly technical ruling Thursday, the state's Supreme Court made it clear that pension spiking is not protected by the California Rule. It is absolutely permissible, the court says, to require pensions to be calculated from an employee's base compensation, undistorted by bonuses and one-time boosts.

The law's purpose, Chief Justice Tani Gorre Cantil-Sakauye writes, "was to bring administrative practice…into closer alignment with the system's underlying theory by excluding income designed to artificially inflate a pension benefit and limiting the inclusion of other types of compensation that were reasonably viewed as inconsistent with…pensionable compensation."

In less technical terms, the legislature wasn't trying to scale back benefits that had been promised to government employees; it was closing loopholes that allowed employees to abuse the system. Therefore, yes, lawmakers could specifically prohibit the use of these spiking games to drive up pension obligations.

Needless to say, the public employee unions don't see it that way. The Los Angeles Times talked with Ted Toppin, chairman of Californians for Retirement Security, which despite its name seems interested only in retirement security for government employees. "Their employer and retirement system made a promise to them that the court decision now allows them to break," he told the paper. "That is unfair and unfortunate. If public employers make a pension commitment to their workers, they should keep it."

Again, this ruling says that employers did not, in fact, promise employees that they could unnaturally jack up their final wages with tricks and accounting games and then use that to determine their pensions.

This decision doesn't dismantle the "California Rule," but it does give it better boundaries. It makes it clear that manipulation of the pension system is not protected.

Read the ruling here. And for an analysis of the current investment decisions of the state's largest public employee retirement fund, written by Ryan Frost and Leonard Gilroy of the Reason Foundation's Pension Integrity Project, go here.