The negative impact of the program is well documented. 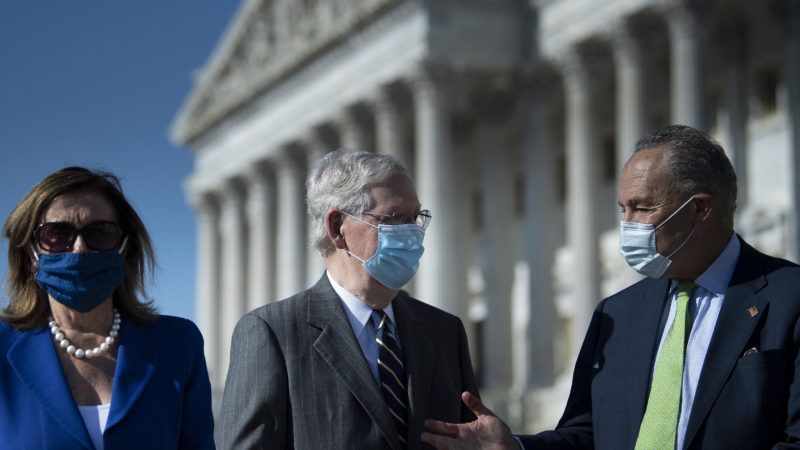 Earlier this year, the U.S. government passed the largest piece of stimulus legislation in our nation's history. The Coronavirus Aid, Relief, and Economic Security Act included a very generous expansion of unemployment insurance benefits. The idea was to help people to keep paying their bills during the forced COVID-19 shutdowns. These benefits are expiring, and Congress is now fighting over whether to extend them as they are or to modify them.

The proper approach is to phase these benefits out as quickly as possible.

It is typical that during nationwide economic downturns the federal government provides supplemental funding to boost the unemployment insurance, or UI, provided by the states. But this time around, the expansion was unusually massive. For those eligible for UI, the legislation provided a $600 weekly bonus on top of the unemployment benefits provided by the states. But the bill also expanded eligibility to millions who would not have qualified otherwise, such as many workers who remain employed part time and hourly workers. That means that the Uber driver who lost most of his income during the lockdown and the wife of a banker offering a few hours of private yoga lessons a week are now receiving the state benefits plus the bonus.

Expanding the benefits made sense at the beginning of the crisis. You don't want workers out looking for a job in the middle of a pandemic because they can't feed their family or pay their rent. This was especially important because state and local governments forced hundreds of thousands of businesses to shut down, forcing them to let go of their workers.

What made little sense was the scale of the expansion. One study found that two-thirds of the recipients made more money from unemployment than from working, so much so that disposable income increased by 5.4 percent between February and May.

While it's tempting to cheer the ability of UI to alleviate the pain of the recession, it's not all good news. UI puts money in people's pockets, but the negative impact of the program is well documented. Many studies find that UI benefits create an incentive for workers to delay looking for jobs until the expiration of the benefit. This finding was confirmed by many other studies, including one by economist Alan Krueger, who, in 2008, noted, "Job search increases sharply in the weeks prior to benefit exhaustion." The more generous the benefit the bigger the effects.

In addition, during normal times, UI struggles with a large amount of improper claims—according to some estimates, by nearly 11 percent of its payments. Under the coronavirus relief bill expansion, the unusually large number of cases that will have to be processed by unemployment offices makes it quite unrealistic to expect that dubious claims will be more thoroughly filtered out. In other words, expect a lot of fraud and abuse.

With a July 31 expiration date on the UI bonus and eligibility expansions, House Democrats want them renewed and extended until March 2021. Senate Republicans are offering a $200 weekly bonus for a few months. But the economic reality dictates that the expansion needs to be put on a glide path to zero as soon as possible. To be sure, losing the bonus means a reduction of disposable income for some workers. That's a design flaw of the expansion by those who thought it was a good idea to pay people more when they don't work than when they do work. As such, it shouldn't be used as an argument against returning to a better-designed expansion. Besides, some of the loss can be minimized by going back to work.

What's more, even if one supports expanding UI during rough times, we must remember that whether the money is borrowed or taxed, this redistribution of income comes out of the real economy at the expense of other investments that are likely more valuable. This important reality looms especially large as the economy reopens, and businesses have a long road ahead just to survive.

The difficulties for oversight paired with the generosity of the benefits will continue to reduce both employment and economic output if legislators fail to reform the program. Now is not the time to add more bad policies to the damage already done by COVID-19.