The plan, whose timetable is uncertain, will reshuffle 5,600 troops elsewhere in Europe. 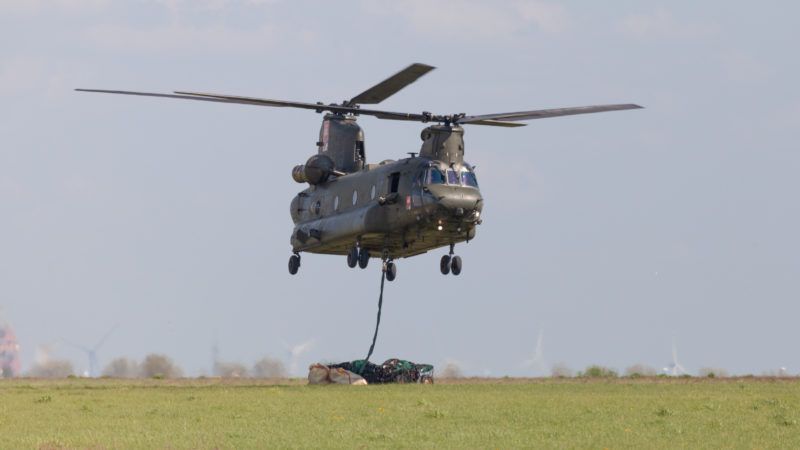 Twelve thousand U.S. troops will be leaving Germany, although 5,600 troops will stay in other parts of Europe, including Italy and Belgium, while 6,400 troops are coming back to the U.S. (although some of them may still do rotations in Europe, according to Defense Secretary Mark Esper). As President Trump said to reporters outside the White House, "They've taken advantage of us for many years. We don't want to be the suckers anymore."

Twenty-four thousand U.S. troops will remain in Germany, and the specific time table for any of the troops actually leaving is not yet clear. As Reuters reports, "U.S. officials stressed that only a relatively small number of advanced units would move anytime soon. The rest of the troop movements would take years to fully implement, in part given the potentially billions of dollars in additional cost." The U.S. is, at the same time, engaging deeper with plans for more troops and new bases in Poland.

Germany itself has spent over the past decade about a billion dollars related to the costs of our troops being there, though the U.S. still spends more on defense than all other 29 NATO allies combined, and Germany is now spending only about 1.38 percent of its GDP on defense, compared to the U.S.'s 3.4 percent.

This plan to move troops out of Germany did not come out of the blue; Trump had announced last month his intention to move what was then announced as 10,000 troops from the NATO ally, largely because he's peeved at them for not spending up to 2 percent of their GDP on their own defense.

The American ambassador in Germany, Emily Haber, learned about these plans last month through the media, she told NPR. Congress immediately began griping about the plan, with Sen. Mitt Romney (R–Utah) announcing plans to freeze our troop numbers in Germany via an amendment to the National Defense Authorization Act this year. He had Trump allies, but defense hawks, such as Sens. Lindsey Graham (R–S.C.) and Marco Rubio (R–Fla.) as cosponsors, but the amendment never came to a vote.

The Democratic House didn't like the idea, either. As Defense News reported at the time, "House Armed Services Committee Chairman Adam Smith (D–Wash.), said…the plan seemed strategically unsound and that Congress should block the administration until it makes its case." Various German states began lobbying Congress to stop Trump as soon as his plans became clear. Germany has been home to the largest number of U.S. troops in Europe. Germany's defense minister reacted to the initial announcement weeks ago by reminding America that Russia is still a threat and that U.S. troops are still needed in Europe to pivot to problems in Africa or the Middle East.

Sen. James Inhofe (R–Okla.), chair of the Senate Armed Services Committee, was sold on the troop withdrawal plan but as of last week believed it would take "months to plan and years to execute." While he may have been wrong on the "plan" part, the "execute" part is still uncertain. Democratic presidential nominee Joe Biden has already announced he'd rethink such withdrawal plans if elected.

Trump has remained mostly alone in Washington establishment circles in his belief that our current force structures around the globe aren't sacrosanct.

Defense Priorities, a right-leaning group promoting a more restrained and limited U.S. military presence around the world, said in an emailed statement from Senior Fellow Lt. Col. Daniel L. Davis, Ret. that "[t]he U.S. force posture in Europe continues to reflect Cold War dynamics that no longer exist…Europe enjoys a high degree of safety and is largely wealthy and technologically advanced. Russia, whose power has declined substantially since its Soviet days, is mostly a threat to its smaller immediate neighbors. Germany, the continent's leading economy, is set to rebound rapidly from the current pandemic, and has long had the means to contribute more to continental security….Troops withdrawn from Germany should be returned to the U.S. rather than reshuffled among other allies. The era of great power competition demands that U.S. allies be capable partners, not security dependents."