Do COVID-19 Complications With Marriage Licenses Show It's Time To Get the Government Out of Marriage?

Post-pandemic deregulation will be more complicated than it looks. 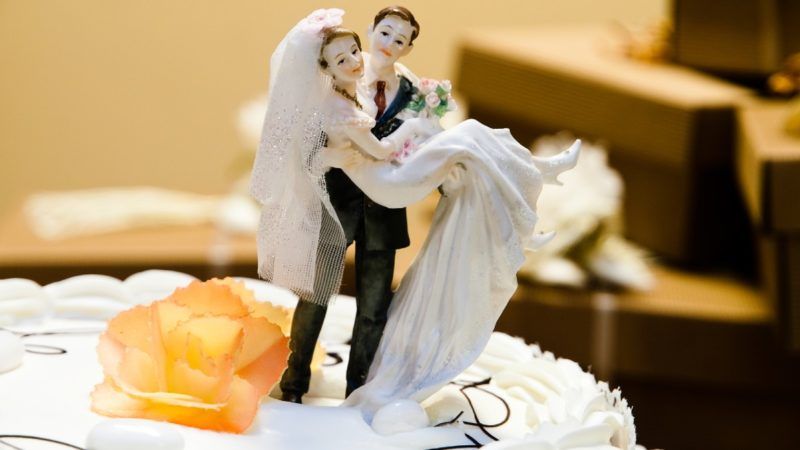 At the end of April, New York City announced "Project Cupid," an emergency measure which moves the process of obtaining a marriage license online via video conference. Normally, New York state requires couples to obtain these licenses in person, but the COVID-19 pandemic has required a workaround. "We need moments of joy now more than ever," said Mayor Bill de Blasio, "and we won't let a pandemic get in the way of true love."

Touching stuff. Unfortunately, more than two months later, New Yorkers are still struggling to book their licensing appointments since the city clerk's office has a huge backlog. For couples with an urgent reason to wed, this is untenable: A couple profiled in The City's report on the situation finally eloped to Maryland, à la The Philadelphia Story, because the husband was set to lose his health insurance and the wife worried her work visa would no longer be enough to avoid deportation. They couldn't wait on a local license.

This sort of delay isn't unique to New York. In Galveston County, Texas, marriage license requests have more than tripled because nearby cities and states are simply not licensing quickly enough, if at all. Likewise, some local governments have delayed issuance of pet licenses and tree-trimming permits; more seriously, some have halted building inspections, prolonging or effectively suspending construction work.

All such coronavirus-induced malfunctions of governance should occasion reexamination of whether we actually need many of the regulations shaping our daily lives. The pandemic has already prompted fresh scrutiny of alcohol laws, medical testing rules, occupational licensing, and more. But marriage licenses, the most intimate of the lot, deserve particular attention. The state should not be involved in marriage—not licensing, conducting, or defining it.

The practical case is obvious: There are likely thousands of people in America right now who want to be married and can't be because they can't get in to see their city clerk. Even amid such unique circumstances, this is absurd and unconscionable. No one should incur medical debt or deportation solely because the state is unable or unwilling to dole out official marital legitimacy.

The bigger principle of privatizing marriage, however, is that it concerns a fundamental and pre-political human right. The decision of whether and whom to marry must be made by those who are marrying "before God and these witnesses," which is to say, in the context of their families, friends, and religious communities (if they have them). It is not for the state to determine, but historically, marriage licensing was a blatant tool of social control.

These licenses in America date to the 19th century, when they were developed as a means of forbidding unions deemed undesirable, which often meant interracial unions back then. With bans on interracial marriage gone and gay marriage legalized, the licenses today may seem but a rubber stamp on the free choice of two consenting adults. Yet, as many couples are learning now, that stamp is not guaranteed. Unforeseen circumstances may interrupt. New or renewed restrictions on who may marry certainly seem unlikely, but they're not wholly inconceivable. (See, for example, Bermuda's ongoing gay marriage whiplash.) With state authority over marriage intact, there's always a chance that authority could be misused.

But saying "privatize marriage" is not the simple solution it may sound. Any credible argument for it must begin with concession of the point, often raised by skeptics, that so much of our government and financial system uses marriage as a legal shorthand. Eliminating the state's regulatory authority here—which at the federal level alone entails "more than 1,100 rights [and] responsibilities," to say nothing of state and local regulations and layers of common law—would throw all that into disarray.

Calling for privatized marriage in a meaningful sense is ultimately determining to dismantle regulations until state control over marriage wouldn't be needed to make the transformed system work. We shouldn't downplay the scale of this idea—there's an entire libertarian agenda crammed inside this horse.

It's an agenda which reflects the reality of changing attitudes toward marriage: Visions of privatization (in retrospect, including my own from before Obergefell v. Hodges) don't always recognize just how many spheres of life and law the proposal would affect, but critics who focus on how marriage now fosters stability and protects children seem to forget marriage rates are plunging, and nearly four in 10 babies in America are born out of wedlock already.

This agenda also has the merit of sidestepping many of the culture war fights over religious liberty and gay marriage which continue apace five years after Obergefell. Coexistence between Americans with deeply held, differing views on sex, gender, and marriage could be less fraught, and fears about curtailment of religious practice much allayed, were the sanction and force of the state removed from play.

But what if you assume, as I do, that the entire libertarian agenda stuffed into "privatize marriage" isn't in our near future? Well, we could at least address the immediate problem: Smooth the application process for the duration of the COVID-19 pandemic, and then keep it that way. Let people obtain marriage licenses online or by mail. Nix waiting periods and interviews—which aren't universally required—and make the fee as small as possible. We may not disentangle the state from marriage any time soon, but we could limit the harms perpetuated by its licensing scheme.