Plus: Controversy around "open debate and toleration" letter, grim economic forecasts, and more... 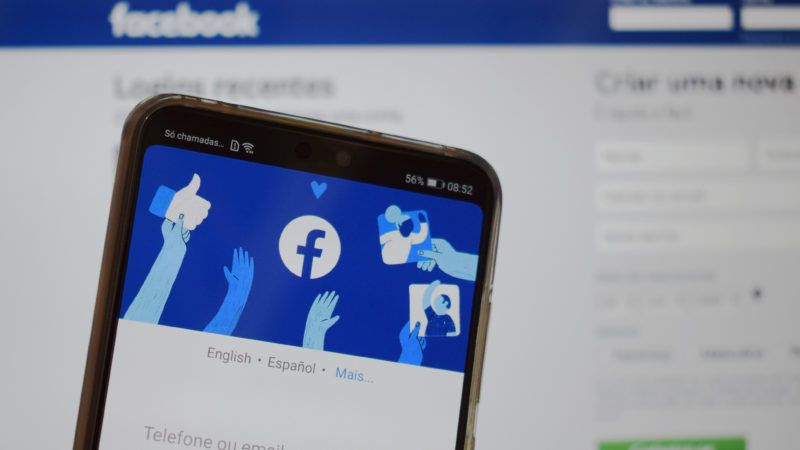 Facebook auditors find the company falling short on "civil rights." A report commissioned by the company and made public Wednesday morning says Facebook has been "too reactive and piecemeal" in its "approach to civil rights."

The report, two years in the making, might come as good news to those worried about Facebook's handling of hateful, dishonest, or otherwise objectionable content. But it's unlikely to mean good things for folks who value open expression, want to see fewer arbitrary crackdowns on political content, and worry about how more aggressive social media moderation might be weaponized.

As always, advocates for greater policing of political speech invoke white nationalists and other widely reviled groups to call for Facebook to take more action. But it's not just hate groups that will suffer from speech crackdowns. Small communities fighting the good fights—or anyone with views deemed outside the majority, really—always get hit hard by these sorts of demands, too.

The report also runs into dangerous territory in urging Facebook to get more directly involved in partisan politics and to devote itself to vague, highly discretionary, feel-good goals like decreasing polarization.

It "calls out the company's choice not to take action against posts by President [Donald] Trump that allegedly threatened violence or were meant to suppress voting," the Journal reports:

"The Auditors vigorously made known our disagreement, as we believed that these posts clearly violated Facebook's policies," the report said. More broadly, the auditors said Facebook "has failed to grasp the urgency" of the threat that voter suppression efforts on its platform pose as the 2020 election approaches.

The report also said that Facebook had been too quick to dismiss reporting by The Wall Street Journal in a May article that found the company had watered down or killed internal efforts to study and address ways in which its products encouraged divisiveness and polarization.

"The Auditors do not believe that Facebook is sufficiently attuned to the depth of concern on the issue of polarization and the way that the algorithms used by Facebook inadvertently fuel extreme and polarizing content," the report said.

Professional activists are already using the report to pressure Facebook to make their preferred changes. For instance, Farhana Khera, the executive director of Muslim Advocates, said in a statement that the "audit is illuminating but it is ultimately meaningless if Facebook does not agree to take dramatic and substantial steps."

Controversy around free speech letter proves its point. If anything, a letter in Harper's magazine promoting "open debate and toleration of differences" might deserve some gentle mocking over certain signatories who rarely stand for such values. Or perhaps it should just inspire sad awe over such basic liberal values being controversial in the first place. Instead, it's proven just how complicated and unreasonable the dynamics of the current discourse are.

The letter—which was signed by a host of powerful writers and advocates for free speech, including Deirdre McCloskey, Nadine Strossen, and a number of other people who have written for Reason—has sparked scandal and indignation not because of its core message but because a few of the letter signers (particularly Harry Potter author J.K. Rowling) are on the wrong side of progressives' current cultural doctrine. Apparently, a lot of folks have decided that putting one's name on a letter now aligns signatories not only with the letter's message but with the opinions and past statements of every other signer of the letter. Sigh.

"As writers we need a culture that leaves us room for experimentation, risk taking, and even mistakes. We need to preserve the possibility of good-faith disagreement without dire professional consequences."https://t.co/4zPjuPNXBu

I did not know who else had signed that letter. I thought I was endorsing a well meaning, if vague, message against internet shaming. I did know Chomsky, Steinem, and Atwood were in, and I thought, good company.

The consequences are mine to bear. I am so sorry.

New reports from the Organization for Economic Cooperation and Development (OECD) and the European Commission provide an even more grim economic forecast for Europe and the world. "The O.E.C.D. looked at jobs; the commission measured economic contraction … But both reached similarly brutal conclusions," write Liz Alderman and Matina Stevis-Gridneff at The New York Times. More:

The number of job losses has been 10 times greater than the hit inflicted during the first months of the 2008 global financial crisis, O.E.C.D. economists said, making it very unlikely that employment in Europe, the United States and other developed economies will return to pre-pandemic levels before 2022 at the earliest. […]

Joblessness in the 37 countries that are O.E.C.D. members is expected to reach 9.7 percent at the end of the year from 5.3 percent in 2019, and could march to more than 12 percent should a second wave of virus force countries to shut down parts of their economies again.

The European Commission, the bloc's administrative branch, said the E.U. economy would shrink 8.3 percent this year, a downgrade from predictions released in May that saw a 7.4 percent contraction. The subgroup of 19 nations that share the euro currency will have it even worse, shrinking 8.7 percent this year. […]

The data is especially grim for nations in the bloc's southern rim, some of which were particularly pummeled by the virus. Italy, the E.U.'s third-largest economy, is set to shrink 11.2 percent. Spain, the fourth largest, is facing a 10.9 percent recession. France, second after Germany, will shrink 10.6 percent.

She threatens to seize control of the Fortune 500 and overthrow the "racist, sexist, violent, utterly bankrupt system of capitalism."

If you oppose her? "We are coming for you." pic.twitter.com/2L17D6wScp