Perhaps this show was not the window into law enforcement transparency it claimed to be. 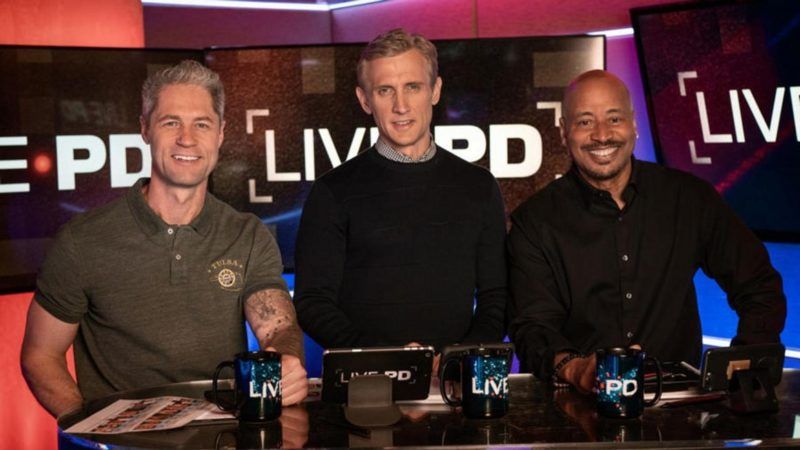 After A&E canceled the police ride-along reality show Live PD in response to growing criticism and activism about how police officers treat black people, host Dan Abrams insisted that part of the purpose of the show is to provide additional transparency into how officers operate in the field. Abrams said that he thought the show actually furthered the cause of police accountability.

But a new investigation by The Marshall Project, in partnership with The Daily Beast, raises questions about the influence of the police departments with whom the show partnered.

The Marshall Project sought out records and emails between the 47 law enforcement agencies that worked with Live PD and the show's production company. From the 20 agencies who responded to their records requests, they found documentation that police officers reviewed footage before it aired and that, in 13 cases, police asked Live PD to not broadcast specific encounters.

Not all of Live PD was aired live. The show frequently followed police and recorded footage to be aired for future episodes. And even for the footage aired "live," there was actually a 10- to 25-minute delay so that the footage could be reviewed. The show said it only edited footage to remove private information or censor footage that could jeopardize a case or cause a security risk.

But The Marshall Project found that law enforcement agencies asked that footage be cut for other reasons. In one such case, police in Warwick, Rhode Island, confronted a man on a skateboard with a shopping cart who was suspected of shoplifting. As a police car chased the man on a skateboard, it appeared (though it's not fully clear) that the officer driving the car opened the door to knock the skater down while the vehicle was moving.

This is a pretty dangerous tactic for catching a shoplifter and could have hurt the man. A captain with the police department wrote to Live PD and told them that the method used to catch the shoplifter was "way outside of [their] policy and [they] would be opening up some scrutiny issues with the city and our insurance company if they were to see this." He said that the incident was "too 'wild west'" for how they typically behave in the department. Following that email, the incident never aired on Live PD.

The investigation also found footage of a sheriff's deputy in Spokane, Washington, forcefully removing a woman from her own home after she apparently called them over a domestic violence incident. The woman told officers they had to get a search warrant in order to enter her home and then tried to close the door. Instead of leaving, or waiting peacefully outside the home, the officers dragged the woman out of her house while waiting for a judge to sign a warrant.

Once again, representatives from the sheriff's department asked Live PD not to air the encounter due to "procedural issues" with how the deputies behaved. The show's producers tried to edit the footage, but the department was still not satisfied. The encounter never aired.

Big Fish Entertainment, which produced Live PD, told The Marshall Project that the incident didn't air because they were concerned about the woman and a child in the home being identified, not because of the sheriff's department request. In fact, in each incident they were asked about, the production company had a different reason for censoring or cutting footage, and told The Marshall Project that it was not due to police concerns.

The Marshall Project obtained the footage of these encounters and have embedded the videos in its story, so you can review for yourself whether this behavior looks like police misconduct.

These incidents where police departments attempted to influence what Live PD put on the show is precisely why I cast doubt on claims that this type of programming actually shines a light on how police treat people. Real transparency means letting the public witness police mistakes.