Roberts dissented in 2016 when SCOTUS struck down an abortion law. What changed this time around? 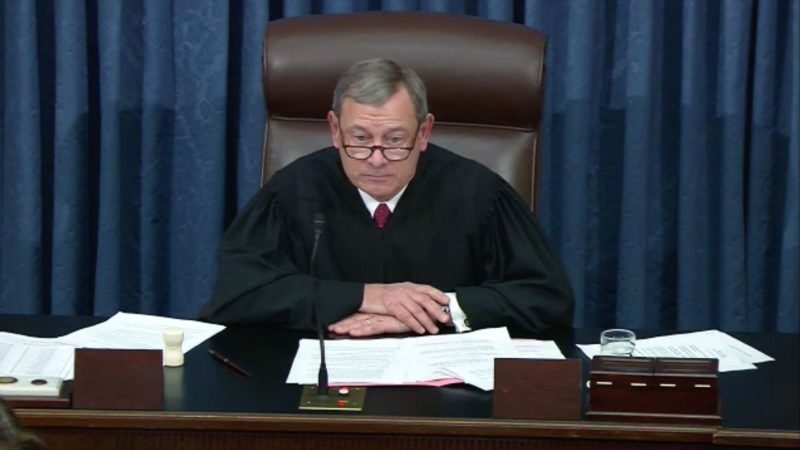 In Whole Woman's Health v. Hellerstedt (2016), the Supreme Court invalidated a Texas law that required abortion providers to have admitting privileges at local hospitals. According to Justice Stephen Breyer's majority opinion, that regulation served no legitimate health or safety purpose and placed "a substantial obstacle in the path of women seeking a previability abortion," thus creating an unconstitutional "undue burden on abortion access." Among the dissenters in Whole Woman's Health was Chief Justice John Roberts. He would have let the abortion regulation stand.

Today the Supreme Court decided a nearly identical case—June Medical Services v. Russo—on nearly identical legal grounds. At issue was a Louisiana law requiring physicians who perform abortions to have admitting privileges at local hospitals. Once again, Justice Stephen Breyer wrote the opinion. The "substantial obstacle" to abortion access that the Louisiana law creates, he argued, "and the absence of any health-related benefit" render the law unconstitutional.

There was one notable difference between the two abortion rulings. This time around, Chief Justice Roberts sided with the Court's Democratic appointees and voted to strike down the state regulation. What changed?

For the chief justice, that question was answered by the legal doctrine of stare decisis, a Latin phrase meaning "to stand by things decided."

"Stare decisis requires us, absent special circumstances, to treat like cases alike," Roberts wrote. "The Louisiana law imposes a burden on access to abortion just as severe as that imposed by the Texas law, for the same reasons. Therefore Louisiana's law cannot stand under our precedents."

Writing in dissent, Justice Neil Gorsuch made the case for a different judicial role, arguing that the law should have been upheld under "the deference owed to the legislative process." The Louisiana legislature "found that requiring abortion providers to hold admitting privileges at a local hospital within 30 miles of the clinic where they perform abortions would serve the public interest by protecting women's health and safety," he wrote. In Gorsuch's view, the Court should have respected the wisdom of that legislative determination.