Why Is California Targeting the Tech Firms That Drive Its Economy?

There's no need to pity successful companies or grant them special deals, but state officials shouldn't be so blinded by an anti-corporate ideology that they drive businesses away, either. 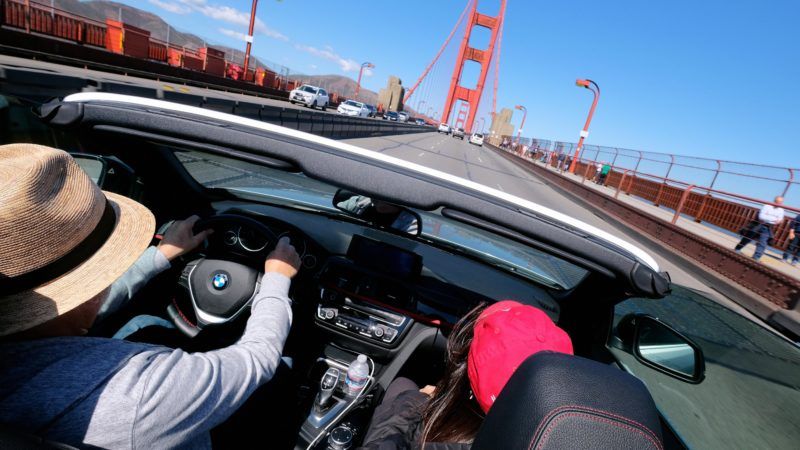 During a house-shopping visit to a small industrial city in Ohio where I had taken my first newspaper job, I asked a local, "What's that smell?" His answer: "What smell?" Residents there had become so accustomed to the industrial scents from the city's massive chemical plant and oil refinery that they didn't notice them anymore. When out-of-town visitors would ask me the same question, I'd say: "It's the smell of money and jobs."

After the refinery announced plans to shut down, local and state officials desperately tried to convince the company to stay put—and finally intervened to help find a buyer. I don't believe in such government meddling, but viewed the reaction as understandable. Officials rarely want to lose companies—even old, smelly ones—that fund their budgets and employ their residents.

California, however, is a different animal. Democratic leaders have long lived up to one of Ronald Reagan's best quotations: "Government's view of the economy could be summed up in a few short phrases: If it moves, tax it. If it keeps moving, regulate it. And if it stops moving, subsidize it."

Lately though, they have taken this further by singling out the innovative tech sector for torment—as if they're purposely trying to drive these companies to Texas or Arizona. Unlike in Rust Belt states, that industry provides jobs and money without the air-polluting stench. In fact, these are among the most environmentally friendly industries imaginable.

California officials are constantly bleating about our status as the world's fifth-largest economy. Its $2.7 trillion Gross Domestic Product has surpassed Great Britain—putting California behind the United States as whole, China, Japan, and Germany. The biggest economic driver here is the tech economy.

Officials should not provide tech firms with special favors—nor should they hobble them. The most obvious example of the latter is Assembly Bill 5, which codifies the California Supreme Court's 2018 Dynamex decision. The court created a strict new "ABC Test" for determining when a company can use contractors as workers. Simply put, they can never use them to fulfill core company functions (e.g., drivers for a delivery company).

Lawmakers carved out myriad exemptions for traditional businesses (lawyers, engineers, insurance brokers, etc.)—and have agreed to carve out more (musicians) after the law's implementation led to widespread job losses. But the measure specifically targeted Transportation Network Companies (TNCs) such as Uber and Lyft, and app-based delivery services such as DoorDash and Amazon. The state refuses to relent, even though AB 5 undermines these companies' business model.

This month, the California Public Utilities Commission, which regulates these businesses, announced that these "drivers are presumed to be employees and the commission must ensure that TNCs comply with those requirements that are applicable to the employees of an entity subject to the commission's jurisdiction." The agency will not wait until lawsuits and a November ballot initiative resolve matters.

Meanwhile, Attorney General Xavier Becerra and city attorneys from Los Angeles, San Diego and San Francisco last month filed a controversial lawsuit against Uber and Lyft. They alleged that, "the illicit cost savings defendants have reaped as a result of avoiding employer contributions to state and local unemployment and social insurance programs totals well into the hundreds of millions of dollars." Gov. Gavin Newsom included $20 million to fund enforcement actions.

In a separate matter, the California Department of Tax and Fee Administration last year sent letters to small businesses across the country that sell products to Californians on online platforms such as Fulfillment by Amazon. The department told them they owe eight years of back taxes. It considers these mostly mom-and-pop firms to have a "physical presence" in California if they distributed products through a third-party warehouse. It was a troubling attack on small businesses, but also on the tech-based firms that drive California's economy.

During the coronavirus shutdowns, Tesla CEO Elon Musk became so frustrated with California officials that he threatened to move his Palo Alto headquarters to Texas. He announced plans to defy stay-at-home orders and even sued Alameda County, where his Fremont factory is located, but later dropped the suit after working out a deal with the county. The issue was resolved, but it's telling when a prominent business leader has to threaten to move to get regulatory relief.

In recent years, local governments haven't been particularly friendly to their hometown companies, either. San Francisco officials have been blaming tech firms for growing income inequality and soaring home prices—even though such problems are largely the fault of the city's tax and regulatory policies. They've proposed hefty taxes that target—and punish—tech companies and they sometimes direct vitriol toward them.

There's no need to pity successful companies or grant them special deals. It's strange, however, when state officials are so blinded by their anti-corporate ideology that they become immune to the smell of jobs and money.