Oakland 'Nooses' Turn Out To Be Exercise Swings; Mayor Wants To Investigate Them As a Hate Crime Anyway

A white mayor is pursuing a racially fraught investigation of a black man for hanging exercise straps in a park. What could go wrong? 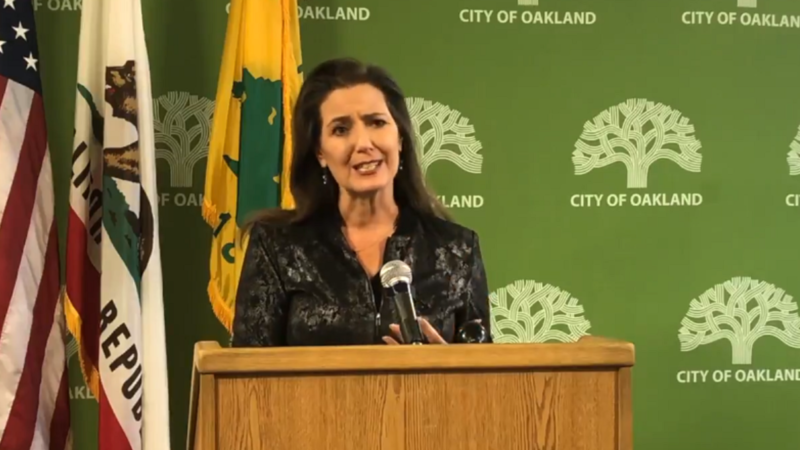 Yesterday, Robby Soave critiqued a Washington Post story about a blackface costume worn by an insignificant government contractor at a 2018 Halloween party. He called it "a new and depressing low point" in the annals of "cancel culture." If the news coming out of Oakland, California, is any indication, we've got a long way to go before reaching bottom.

The Associated Press reports that the city's (white) mayor, Libby Schaaf, has opened a hate-crime investigation after five ropes hanging from trees in a city park were discovered. Schaaf and other officials say that the ropes seem to symbolize nooses, and she told the press that the police must "start with the assumption that these are hate crimes."

But she knows that the ropes, sometimes described as straps or swings, were not intended to be nooses, because the (black) man who hung them has made that clear:

Victor Sengbe, who is black, told KGO-TV that the ropes were part of a rigging that he and his friends used as part of a larger swing system. He also shared video of the swing in use.

"Out of the dozen and hundreds and thousands of people that walked by, no one has thought that it looked anywhere close to a noose. Folks have used it for exercise. It was really a fun addition to the park that we tried to create," Sengbe said.

"It's unfortunate that a genuine gesture of just wanting to have a good time got misinterpreted into something so heinous," he told the station.

Schaaf is undeterred by such an explanation:

"Intentions don't matter when it comes to terrorizing the public," Schaaf said. "It is incumbent on all of us to know the actual history of racial violence, of terrorism, that a noose represents and that we as a city must remove these terrorizing symbols from the public view."

Linger for a moment on this: A white mayor dismissing the black resident's explanation charging ahead with an emotionally fraught investigation against him that could result in enhanced penalties.

Yesterday in Oakland, "a fake body hanging from a noose" was found in the same area, which Mayor Schaaf called "a deliberate and vile attempt to traumatize and divide Oaklanders." That sounds like a good description of the effigy, but it applies as well to her insistence on investigating Sengbe.

In moments of raw pain and anger, it's especially incumbent upon authorities to act with discernment, judgement, and restraint. Yet all around us, legal, political, and cultural leaders drive in the opposite direction, intensifying fear, hysteria, and resentment. One of the chief reasons George Floyd and Breonna Taylor were killed was because police acted stupidly and carelessly. It is depressing and distressing to see officials acting so poorly in the light of day.