"Only the written word is the law, and all persons are entitled to its benefit." 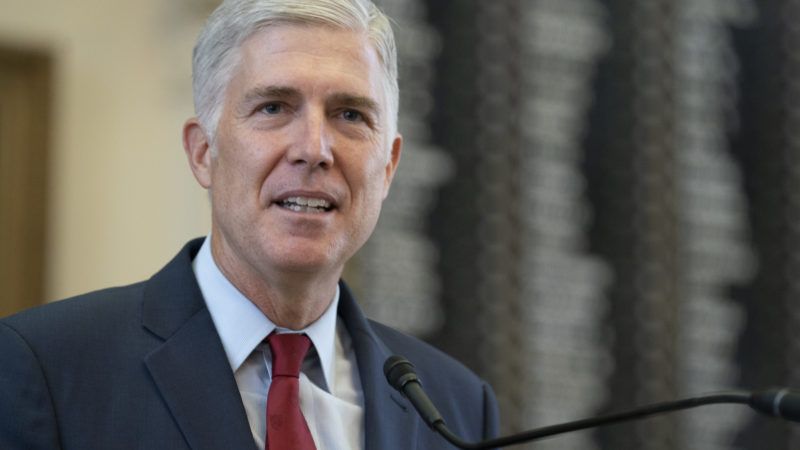 In their book Reading Law: The Interpretation of Legal Texts, the late Supreme Court justice Antonin Scalia and his co-author, the legal lexicographer Bryan Garner, made the case for textualism, a school of legal interpretation that they say "begins and ends with what the text says and fairly implies." According to Scalia and Garner, when a textualist judge is given the job of interpreting a statute, that judge must give the statute "the interpretation that would be given to [its] text by a reasonable reader, fully competent in the language, who seeks to understand what the text meant at its adoption, and who considers the purpose of the text but derives purpose from the words actually used."

Justice Scalia's unanimous opinion in Oncale v. Sundowner Offshore Services, Inc. (1998) provides a useful example of this sort of textualism in action. The case centered on Title VII of the Civil Rights Act of 1964, which made it unlawful for an employer to discriminate against a job applicant or employee "because of such individual's race, color, religion, sex, or national origin." Oncale asked whether same-sex employment discrimination (a male employee harassed by his male co-workers) qualified as employment discrimination "because of…sex" under Title VII.

Scalia held that it did. "Male on male sexual harassment in the workplace was assuredly not the principal evil Congress was concerned with when it enacted Title VII," he acknowledged. "But statutory prohibitions often go beyond the principal evil to cover reasonably comparable evils, and it is ultimately the provisions of our laws rather than the principal concerns of our legislators by which we are governed." The protections of Title VII, Scalia concluded, "must extend to sexual harassment of any kind that meets the statutory requirements."

Another example of Scalia-style textualism in action arrived today in Justice Neil Gorsuch's majority opinion in Bostock v. Clayton County, Georgia, a case that asked whether firing an employee for being gay or transgender violates Title VII's prohibition on employment discrimination "because of…sex."

Gorsuch held that it did. "An employer who fires an individual for being homosexual or transgender fires that person for traits or actions it would not have questioned in members of a different sex," he wrote. "Sex plays a necessary and undisguisable role in the decision, exactly what Title VII forbids."

In Oncale, Scalia stressed that the text of Title VII mattered a great deal more in the end than did the intentions or expectations of the text's authors. Gorsuch, who repeatedly cited Oncale in his Bostock opinion, made the same point. Here's how Gorsuch put it:

Those who adopted the Civil Rights Act might not have anticipated their work would lead to this particular result. Likely, they weren't thinking about many of the Act's consequences that have become apparent over the years, including its prohibition against discrimination on the basis of motherhood or its ban on the sexual harassment of male employees. But the limits of the drafters' imagination supply no reason to ignore the law's demands. When the express terms of a statute give us one answer and extratextual considerations suggest another, it's no contest. Only the written word is the law, and all persons are entitled to its benefit.

It might come as a surprise to find Gorsuch and Scalia playing such big roles in a Supreme Court decision that is being celebrated as a landmark liberal victory. But that misses the point of textualism. In the words of another self-described textualist, the veteran libertarian litigator and current Arizona Supreme Court Justice Clint Bolick, "true textualists will not always agree with the policy results of their decisions." But "personal policy preferences must yield to the rule of law or we have no rule of law."

Bolick then pointed to Scalia. "Although Justice Scalia was considered a conservative judge," Bolick observed, "he often quipped that he should be the darling of the criminal defense bar because he enforced the Bill of Rights guarantees protecting the rights of criminal defendants just as vigorously as protections such as the First and Second Amendments. And so a true textualist should."