The War on Terror Comes Home

The foreign policy lesson in the struggle for police reform 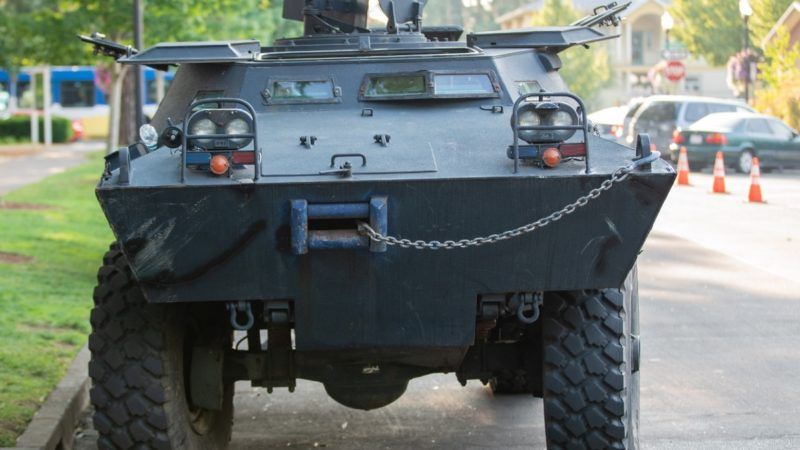 Our country's systemic need for criminal justice reform is inescapable once again. This round of the conversation is occasioned by the death of George Floyd at the hands of Minneapolis police officers last month. It is advanced by the dozens of protests nationwide demanding for Floyd the inadequate court justice that cannot restore his life but may still duly punish those who stole it. And it is miserably complicated by rioting which seems at least as much produced by discontent over coronavirus-related lockdowns as by misdirected anger over police brutality.

Criminal justice reform is primarily a domestic issue. From policing to trials and plea deals to sentencing to prison conditions to the rampant overcriminalization that invites too much state scrutiny of our lives, there is much to be done here at home—locally, in fact, since many crucial policy changes must be made state by state, city by city. But there is a foreign policy dimension of policing issues, too, and our present moment should be a warning against reckless habits of threat inflation and endless war that helped bring us to this point.

The two primary intersections of foreign policy and our criminal justice system are the Pentagon's 1033 program and the war on terror. The former is the primary modern means of police militarization in America; it transfers castoff military gear—including armored vehicles, bayonets, grenade launchers, and surveillance drones—to local police departments. The 1033 program as we know it now began in the 1990s, but equipment transfers started markedly accelerating in the final years of the George W. Bush administration and up through today.

Though ostensibly intended to equip officers to fight the wars on drugs and terror, this gear has found much wider application. American police patrol peaceful protests, execute search warrants, and destroy backyard chicken coops looking (and acting) more like an aggressive occupying army than fellow citizens employed to protect and serve the public. The psychological result of dressing police like soldiers is that they behave accordingly.

Police officers are supposed to keep the peace, while the Soldier's Creed of the U.S. Army announces readiness "to deploy, engage, and destroy" the enemy. If police trainings explicitly tell the American cop to believe he "works a battlefield every day he patrols his sector"—as a police sergeant who trains SWAT teams wrote on an industry news site—they implicitly tell him the American people are his enemy.

Nearly two decades after the 9/11 attacks, we tend to think of the global war on terror with emphasis on the "global" part. It is, as the Bush administration mantra said, the policy to "fight [the terrorists] over there so we do not have to face them in the United States of America." But the global war on terror has never been entirely a matter of foreign affairs. On the contrary, perhaps excepting the deceptively premised and ultimately disastrous 2003 invasion of Iraq, the most controversial aspects of the war on terror in its early years (and again following NSA whistleblower Edward Snowden's revelations in 2013) concerned infringements of Americans' civil liberties on the homefront.

The invasive body scans and pat-downs of the Transportation Security Administration, the arcane bureaucracy of the terrorist watchlist, PATRIOT Act-authorized domestic spying including warrantless mass surveillance, religious profiling, indefinite detention, and other trial rights violations—all this was (and mostly still is) the homefront of the war on terror. This conveniently malleable approach to counterterrorism has been unconstitutional, costly, counterproductive, and inhumane at home just as it has abroad.

The chief justification for all this, of course, is safety. If the government "can search everywhere, break and enter our homes, get all of our emails, all of our telecommunications, conversations, then aren't we safer? Because the more information government agents have, the greater the likelihood that sometime, someplace, they will stumble upon some information relevant to thwarting terrorism," said constitutional lawyer Bruce Fein in 2007, when global war on terror breaches of our civil liberties were less thoroughly normalized. "Certainly there is something to that idea," Fein continued. "If you have a police state, you can get more information. If you throw everybody in prison, no one is going to commit a crime."

But what you lose in the process is a free society with a government constrained by the will of the people and tasked with defending our rights.

Drift from that ideal is difficult to reverse in domestic and foreign policy alike. And even if by some miracle President Donald Trump or some successor finally makes good on his occasional expressions of interest in ending our "endless wars," winding down two decades of mistakes and mission creep abroad will do exactly nothing to undo the global war on terror's deleterious effects on our constitutional rights at home. If every U.S. military intervention ended tomorrow, homefront civil liberties violations—including militarized policing and police misuse of federal surveillance data—would be utterly unaffected. It's even possible to imagine arguments, at the nexus of frugality and fearmongering, for further militarizing local police by distributing to them additional military gear newly freed up from conflicts in the Middle East.

This is the great caution for foreign policy we should take away from the country's anti-police brutality protests: It is always easier to begin a bad policy or program than to end it once entrenched.

There is a direct connection between launching misguided counterterrorism policies abroad and initiating their domestic counterparts. There is no such direct connection between ending the global war on terror overseas and restoring Americans' civil liberties at home. Decades of work are likely needed to unmake the post-9/11 surveillance state and militarized policing we live with today, if indeed it ever happens. We should remember this the next time Washington tries to lead us down a path of constitutional abrogation and war without end.