The federal government is reviewing the department's investigation into the botched drug raid. 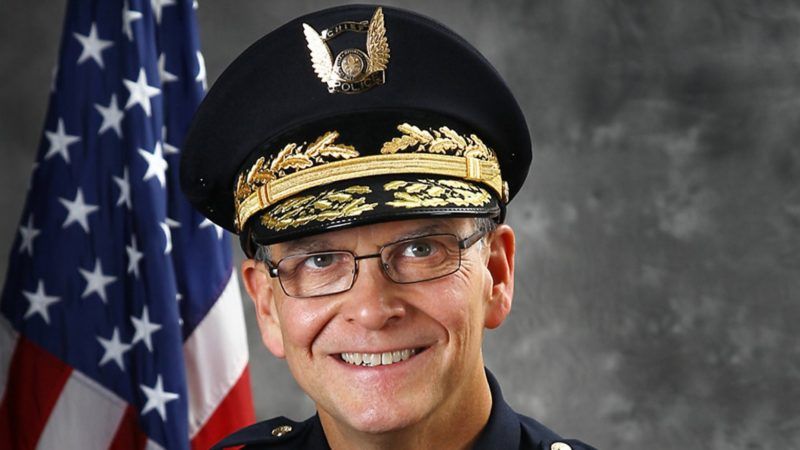 Louisville Metro Police Chief Steve Conrad has announced his retirement in the wake of the botched drug raid that took the life of Breonna Taylor.

Conrad's final day on the job will be June 30.

In the department's account of the March raid, officers allegedly knocked on the door of Taylor's apartment and identified themselves to Taylor and her boyfriend while serving the warrant in the middle of the night. At least four neighbors have disputed this statement.

Reason obtained a copy of the search warrant, which showed the detective who submitted it requested a no-knock entry on Taylor's apartment.

The department announced an internal review shortly after the incident occurred. After two months of little action, Taylor's case garnered national attention, thanks largely to the efforts of family attorney Ben Crump.

The FBI and the U.S. Attorney for the Western District of Kentucky are now reviewing the department's internal investigation.

"The resignation, today, of Louisville Metro Police Department Chief of Police Steve Conrad was a significant step forward in getting justice for Breonna Taylor, her family, and the city of Louisville. But this is just the beginning of that journey," Crump said in a statement released Thursday. "We will not rest until everyone involved is held accountable, and Breonna Taylor gets the justice she so deserves."

A spokesperson for the department told the Louisville Courier-Journal that Conrad's decision was of his own accord and that the mayor had not asked him to step down.