How Much Credit Should Lockdowns Get for Reducing COVID-19 Transmission?

All of it, The New York Times assumes. 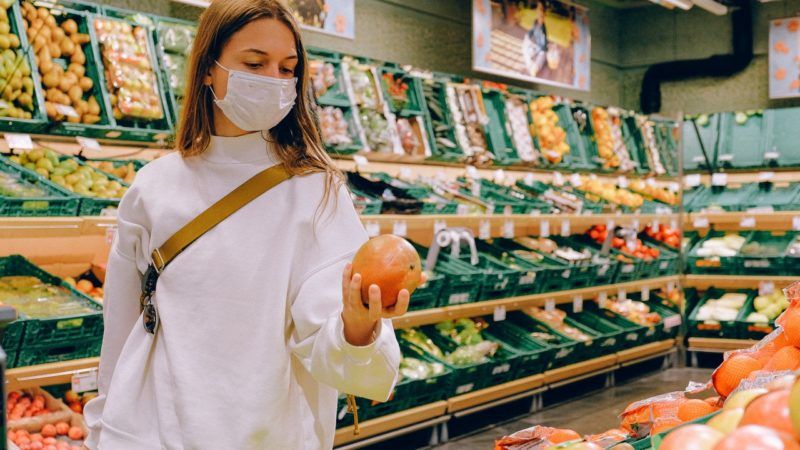 Americans have been debating the effectiveness of COVID-19 lockdowns for months now. To what extent did broad business closure and stay-at-home orders—as opposed to narrower interventions and voluntary precautions—reduce virus transmission, thereby avoiding hospital crises, buying time to develop testing and tracing capacity, and preventing deaths that otherwise would have occurred? Conversely, to what extent can loosening those restrictions be expected to increase transmission, leading to more infections and deaths?

According to The New York Times, that debate has now been settled. "Data show," the Times reports, that "lockdown delays cost at least 36,000 lives." Researchers at Columbia University "found" that "even small differences in timing would have prevented the worst exponential growth," the Times says.

"If the United States had begun imposing social distancing measures one week earlier than it did in March, about 36,000 fewer people would have died in the coronavirus outbreak," the paper reports. "And if the country had begun locking down cities and limiting social contact on March 1, two weeks earlier than most people started staying home, the vast majority of the nation's deaths—about 83 percent—would have been avoided, the researchers estimated." The "cost of waiting to take action," the Times concludes, was "enormous."

Already we see a problem with the way the Times has framed the issue, since "the United States" never "impos[ed] social distancing measures," and "the country" never "lock[ed] down cities and limit[ed] social contact." Instead of a single national response to COVID-19, we have seen a wide variety of local and state responses.

Worse, by conflating social distancing not only with coercive government interventions but with the most sweeping kind, the Times ignores everything else that was happening as politicians decided how to fight the epidemic. Americans were learning about the threat posed by the COVID-19 virus, especially to people with serious preexisting medical conditions, and they were reacting accordingly. They were taking to heart advice about avoiding crowds, minimizing travel and social contact, and working at home when feasible. The same scary increases in COVID-19 cases and deaths that motivated politicians to impose lockdowns also motivated people throughout the country to take precautions.

"Researchers found that the biggest risk for negative health outcomes was probably not state regulations, but people's own behavior," the Times reports in a different story published the same day. "Everyone wants us to talk about policy, but in fact personal behavior still matters a lot here," Kent Smetters, faculty director at the Penn Wharton Budget Model, told the Times.

The importance of those choices is clear from the data underlying the Columbia study highlighted by the Times. To estimate "inter-county human movement in six metropolitan areas," the researchers used data from SafeGraph, which tracks foot traffic counts at 5 million "points of interest" across the country, including bars, restaurants, stores, airports, hotels, and shopping malls. Their charts for Boston, Chicago, Los Angeles, Miami, New Orleans, and New York show sharp declines in movement that began in early March, before lockdowns were imposed on these areas. That pattern is consistent with cellphone tracking data, which likewise show that Americans were moving around less before they were legally required to do so.

It is certainly plausible that lockdowns accelerated the downward trend. When the government forces "nonessential" businesses to close, fewer people go to work. When it shuts down bars, restaurants, movie theaters, recreational venues, and many stores, people have fewer places to go even if they are inclined to venture outside their homes. But as far as I can tell, this study makes no attempt to isolate the marginal effect of lockdowns. Instead the researchers asked what would have happened if the observed decline in movement had occurred one or two weeks earlier.

"The inference results indicate that the NPIs [non-pharmaceutical interventions] varyingly adopted in the US after March 15 have effectively reduced rates of COVID-19 transmission in the focus metropolitan areas," the study says. "To quantify the effects of earlier interventions on COVID-19 outcomes in the US, we performed two counterfactual simulations in which the sequence of transmission rates and ascertainment rate inferred for March 15–May 3, 2020 were shifted back 1 and 2 weeks, i.e. to March 8, 2020 and March 1, 2020, respectively."

Those "counterfactual simulations" are the basis for the confident assertions in the Times story. The researchers describe their results as indicating how things would have been different "had observed control measures been adopted" earlier: There would have been "dramatic reductions of morbidity and mortality due to more timely deployment of control measures." But the model described in the study does not include any specific policy variables, and the authors are vague in describing the "non-pharmaceutical interventions" they have in mind, saying only that reductions in movement happened "in association with social distancing and other control measures."

Do you know what else happened "in association with social distancing and other control measures"? People eventually started moving around more, even while they were still subject to lockdowns. Beginning in late March and early April, the charts show, "inter-county human movement" rose dramatically in all six metropolitan areas. Cellphone data likewise show a nationwide increase in mobility during this period.

Similarly, survey data from Gallup indicate that Americans started getting out more between late March and early May. The share of respondents who said they were completely or mostly isolating themselves—defined as limiting "contact" with people outside their households—fell from 75 percent in late March and early April to 58 percent in early May. That number fell both in states that had lifted their COVID-19 lockdowns as of May 4 and in states that were maintaining them, although the drop was bigger in the less restricted states.

Data like these should be interpreted cautiously, since mobility and "contact" do not necessarily entail a substantial increase in the risk of catching or transmitting the virus. That depends on why and how people are moving around, and whether they are taking precautions like wearing masks and maintaining an appropriate distance from others. As Scott Shackford has noted with regard to GPS data, the fact that people in largely rural states travel farther to pick up groceries or fill their gas tanks does not mean they are bad at social distancing. Likewise, someone who goes for a walk and waves at a neighbor, thereby increasing his "contact" with people outside his household, is hardly a public health menace.

But these trends do suggest that Americans are recalibrating their response to COVID-19 as they settle in for the long haul, regardless of what the government has told them to do. The edicts emphasized by the Times surely have some impact on behavior, but their power is limited by people's willingness to comply, since mass enforcement of stay-at-home orders was never really an option. Given the reality that lockdowns cannot be maintained indefinitely, the question is when and how they should be lifted.

On that score, the Columbia researchers advocate extreme caution. Just as imposing "control measures" earlier could have prevented tens of thousands of deaths, they say, relaxing those measures too soon could lead to a public health disaster. Again assuming that coercive policies are driving reductions in movement and transmission, they model the results of lifting lockdowns, which they assume will have to be reimposed when cases and deaths surge.

In their model, "a decline of daily confirmed cases continues for almost two weeks after easing of control measures. This decreasing trend, caused by the NPIs in place prior to May 4, 2020 coupled with the lag between infection acquisition and case confirmation, conveys a false signal that the pandemic is well under control. Unfortunately, due to high remaining population susceptibility, a large resurgence of both cases and deaths follows, peaking in early- and mid-June, despite the resumption of NPI measures 2 or 3 weeks following control relaxation."

It's not June yet, but by now there should be some indication of rising cases and deaths in states that lifted their lockdowns at the end of April, more than three weeks ago. The evidence at this point is mixed. While Georgia did not actually see a dramatic drop in COVID-19 cases after ending its lockdown, it did not see a spike either. Its seven-day moving average of confirmed cases initially continued to fall, then rose a bit before leveling off. Nor has Florida seen a notable increase in new confirmed cases since its lockdown ended.

While "daily cases in Texas are on the upswing," Sean Trende notes at Real Clear Politics, attributing that trend to the end of the state's lockdown is problematic. "The current spike appears to have started before Texas reopened," Trende writes. He also notes that wider testing will drive up the number of confirmed cases without a commensurate increase in infections, and that "the seven-day average of tests processed in Texas is increasing at a rapid pace."

One way of taking that factor into account is by looking at the percentage of virus tests that come up positive. "A declining rate of positive tests suggests that this really is a story of a wider net being cast, rather than increased infections driving testing," Trende says. "Indeed, that's what we see in Texas, where the percentage of tests being returned positive is at a two-month low."

The projections touted by the Times may yet turn out to be right. But the policy implications are not obvious, even leaving aside the dubious inference that lockdowns should get full credit for driving down transmission.

In the absence of widespread immunity, the deaths that the Times describes as "prevented" by lockdowns may simply be delayed. Among other things, that depends on the effectiveness of more carefully targeted policies aimed at protecting people who are most vulnerable to COVID-19 until a vaccine can be deployed or herd immunity is achieved. It also depends on the precautions those people take on their own—the sort of crucially important adaptive behavior that the Times ignores in its focus on what the government should have done or should do now.

The scenario imagined by the Columbia researchers—in which state governments lift broad restrictions, then reimpose them because of the alarming consequences, then (presumably) repeat that cycle—would be politically untenable as well as economically ruinous. As their own data show, there are limits to the restraints that Americans are prepared to tolerate, regardless of what the models assume.