She sees government COVID-19 restrictions as "the biggest assault on our liberties in our lifetime." 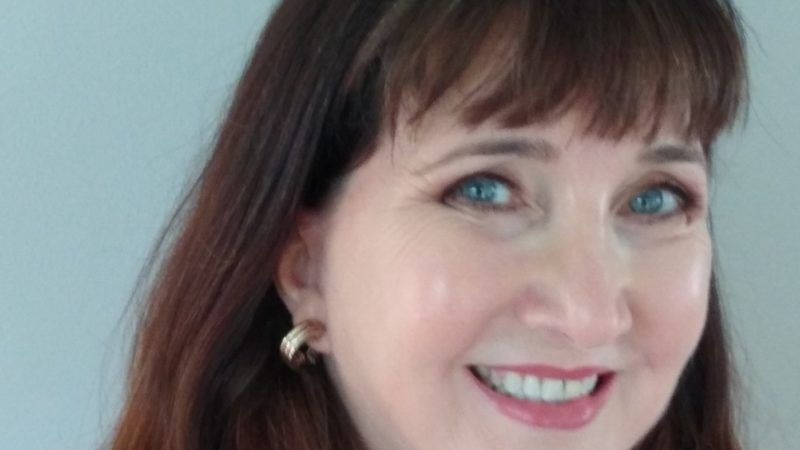 Jo Jorgensen, a senior lecturer in psychology at Clemson University, had such a wonderful time running as the Libertarian Party's vice presidential candidate on a ticket with Harry Browne in 1996 that she's long contemplated taking a swing at the presidential slot. Professional conflicts kept her from doing so for most of this century, and she took herself out of the potential running in 2012 since she was impressed with former New Mexico Gov. Gary Johnson's big-name real-world qualifications. Jorgensen sees 2020 as an opportunity to try for the top spot on the Libertarian ticket.

While pleased with Johnson as a candidate, Jorgensen did not care for "how outside Republican consultants ran his campaign." She thinks they didn't do enough thorough data-sharing with the party and that Johnson's candidacy, despite its record-high vote totals, didn't do enough to permanently grow party membership. Jorgensen notes that the Browne/Jorgensen campaign year saw both higher national paid membership growth, and a growth that lasted longer, than the 2016 campaign led by Johnson and Bill Weld. It's those new members, Jorgensen says, who will be the candidates, canvassers, donors, and activists to keep the party healthier down the line.

Senior Editor Brian Doherty spoke with Jorgensen by phone last night after she'd completed another online debate, this one broadcast by the We Are Libertarians podcast and featuring the three top selections of a delegate-only poll after an earlier Kentucky Libertarian Party debate from last week: Jorgensen, John Monds, and Judge James Gray (who had been Johnson's running mate in 2012). The party's delegates will begin the process of picking their candidate via an online virtual convention tomorrow.

Reason: How was tonight's debate for you?

Jorgensen: I thought it went very well. People who will tell me the truth told me I probably came in first, but we'll see what the delegates say. That's the important audience.

What do you think the Libertarian delegates want in a candidate this year?

I really think they want what I'm selling: a candidate both practical and principled. Some other candidates aren't following the platform all the way, [which they think means] being practical but they stray from the platform too much. I've also seen complaints regarding people who think they are being very hardcore selling freedom and liberty, but aren't showing how they would persuade, how they'd sell [Libertarian ideas] to the American people.

COVID-19, though not something anyone was thinking about when this campaign began, is going to be the dominant issue. What's your take on it for a national electorate?

That government is way too intrusive [in general] is why I'm running, why we even have the Libertarian Party. But even I've been shocked at the [government's reaction to COVID-19]. Los Angeles announcing it will be closed through August? That's just unconscionable.

If cities and states continue to stay closed, it will make it much harder to campaign, of course. But the [COVID-19 reaction] has been the biggest assault on our liberties in our lifetime, and it's two-pronged. There's the personal assault, with us all under house arrest. We can't go to our jobs, we can't go to funerals, weddings, can't see our families.

That's the personal aspect, then there's the economic aspect. That fact that govenment is bailing out companies with two trillion dollars…whenever government spends money, government bureaucrat money [tends to] go to their friends, special interests, and lobbyists. It would be better if Americans got to keep their money and let them decide which companies deserve money, not the government.

Are there any aspects of a hardcore Libertarian message you think are just totally unpalatable to a typical voter?

I am supporting the Libertarian platform plank for plank. But what is not persuasive is someone just saying "I'm for liberty and freedom" and that's all. The people who will be [convinced] by liberty and freedom for their own sake are probably already in the party. What we have to do is convince soccer moms, business people, the average person that our ideas will work better.

For example, I don't think it's a good tactic to just say "it's my body I can put whatever I want in it, take whatever drugs I want." We need to explain to Americans this is how that would help you—crime will go down, your kids won't have drug dealers in school [or as neighborhood role models of success]. Who ever heard of a liquor store owner pushing gin on kids in middle school? I want to argue from a practical standpoint, explain to most Americans that I'm not [supporting drug legalization] because I want to use drugs or you do. I want a better, safer America for your kids and one with less violence.

What are some other issues you'd expect to front and center if you win the nomination?

Health care is urgent, literally life or death. If we don't stop the path to single payer, it's going to be disastrous for the country. It's the most frustrating thing that [many Americans see our health care issues as a failure] for free markets. I want to shout from the rooftops that we do not have a free market system in health care and how if we tried free markets, they would work.

I'd also talk about bringing the troops home, and the environment. I'd stress that if you look around the globe [historically] you see wherever there is bigger government, there's more pollution. As far as global warming, I don't want to get in a debate about how we got here. I want to talk about how to get the cleanest Earth we can get, and if we don't want global warming then nuclear power is the best option. [Rather than one imposed government standard] for reactors, we need a bunch of different companies out there competing, without government picking the winners. Imagine if in the early days of the computer field, the government said, "Bill Gates, you win. Apple, you are shut down." The reason why we got the iPhone is because Steve Jobs and Bill Gates couldn't stand each other and were competing against each other. [Regulations on nuclear power] lost that impetus for competing companies to try to provide better quality.

On immigration, I would put forward the message of the party platform. I would like to dispel [anti-immigrant] myths. Media will find a few immigrants with a drunk driving incident, or some kind of crime of violence, and plaster it all over the place, but if you look at statistics, people born in the U.S. are more likely to commit crimes than people born in other countries who are here.

A lot of so-called immigrant crimes are not stealing money but just crossing the border. If you look at the economic impact overall, it's a net positive. I'd also like to mention I'm the granddaughter of three immigrants and my attitude is not "I'm the last one in, close the door behind me." I want the country more open to everyone not for their sake but for America's sake. It makes our economy more vibrant if we have immigrants come and join us.

What would you say to Trump voters?

I would tell them, you voted last time, sometimes for the first time or first time in 20 years, because you were tired of the same old politicians and wanted something different. But he got into office and acted like all the others. He said he'd cut government size and instead it's bigger; he said he'd get rid of the deficit and he's going in the other direction. You wanted something new and [a Libertarian] is something new, not just another big government spender.

Are you very interested in the political implications of being a woman?

Your academic expertise is in industrial organization and psychology. Do you have any professional insights on the recent behavior of the Libertarian National Committee as they try to deal with the convention process around COVID?

No. I have not been watching it at all. I didn't even sign in until Sunday for the first [online practice meeting for the virtual convention this weekend]. Campaigning for president is already a full-time job.

If you win the presidential nomination, do you know who you prefer as vice president?

One thing I know about Libertarians is they don't like to be told what to do, so even if I had a choice I wouldn't tell them. If I got the nomination I [might say] here are four or five I think would be great, but if you don't like them, vote for someone else. The important thing is not to have a [vice presidential] candidate who would have an opposing platform from mine. I would be happy with some of the current presidential nominees [in the VP slot].

How do you assess your appeal compared to your competitors?

I think we need to run a serious campaign. We need to present an option to the American people [comparable] to Trump and Biden. And while Vermin Supreme is very funny—I thought it was hysterical when he says when he gives you a free pony, if you want a unicorn he'll give you a converter kit—and if I get the nomination I hope he continues his outreach to young people, I think our nominee should run a more serious campaign.

The way I closed the last couple of debates is I pointed out that Jacob Hornberger is extremely principled, he's right down the line in following the platform and that's admirable. And I think Judge Gray is very practical, he keeps saying he doesn't want to give an all-or-nothing message to voters and I agree—we need to present practical solutions to the American people. And I'm the best of both worlds, vote for me because I'm both principled and practical. I'm proud that the Pragmatic Caucus endorses me overwhelmingly and the Radical Caucus gave me a "B" rating, which of the top candidates no one got higher than a "B." This demonstrates I can appeal as both principled and practical.

I have had a lot of people say that they can't find any negatives about me. Some say I'm their second choice. I think more than anyone else I can bring unity to the party, no one else has had [that kind of support from both Pragmatic and Radical caucuses]. I think I'm the perfect blend, the only one who has, and I hate to sound like a Ph.D., but the only one who has evidence and data [on her side].