Is the Stock Market's Response to COVID-19 Optimistic or Just Plain Nuts?

It may be a statement about the decline of the dollar, but the best-case explanation of the resilient stock market is that it is sending us a positive message about a rapid recovery of both public health and corporate profits. 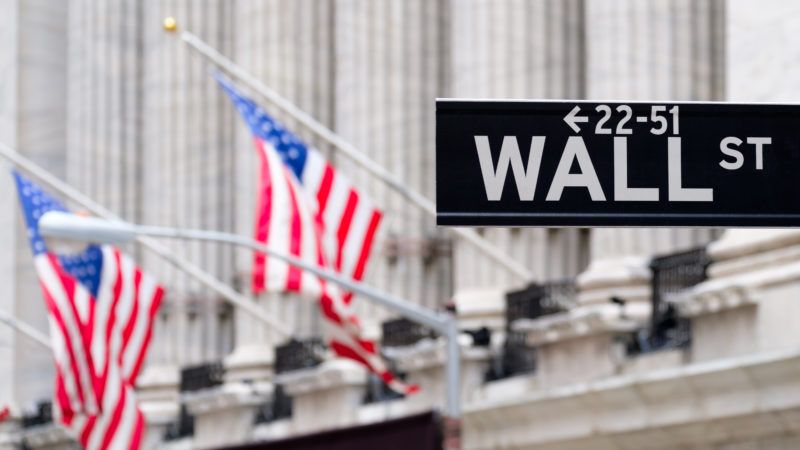 What accounts for the apparently dramatic mismatch between the stock market and the economy?

Unemployment is the worst it has been since the Great Depression. Goldman Sachs says it could hit 25 percent. Gross domestic product could fall by 42.8 percent, according to the Federal Reserve Bank of Atlanta.

Yet as I write this the Standard and Poor's 500 Index of large U.S. stocks is off by 9 percent or so from its 2019 year-end close. That is significant, but less dire than the predicted decline in GDP or the rise in unemployment.

The journalists are having a hard time figuring it out.

"Have the record number of investors in the stock market lost their minds?" asks a New Yorker headline. The article paraphrases the Yale economist Robert Shiller, a staple of such articles, who, The New Yorker reports, "issued a warning to investors: being in the market at this point is much riskier than it appears."

The business cable news channel CNBC refers to "the puzzle that is the current relationship between the U.S. stock market and the underlying economy."

Quartz, a business news website, reports, "If forecasts for a 30 percent to 40 percent decline in gross domestic product turn out to be accurate, then the US stock market's valuation is more disjointed from the underlying economy than it's been since the dot-com bubble in 2000."

Paul Krugman, the New York Times columnist and Nobel-Prize-winning economist, writes of "the disconnect between stocks and economic reality."

Some of the resilience in the stock market is driven by technical factors such as automated rebalancing of target-date retirement funds or other portfolios that have a fixed stock-bond percentage split. Low interest rates mean that investors seeking income have to seek out dividend-paying stocks, because savings accounts and government bonds are not paying out enough to live on. Investors who lived through the 2008 financial crisis may have learned that apparently dire times are a good moment for long-term investors to accumulate shares at low prices that will eventually recover in value. And stocks, after all, are a promise of a share in eventual future earnings. Most people think the world will recover eventually, the question is just how long it will take.

Stock prices, and dividends, are measured in dollars that are worth less in gold than they were before the virus outbreak, so anyone talking about stock values needs to be mindful of the unit of measurement. Betting that a share is worth more may just be a different way of betting that the dollar it was bought with is worth less; if IBM stock soars to $150 from $100, another way to say that is that the dollar that once bought one-hundredth of a share of IBM now only purchases one hundred-and-fiftieth of a share of IBM. It may be a statement about the decline of the dollar, rather than about the rise of IBM.

The most hopeful story, though, is that investors betting their own or their clients' money have a different, and more optimistic take on the coronavirus than do the newspaper editors and public health officials.

The newspaper editors for the most part have an interest in emphasizing the most dire news. No one is much interested in reading articles about mild or asymptomatic cases of COVID-19. Those get buried deep inside the paper. People are interested in reading articles about otherwise healthy 40-year-olds—" cataclysmic spiral from avid skier, cyclist and runner to grievously ill patient," or the 14-year-old, "previously healthy… hospitalized with heart failure." You have to read closely to find the newspapers admitting that, as one doctor wrote in The New York Times. "It appears that most COVID-19 patients experience relatively mild symptoms and get over the illness in a week or two without treatment."

If the news providers have a click-driven financial motive to emphasis the worst news, the public health establishment and the politicians that employ them face similar temptations to emphasize the worst-case risks. That scares people into staying home. It reduces the transmission of the virus. And it justifies some of the more extreme and intrusive measures that have been taken, such as restricting gatherings and ordering the closure of schools, places of worship, playgrounds, and many businesses.

None of this is to question the sincerity or good intentions of these politicians or health officials. COVID-19 is a deadly disease, especially to elderly individuals and those with pre-existing conditions. It's possible that had the politicians and public health officials taken it less seriously, the virus could have spread more quickly and killed more people.

It's also possible that investors have a false bias toward optimism because they are in denial, unwilling to confront a grim reality. Investors may be deluding themselves, wishful-thinking style, that the coronavirus risk is less than it is. Maybe someone will look back six months or a year from now and accuse me, or today's stock-market investors, of that.

For now, though, it sure looks like the wisdom of crowds as expressed in the stock market has a happier outlook about the speed and degree of economic recovery than do the "experts" as filtered by the press. The best-case explanation of the resilient stock market is that it is sending us a positive message about a rapid recovery of both public health and corporate profits.