Electing celebrities won't fix what's wrong with American politics, and encouraging their performative antics won't either. CNN should do better. 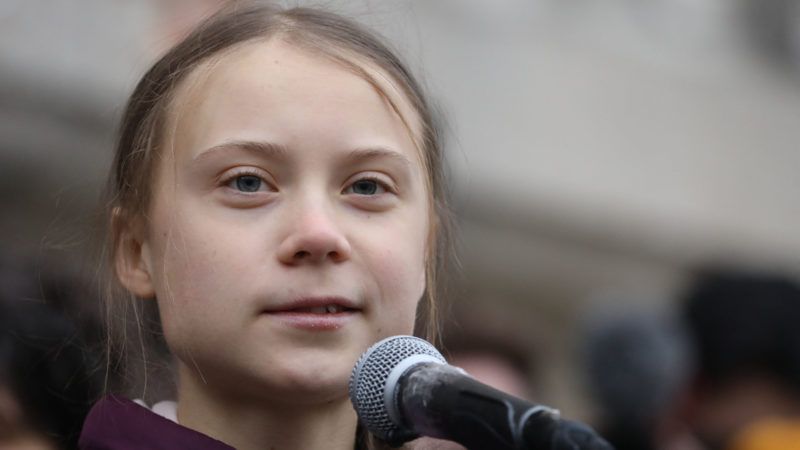 Swedish climate activist Greta Thunberg has been invited by CNN to be an "expert panelist" on a Thursday night event about the COVID-19 pandemic.

If you are a bit confused by this choice, that's fair. Thunberg is not really an expert in the field for which she is most well known, and that field is not virology or epidemiology or economics. I don't mean that as a slight against her angry performance at the United Nations last year. Honestly, more teenagers should snarl derisively at the elected and appointed leaders ruining the world.

Still, it was a performance and she is a performer, not an expert in pandemics or economics. Her inclusion on a panel that CNN is promoting as "Coronavirus: Facts and Fears" seems like a poor use of airtime. Sweden has taken a unique and interesting approach to COVID-19 that may prove useful for informing American policy. If the network wanted to share that experience with American news consumers in a way that could inform them, it might've been better to book a Swedish epidemiologist rather than a Swedish 17-year-old the internet loves to fight over.

Is this more evidence for the so-called "death of expertise"? That idea, most memorably expressed in a book of the same name by anti-Trump conservative Tom Nichols, says that Americans have rejected expertise in policymaking (and other fields) in favor of misinformed hucksterism and conspiracy theorizing. The best piece of evidence for this trend is the election of President Donald Trump. Yet if public polling is to be believed, Americans trust the experts more than they trust Trump on the coronavirus.

Thunberg's inclusion does say something pretty dreadful, however, about institutional media. People who talk about a decline in institutions usually mean public entities like the Justice Department or the presidency, or civic organizations like the Lion's Club. But the media is an institution too, and it has been weakened not by the death of expertise (we have plenty of experts!) but by the cancer of cynicism.

Trump embodies that cynicism and so does media coverage of his behavior. His campaign rallies feature racist attacks on immigrants, but look at how many people showed up! His coronavirus press briefings are a word salad of half-truths and random speculation, but look at the ratings!

Inviting Thunberg to this panel was a deeply cynical decision by CNN. They knew it would be a big deal on Twitter, that it would raise the profile of the event even as it caused people who weren't going to tune in anyway to get Mad Online. CNN knew they could get publications like Reason to write articles like this one providing free publicity beforehand, and that many publications—CNN.com included—will write recaps afterward, likely with a CNN video embedded. People who would not otherwise watch the panel if it included exclusively public health experts and economists will watch it because Thunberg is on it.

CNN's producers can, of course, invite whomever they want to their events. But when a news network makes a choice like this one—to provide a global platform on an issue of global importance to a teenager with no expertise—those of us who find that decision disconcerting should demand better. Media institutions like CNN are not victims of celebrity pseudo-expertise, they are the driving force behind it.