From our modern vantage point, it's easy to scorn some decisions that suffrage movement leaders made. Suffrage adds context. 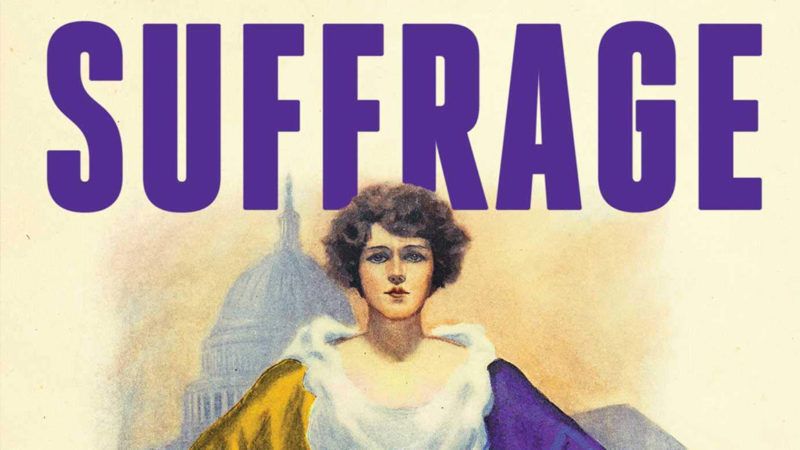 Were early American feminists classical liberals or radical leftists? Did they support or work against black enfranchisement and the abolition of slavery? Did they get too tied up in the temperance movement, or did aligning with Prohibition help their cause? The answer to all of the above is yes, a new book suggests.

In Suffrage: Women's Long Battle for the Vote, UCLA historian Ellen Carol DuBois takes us from the first stirrings of American women's organized fight for legal rights, in the 1840s, through the ratification of the 19th Amendment—giving U.S. women the right to vote—in 1920. There's no shortage of space devoted to famous suffragists like Elizabeth Cady Stanton and Susan B. Anthony. But Suffrage makes room for many lesser-known activists and organizers, including black suffragists often left out of history books. It also delves into nitty-gritty detail about the electoral and cultural politics undergirding women's suffrage.

The book is insightful about shifting conceptions of proper female attributes and behavior, revealing the shifting constituencies and causes of American party politics. Republicans were long more embraced by women's rights crusaders and abolitionists, while Democrats fought like hell to avoid politically empowering both groups—a stance only shaken once wage-earning black men and women began to constitute a large portion of Democrats' organized-labor-heavy base.

From our modern vantage point, it's easy to scorn some decisions that suffrage movement leaders made: breaking early ties with the abolition movement over black men getting the vote before women did, crusading to ban alcohol, cozying up to party machinery, playing up anti-immigrant sentiments, and more. Suffrage grounds such compromises and alliances in context, inviting readers to consider the extreme political constraints these activists worked under as they fought their battle.