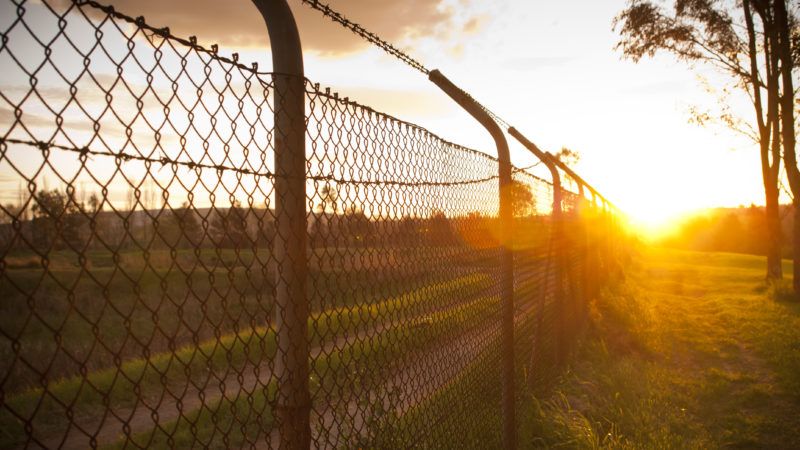 Failing to "aggressively decarcerate and reduce the incarcerated population" is leading to masses of preventable deaths in prisons and jails and in the larger population, say Democratic lawmakers in a new letter calling on New York Gov. Andrew Cuomo and governors of other states hardest hit by COVID-19 to take emergency action. "Each of you has the power to stop this preventable tragedy from being even more devastating."

"Prisons in your states have become incubators for COVID-19," write Reps. Alexandria Ocasio-Cortez (D–N.Y.), Ayanna Pressley (D–Mass.), Cory Booker (D–N.J.), and several others to the governors of California, Illinois, Massachusetts, New Jersey, and New York. They're asking governors to issue clemency or grant release to "adults age 50 and older, medically vulnerable populations with underlying conditions such as HIV/AIDS, diabetes, asthma, and heart disease, pregnant individuals, juveniles, and individuals with less than 1 year left on their sentence, irrespective of the offense," so long as these prisoners "don't pose a reasonable risk to public safety."

In the May 5 letter to Cuomo, California Gov. Gavin Newsom, New Jersey Gov. Phil Murphy, Massachusetts Gov. Charlie Baker, Illinois Gov. J.B. Pritzker, and National Governors Association Chair Larry Hogan, governor of Maryland, the representatives note that prisoners and staff at federal, state, and local correctional facilities have seen 28,300 cases of COVID-19 so far and 273 deaths. And, according to a recent American Civil Liberties Union study, failure to take emergency steps to reduce incarcerated populations could lead to 100,000 additional COVID-19 deaths among people inside and outside lockup.

Prisons & jails are amongst the worst #COVID19 hotspots. Failure to act urgently puts the lives of millions of incarcerated people at risk.

I'm calling on the @NatlGovsAssoc and governors in the hardest-hit states to prioritize #DecarcerationNow, before it's too late. pic.twitter.com/7pGY7C87gi

"The health of our nation depends on the health and safety of our most vulnerable communities, particularly those in congregate settings such as corrections facilities where physical distancing is all but impossible," states the letter, which was also signed by Democratic Reps. Karen Bass (Calif.), Barbara Lee (Calif.), Jan Schakowsky (Ill.), and Nydia M. Velázquez (N.Y.).

"We strongly urge you to use your clemency and emergency powers to reduce the incarcerated population and limit the spread of this virus. With the stroke of a pen, you could help save the lives of tens of thousands of juveniles, elderly and medically vulnerable people held in custody at the state and local level."

I have been raising these concerns repeatedly with BOP and will continue doing so. This is why I have called for compassionate release for vulnerable incarcerated individuals who present no public safety risk. https://t.co/KG4KdxiBHW

Is "Karen"—or the similar "Becky"—an anti-racist protest against white ladies who call the cops at the drop of a hat? Or is it sexism posing as progressivism?

It's impossible to pin down "Karen" because the term has multiple meanings, varying according to context. The reason "Karen" is meant to be objectionable depends who's having the conversation about her and why. With the internet collapsing context, it isn't always clear. If you don't know whether the avatar and handle before you belong to a black woman; a white man; or an especially eloquent bot, how are you meant to know whether an ugh-white-women is emphasizing the "white" part or the "women" one? Are you witnessing righteous fury at weaponized white female fragility—or simply at the tendency of white feminists to repeat the mantra of Straight White Men as the source of all evil, eliding their own complicity or what have you—or is it about stigmatizing the sort of (older, or not that young) woman who DGAF about people-pleasing and demands to speak to the manager.

The "Karen" question is really the problem with ambivalent spots on the privilege hierarchy. A demographic that has more than some but less than others presents a dilemma in social justice understandings. It's as if there needs to be an official answer: either the term is A Slur, or it's Actually Fine. Either "Karen" is privileged or she's oppressed.

How popular clothing brands are coping with COVID-19. In short, not well. J. Crew even filed for bankruptcy earlier this week. Meanwhile, fashion merchandise on store shelves is rapidly declining in value as the outbreak carries on and people both stay at home and have less money to spend even if shopping online. The only sector surviving nicely is "off-price retailers and resale entities" like T.J. Maxx and Marshalls, reports The Fashion Law. "The T.J. Maxxes and Marshalls of the world and the growing number of digitally-native resale sites are being presented with what Credit Suisse analyst Michael Binetti has called 'the greatest buying environment for off-price in a decade.'"

My latest journal article is online! In this I unpack strategic stories told about decrim of sex work in NZ by neo-abolitionists, & the strategies they use to undermine evidence, which serves to manufacture uncertainty re the value of decriminalisation. https://t.co/TWmlNaDPcA