If you’re invoking an obscure law designed for the purpose of punishing political adversaries, don’t be surprised when it backfires. 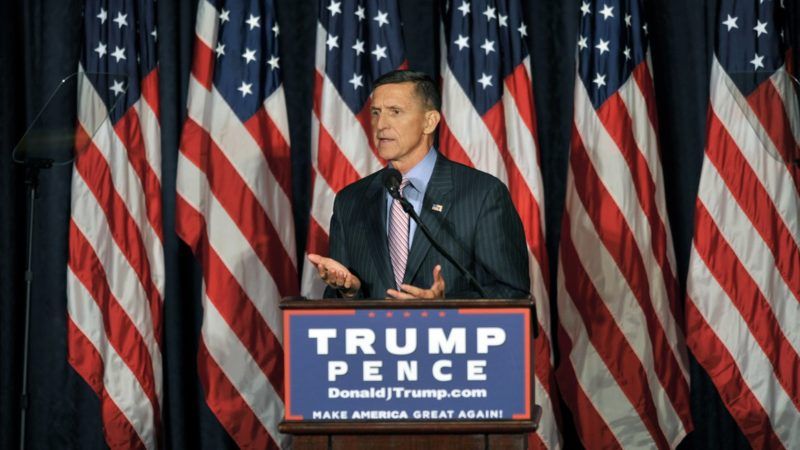 Some people invested in justifying the investigation and prosecution of Mike Flynn, former national security adviser to President Donald Trump, are pointing to the archaic, terrible Logan Act to justify Flynn's treatment.

In The New York Times' opinion section today, Norman Eisen (who served as House Democrats' counsel during the impeachment of Trump), argues that internal documents released Wednesday detailing how the FBI approached Flynn's interviews show that the investigation was legitimate. Eisen believes Trump's defense of Flynn "signals that the president will escalate his abuses of power in the run-up to the 2020 election."

Here's where the Logan Act comes in:

The Michael Flynn scandal was one of the first to reveal the pattern of lawlessness that has characterized the Trump administration. In December 2016, Mr. Flynn, in a phone call, successfully implored Russia to moderate retaliation against the United States for sanctions imposed because of the attack on U.S. elections. The conduct raised serious questions under the Logan Act, which prohibits private parties from conducting U.S. foreign policy.

Eisen probably doesn't realize it (and he certainly wouldn't acknowledge it), but his invocation of the Logan Act here actually bolsters the argument that Flynn's prosecution had at least some political motivations.

The Logan Act is a terrible law, and it has never been invoked for a good reason. It was passed in 1799, during a small undeclared naval war, when a Philadelphia Quaker named George Logan attempted to independently negotiate peace between the United States and France. His efforts undermined the political goals of the ruling Federalist Party, and so the law was enacted as a tool to punish anyone else who attempted to follow in Logan's footsteps.

All which is to say: The very purpose of the Logan Act is to punish political speech that runs counter to the sitting president's foreign policy goals. Every invocation of the law has been to threaten somebody from an opposing political party for getting involved in foreign policy in a way that displeases whoever has control of the White House. The fact that nobody has actually ever been prosecuted for violating the Logan Act—which would create an opportunity to challenge whether the law itself violates the First Amendment—should be seen as a big red flag whenever it's mentioned.

The documents released this week do indeed show that FBI officials considered recommending to the Justice Department that Flynn be charged with Logan Act violations. This possibility was discussed in the media back in 2017, when Flynn pleaded guilty to lying about his connections and conversations with Russian ambassador Sergey Kislyak. I blasted the idea at the time, and I haven't changed my mind.

One more thing. This conversation between Kislyak and Flynn, where Flynn encouraged Russia not to react harshly to new sanctions from the United States, took place in late December 2016, after Trump won the presidential election and just weeks before he'd take office. Flynn was part of Trump's transition team and was representing the incoming administration. (Well, sort of: The administration itself apparently didn't know about these conversations, and that contributed to Flynn's downfall in February 2017.)

So even in the context of the Logan Act's stated purpose, it doesn't make sense to apply it to Flynn. Remember: The intent was to prevent outsiders from undermining the president's foreign policy goals. It's absurd to use it against an incoming official who merely pointed out that one of the lame duck president's policies isn't likely to stay in place.