For Better Health, Find a Cure for Government

In a time of health crisis, government has proven to be a crippling underlying condition. 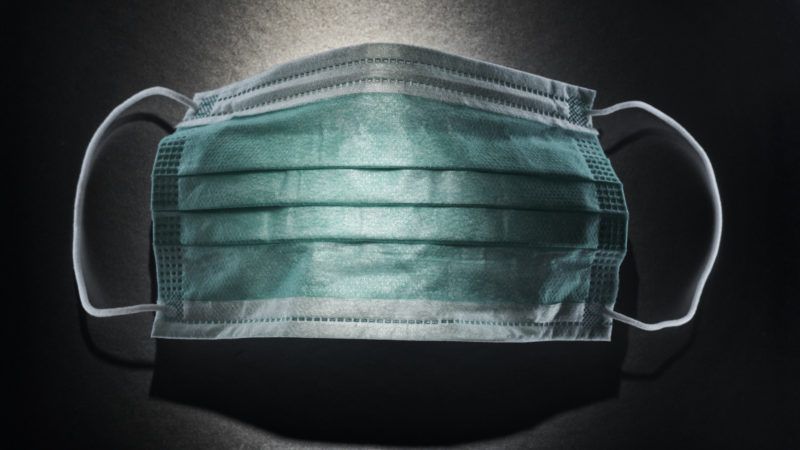 If the COVID-19 pandemic has demonstrated anything, it is that there is no situation so severe that government can't make it worse. Government's recent crimes are legion: standing in the way of testing; complicating efforts to acquire protective equipment; imposing authoritarian and uniform lockdown rules across very different populations; and enforcing those rules in dangerous and ill-considered ways.

If you can assess the conduct of government officials through the pandemic and conclude that what we really need is more of that, then we're probably going to cure the novel coronavirus long before we find a treatment for whatever it is that ails you.

The societies over which governments exert their power are made up of myriad individuals, businesses, churches, and organizations interacting with one another for purposes of their own. The people in a society may inhabit dense urban areas or sparsely settled countryside. They may have deep pockets or meager resources. They may have high tolerances for risk or shy away from danger. Often, they have little in common except goods, services, and ideas to exchange for mutual benefit. Forcing them to walk in lockstep makes little sense.

"Americans are being told they must still play by New York rules—with all the hardships they entail—despite having neither New York's living conditions nor New York's health outcomes," Bret Stephens pointed out in The New York Times last weekend.

Other than a few basic rules like "don't murder" and "don't steal," there is very little you can impose from the top-down on a diverse society that can help and please one group without hurting and offending another. But that's exactly what government does—inflicting one-size-fits-all-mandates that don't fit many people at all and are usually poorly considered, at that. And during this pandemic, the government has exercised its taste for incompetence and draconian rules with a vengeance.

Famously, the federal government produced a dumpster fire of a COVID-19 test rather than adopt proven tests developed elsewhere. It also prevented universities, researchers, and private laboratories from developing their own tests, throwing bureaucratic hurdles in their way for weeks and allowing the disease to spread.

When it became obvious that available stocks of personal protective equipment were insufficient, federal regulators told aspiring new mask producers that getting approval for their efforts could take anywhere from 45 to 90 days.

Distilleries that tried to shift to producing much-sought hand sanitizer discovered they would be required to pollute their production lines with "denaturant" meant to make the product unpalatable—and therefore complicating the return to producing beverages after the crisis passed.

When hospitals and state officials do find supplies, they have to worry that they'll be flat-out stolen by federal agencies who think they would be better used by somebody else.

Rules closing businesses, limiting gatherings, and even restricting outdoor excursions were supposed to "flatten the curve" to slow the spread of COVID-19 so that hospitals didn't get overwhelmed. But the virus didn't hit the same way everywhere. Instead, New York City and a few other hot spots got slammed. Elsewhere, most medical facilities found themselves tending empty beds, pondering the fate of patients whose "elective" cancer, heart, and back surgeries are deferred to some uncertain date in the future, and watching cash reserves dwindle for lack of patients to treat.

"Mayo Clinic is furloughing or reducing the hours of about 42 percent of its 70,000 employees across all of its campuses in an attempt to mitigate the financial losses from the COVID-19 pandemic," reports the Rochester Post-Bulletin of the famed medical system. "About 60 percent of Mayo Clinic's business comes from elective procedures of the kind that are now on hold."

Furloughs and pay cuts are "a function of clumsy, if well-intentioned, federal and state directives to halt all non-emergency procedures," writes Rick Jackson of Jackson Healthcare, a medical staffing company. He wants the government to get out of the way so doctors and patients can decide for themselves.

Idled doctors and untreated patients are the consequences of rules intended to help the healthcare system. Stay-at-home orders take an even bigger toll on people and industries that are collateral damage.

With 26.5 million jobs lost since governments started ordering businesses closed, the unemployment rate is estimated to have topped 20 percent and could be headed north of 30 percent. Some of those jobs aren't coming back—at least not in the short term—because the businesses that offered them are themselves on the brink of extinction.

A few sectors—such as department stores—were already on the ropes and lockdowns are the final straw. Others are small businesses that can't suspend operations indefinitely and expect to pick up where they left off. They'll eventually be replaced, but only after bankruptcies, impoverishment, and a period of rebuilding inflicted by government decree. Those are costs rarely considered by those who insist, under penalty of law, that we focus on one set of risks and disregard others.

Governments have brought the same lack of judgment behind the formulation of their stay-at-home orders to their enforcement. Violators have been tossed into crowded jail cells, chased through the lonely ocean for daring to venture outside, fined for attending church services while isolated in their cars, and arrested for playing with their children in public.

Inevitably—if to the surprise of those who reflexively defer to government officials—people push back.

This past weekend saw thousands gather to protest in Madison, Wisconsin, echoing demonstrations elsewhere. Some attendees see rules tailored to help densely settled cities "driving resentment among people who live in areas with many fewer cases of the virus and are being subject to the same economic restrictions," according to the Milwaukee Journal-Sentinel.

True, individuals can exercise poor judgment, gathering too closely in a time of contagion. But their choices are relatively limited in their impact, putting at risk mostly others who choose to gather with them. By contrast, government amplifies the effect of every decision, imposing rules—good or bad—favored by the loudest and most influential across the population. When the decisionmakers are foolish, or panic-stricken, or corrupt, or just idiots, they get to spread the damage they do far and wide.

As we've seen, there is lots of foolishness, panic, corruption, and idiocy to go around in government. That's why it's not enough to say that better people would give us better rules and rule-enforcement. Yes, the president seems utterly clueless when he weighs in on the pandemic. And yes, the governors who are often in conflict with the president appear alternately power-hungry and eager to punish political enemies. But these are the actual officials our system produces, not the philosopher kings some election of the future is supposed to produce once the current officeholders are swept away.

Besides, the Food and Drug Administration and Centers for Disease Control and Prevention officials who screwed up testing and hamper companies trying to respond to the crisis are precisely the sort of experts to whom we're supposed to defer. They're no better with coercive power than anybody else.

And because government and one-size-fits-all rulemaking are involved, the lockdowns and protests are yet more stress for an already politically fractured country. A new working paper by economists from Stanford, Harvard, and New York University finds "substantial gaps between Republicans and Democrats in beliefs about the severity of COVID-19 and the importance of social distancing."

Pandemic politics are certain to make coming elections and factional battles of the future even nastier than they were going to be.

The common problem here is government itself. In a time of health crisis, government has proven to be a crippling underlying condition that weakens society, slows our ability to battle a dangerous disease, and turns us against one another. Fighting COVID-19 is an important short-term goal but eradicating or at least mitigating the plague of government would be an even greater victory for health.