Calls to U.S. poison control centers are up. They have been since March. 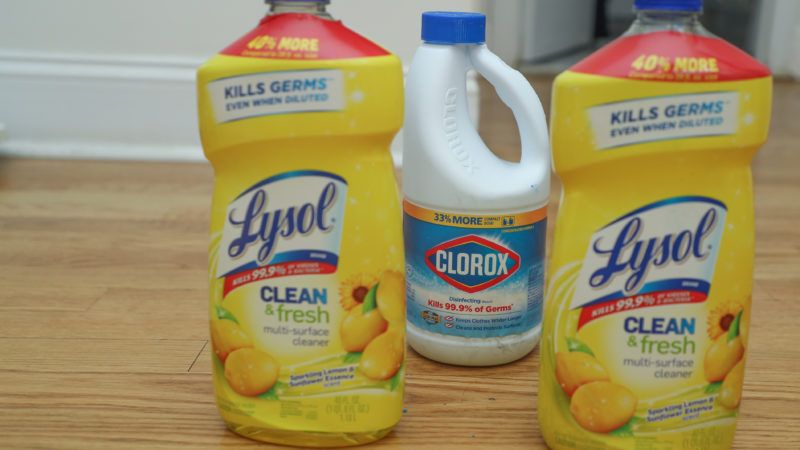 On Thursday, the president suggested that perhaps an "injection" of disinfectant could help cure people of COVID-19. Critics of Donald Trump went to town—and rightfully so!—while supporters scrambled to settle on a defense (both "he didn't really say that" and "he did but it was sarcasm" have been in play). By Saturday morning, social media was abuzz with articles about people calling poison control centers, each crafted to illustrate how Americans had apparently taken Trump's ramblings to heart and consumed household disinfectants like Lysol and bleach.

The problem? Articles shared as illustrations of this actually said no such thing.

Fearing that you ingested something doesn't jibe with having intentionally consumed that substance.

The authors of the Daily News piece, Anna Sanders and Chris Sommerfeldt, try to circumvent this inconvenient fact by noting that over the same time period in 2019, the Poison Control Center "only handled 13 similar cases." And while this time, nine calls were about possible Lysol exposure and 10 about bleach, last year's calls contained "no cases reported about Lysol exposure and only two were specifically in regards to bleach."

The paper doesn't present any other data about calls to Poison Control for comparison. But one needn't do a detailed analysis to surmise why exposure to things like Lysol and bleach—and fears about this exposure—might be up this month over April 2019. And one needn't reach for the ridiculous explanation that it's because people deliberately consumed it en masse after listening to Trump. We are in the midst of a pandemic right now, and we were not in April 2019. Of course more people are being exposed to household disinfectants at the moment than were during this time last year.

The Daily News does note that none of the callers died or required hospitalization, which also suggests their exposure was minimal and not of the Lysol-mouthwash variety.

But the Daily News piece is far from the only poison-control story being framed misleadingly. A story out of Kentucky that's being shared as "evidence" people have been consuming household cleaners following Trump's Thursday statements is actually about calls to Kentucky poison control centers in March.

"Poison control centers around the country, including here in Kentucky, are seeing a spike in calls related to COVID-19," says the WDRB.com story. Ashley Webb, director of the Kentucky Poison Control Center, told the outlet that "just in March, we saw about a 30% increase in hand sanitizer exposures and about a 50% increase in household cleaners."

A similar spike in calls to poison control centers has been seen in many states. But these boosts all started in March, as people began using more household disinfectants to try and stave off the new coronavirus, and not just last week.

In Maryland, over the past six weeks, "calls for toxic exposure to hand sanitizers have nearly doubled since the same time in 2018," according to Fox 5 Baltimore. "In addition, the MD Control Center has had 95 calls for bleach exposure, more than double last year's 46 calls in the same time period."

In Illinois, two people "had 'inappropriate exposure' to disinfectants after President Trump's COVID-19 briefing Thursday," reported WCIA.com on Friday. But a spokesperson for Illinois Poison Control told WCIA that this wasn't unusual and calls had been up 36 percent since the COVID-19 pandemic's start, often related to people doing things like trying to wash produce with cleaners that are toxic for people to ingest.

The CDC report containing these numbers was released this week, so many have interpreted the data as being related to the Trump disinfectant hoopla. But the CDC data on poison control calls end on March 31.