If COVID-19 Has a Low Infection Fatality Rate, How Many Will Die? 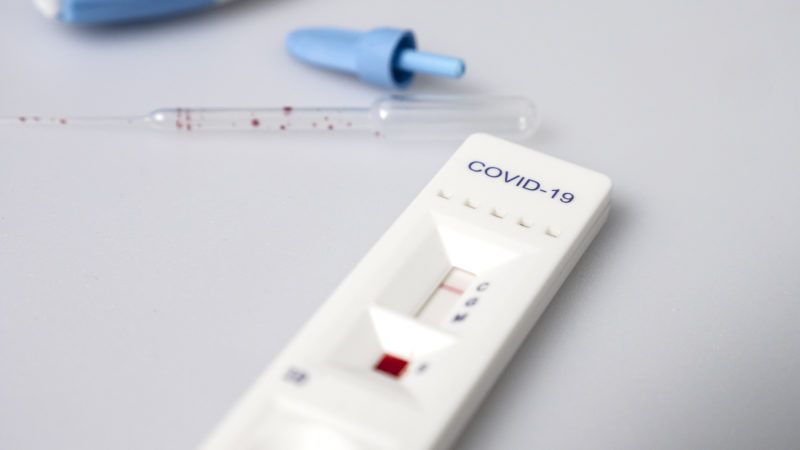 Two studies by researchers associated with Stanford University and the University of Southern California have deployed antibody blood tests seeking to determine what percentage of people in two California counties have been infected with the novel coronavirus that causes COVID-19. Based on their population screening tests, the researchers estimated that 2.49 to 4.16 percent of the residents of Santa Clara County (Silicon Valley) and 2.8 to 5.6 percent of the residents of Los Angeles County have been infected.

In the case of Santa Clara County, that would mean that by early April between 48,000 and 81,000 people had been infected, which is 50 to 85-fold more than the number of confirmed cases at that time. The results of the Los Angeles County study imply that approximately 221,000 to 442,000 adults in the county already had the infection. That estimate is 28 to 55 times higher than confirmed cases at that time in that jurisdiction.

The finding that a huge proportion of coronavirus infections in the U.S. have been going undetected immediately attracted the attention of biostatisticians working at other institutions. Many critiqued the Santa Clara County study, suggesting, among other flaws, that its false positive rate was possibly way too high and that the study was enriched with participants who were more likely to have been exposed to the virus than the general population of the county. Those questions are still being hashed out.

Let's assume that the results of these two studies are correct. If so, that means that the infection fatality rate—the percentage of infected people who will die of the disease—is somewhere between 0.12 and 0.2 percent in Santa Clara County and between 0.1 percent and 0.3 percent in Los Angeles County. The infection mortality rate for seasonal flu hovers around 0.1 percent. Please keep in mind that the rough calculations that follow are intended to tease out some of the implications about the possible future course of the pandemic from the two California studies.

Let's start by using Centers for Disease Control and Prevention (CDC) data from the 2017-2018 influenza season. That season was one of the worst in the last 10 years, with an estimated 45 million Americans becoming infected with the respiratory illness, of whom 34 million were over the age of 18. The adult population in 2018 was 254 million, which means that about 13.4 percent of adults were infected with symptomatic disease. As it happens, a 2016 review article has estimated that about 20 percent of people infected with flu viruses do not experience flu symptoms. This is likely because many asymptomatic carriers have some residual immunity from earlier infections. Nevertheless, those carriers can still shed viruses and infect other people. Including the asymptomatic cases of flu would imply that about 41 million adults, roughly 16 percent of the adult population, had contracted flu during the 2017-2018 season.

Again assuming that estimates in the two California studies are in the ballpark, the big difference between seasonal influenza and COVID-19 is the percentage of the population that is likely to become infected. The extent of influenza epidemics is constrained by the fact that a high percentage of the population has already developed immunity to the disease, either through previous infections or via vaccination. The novel coronavirus is attacking a population that has neither developed immunity to it nor has access to an effective vaccine with which to ward it off.

Harvard epidemiologist Marc Lipsitch has estimated that eventually between 20 and 60 percent of adult Americans could be infected with the virus. Again, there are about 254 million Americans over age 18 as of 2018. So let's use the Los Angeles County study's range of 0.1 to 0.3 percent IFR for the coronavirus to get a rough estimate of the number of Americans who might die from COVID-19.

The two California studies estimate that the percentage of the U.S. adult population that is infected is between 2.5 and 5.6 percent. This yields an estimate of adult Americans already infected ranging from 6.4 to 14.2 million. Given that 44,000 have died of the disease, this calculation produces IFRs ranging between 0.7 and 0.3 percent.

Yet another way to calculate possible IFRs is to multiply by the low and high rates of undiagnosed cases implied in the two studies. At the low end, the Los Angeles County study suggested that undiagnosed cases were 28-fold greater than diagnosed cases. At the high end, the Santa Clara County study reported an 85-fold ratio. Since about 800,000 cases have been diagnosed in the U.S. as of April 21, that would imply that between 22.4 million and 68 million Americans have already been infected by the novel coronavirus. Using those estimated infections yields a range of 0.2 percent to 0.06 percent for a COVID-19 IFRs.

It is worth noting that a recent German study reported an IFR for COVID-19 at about 0.4 percent.

Many critical biostaticians noted, as I did, that the California studies imply that the COVID-19 infections must be very widespread to produce the excess mortality seen in places like New York City, meaning that essentially most New Yorkers must already have been infected. That seems implausible.

One additional observation: Both California studies were conducted by academic and private sector researchers and supported by private funders. The government efforts at population screening for coronavirus antibody prevalence are lagging behind.

Epidemiologists are trying to see through the murk of the ongoing pandemic. These preliminary studies are part of that ongoing process and absolutely should not be taken as the last word.