The COVID-19 crisis has resuscitated some seriously bad ideas. 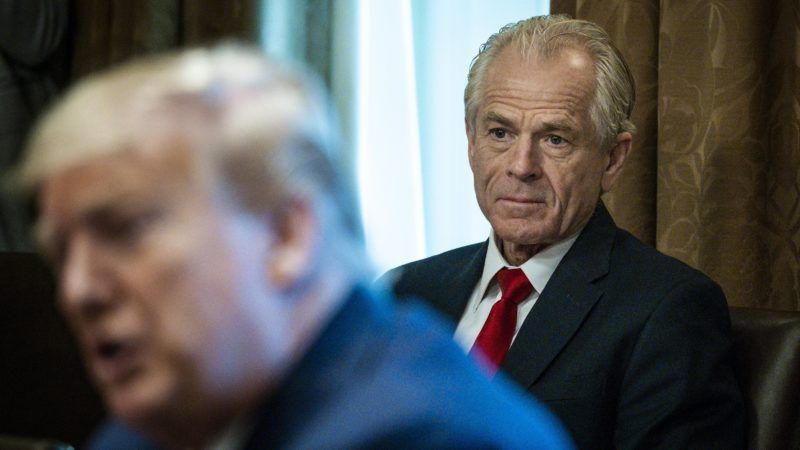 A pandemic is not the time for imprudent public policies. Unfortunately, the COVID-19 crisis, like many earlier ones, has resuscitated some seriously flawed ideas. I fear we may see two such notions implemented within the next few days or weeks.

One such unwise idea is a call by White House trade adviser Peter Navarro for an executive order to bring pharmaceutical and medical supply chains back to the United States, in part by placing new "Buy American" requirements on certain government agencies. Buy American requirements have been with us since the days of President Herbert Hoover. They have always been a mistake, but as Dan Ikenson of the Cato Institute recently and sensibly wrote, "during a pandemic…the White House should avoid measures that impede Americans' access to affordable, quality medical supplies."

One can understand why this idea may have some appeal on the surface. It's often sold as a way to create more self-sufficiency. This administration also likes to claim that it's a way to distance ourselves from China for national security reasons. This longing for self-sufficiency is gaining supporters, a trend fueled by the often-cited claim that 80 percent of America's pharmaceuticals come from China. Never mind that this number is a completely misleading statistic "based on a misreading of a government report that says no such thing," as Eric Boehm of Reason magazine writes in a superb investigative piece.

Even if one supports a policy of cutting off all pharmaceutical imports from China, a Buy American regulation would force us to forgo medical supply purchases from all countries and create major problems. For instance, Ikenson reports that, according to the to the Census Bureau's import statistics, of the $132 billion of products classified as "pharmaceuticals," "only $1.6 billion (or 1.2%) came from China. As for the chemical ingredients in pharmaceutical products—most of which are classified in Chapter 29 of the HTS (Harmonized Tariff Schedule of the United States) under 'Organic Chemicals'—U.S. imports amounted to $49.2 billion in 2019, of which China accounted for $7.7 billion, or 15.6 percent." Even if we are more dependent on China for some specific products or ingredients, a blunt Buy American provision would do more destruction than required.

Moreover, once such a regulation is in place, other countries will retaliate, which will hamper the international flow of medicine and medical supply chains even more. In turn, the cost of life-saving equipment and drugs will rise, and, over time, increase the very scarcities at home that this measure is ostensibly meant to prevent.

Another idea that's equally awful and unoriginal is the notion of banning the exportation of medical products. Navarro again has been pushing this misguided policy for weeks. Trump recently criticized the company 3M for exporting face masks to Canada and Latin America. Simon Lester of the Cato Institute notes that the Federal Emergency Management Agency issued a "temporary final rule" with the title "Prioritization and Allocation of Certain Scarce or Threatened Health and Medical Resources for Domestic Use." That said, Lester doesn't seem to be overly concerned about the rule, because it will all depend on how FEMA applies it.

Some 20 countries already have in place some restrictions on exports of medical supplies. The last thing we need is for the United States to join this group of economically illiterate countries.

No matter who implements them, export bans of medical supplies (or of anything else, for that matter) reduce the net present value of profits from making products that cannot be legally exported. This reduction in profits occurs even if the bans are temporary. As a result, such bans dampen incentives to produce the goods they cover. The result? Fewer such goods and higher prices—even for Americans.

From sticking to the destructive and outdated Jones Act—a section of the Merchant Marine Act of 1920 that increases the cost for Americans to acquire valuable medical supplies—to the Food and Drug Administration banning at-home test kits for COVID-19 or making it more difficult to get face masks from the private sector, bad policies abound.

If we Americans pause for a second and compare the government response to this pandemic to the inspiring and often selfless response by actors in the private sector, I hope we'll conclude that we must stop relying as much as we do on the rash decisions of bureaucrats and politicians.