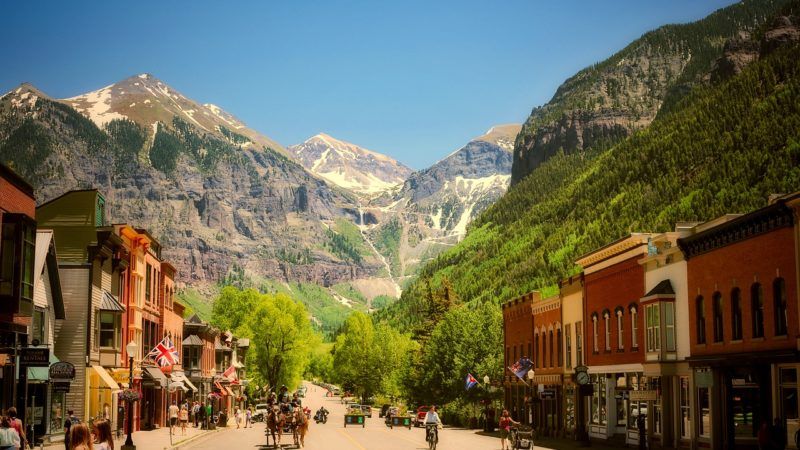 Mass antibody testing is crucial to getting a handle on the scope and severity of the COVID-19 epidemic in the United States, since it reveals who has been exposed to the virus that causes the disease, including people who never had noticeable symptoms and people who have recovered and are presumably now immune. But nearly three months after the first confirmed U.S. case was recorded, no jurisdiction in this country has attempted such testing—except for San Miguel County, a rural area of southwestern Colorado where ongoing antibody tests will provide important clues about the prevalence of infection and immunity.

United Biomedical, a company based in Hauppage, New York, is collaborating with the local Department of Health and Environment to test all 8,000 or so residents of the county, whose seat and largest city is Telluride, with a population of about 2,500. So far the company has drawn 6,000 blood samples, although analysis has been delayed because of limited laboratory capacity.

Of the 986 samples that had been processed as of last week, the health department reports, 955 were negative, eight were positive, and 23 were ambiguous. "An indeterminate or borderline result on the first test indicates that the result produced a 'high-signal flash' which is not enough to produce a positive result," the department explains. "It means that the individual may have been recently exposed to COVID-19 and/or may be in the early stage of producing antibodies."

Counting only the positive results, and assuming this initial sample is representative of the county, these findings suggest that something like 0.8 percent of the local population has been infected by the virus. Including the indeterminate results raises the rate to about 3 percent.

Such a wide divergence between the official tallies and the actual number of infections has a dramatic impact on estimates of COVID-19's lethality. If those numbers are off by a factor of six, as suggested by the low estimate for San Miguel County, the crude case fatality rate (CFR) for the United States, currently 3.4 percent, drops to something like 0.5 percent, which would make COVID-19 about five times as deadly as the seasonal flu. If the official count is off by a factor of more than 20, as suggested by the high estimate, the actual fatality rate would be only slightly higher than 0.1 percent, the estimated CFR for the flu.

Given the incubation period for COVID-19, which ranges from two to 14 days, some people who are currently infected will die in the coming weeks, raising the number of fatalities. Furthermore, some deaths caused by COVID-19 may go unnoticed, especially if they happen at home and involve people with serious pre-existing medical conditions. But there is also a possibility that deaths are overcounted, since in the current state of heightened awareness people who die after testing positive for COVID-19 are apt to be included in the official numbers, even if they would have died anyway from other ailments.

Even allowing for delayed and undocumented deaths, it obviously makes a huge difference whether the overall prevalence of infection in the United States is 0.1 percent, as the official tally improbably suggests; close to 1 percent, as the initial tests indicate for San Miguel County; or several times that figure, as we might surmise based on relative population densities. The fact that we have to speculate about such a vitally important fact based on early results from a single rural county reflects the sad state of our knowledge about COVID-19, which is largely due to a government-engineered testing fiasco.