Its rulers tried to cover up an epidemic, then declared war on their people to control it. 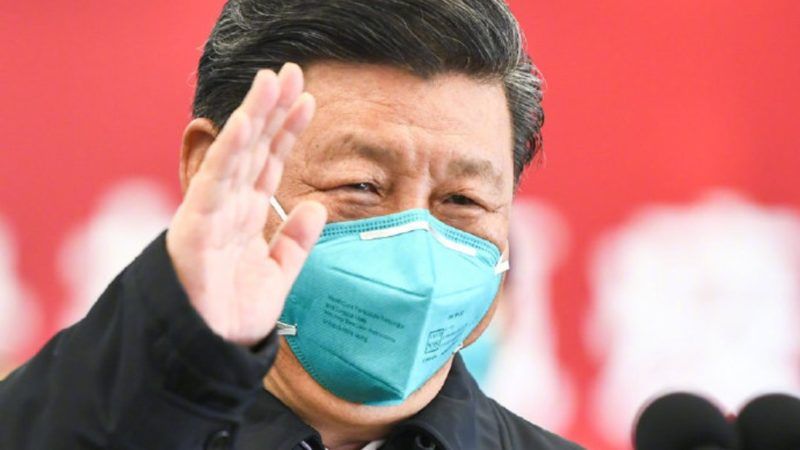 I visited China on a press junket 10 years ago, before Premier Xi Jinping arrived on the scene and ended his country's brief flirtation with perestroika ("authoritarian deliberation," in academic parlance). Even during that golden age of openness, Beijing's autocrats clearly controlled the messaging about everything. Every official at every level of government we met gave the exact same answer to every question, as if reading talking points from a national memo.

China's talking points now seem to have gone international, if the headlines about its allegedly stellar success in fighting the coronavirus are any indication. The World Health Organization went on a "fact-finding trip" to the country and came back congratulating it on its "unique and unprecedented public health response." Yale University's Nicholas Christakis has dubbed Chinese autocrats' ability to restrict the movement of hundreds of millions of people "deeply impressive." He added that China's "collectivist culture and…authoritarian government" had "allowed this enormous, widespread response." (The Uighurs might have a different point of view.) The New York Times' Donald McNeil has praised China's "enormous success in beating down its epidemic" compared to America's sluggish response.

But China might not be revealing the full human cost of its totalitarian tactics.

It is clear now that authorities in Wuhan, the town of 11 million where the disease originally broke out, kept denying that human-to-human transmission was happening even after 739 people, including 419 medical staff, had become infected (a claim that the World Health Organization, to its eternal shame, endorsed until mid-January). They closed the live animal market where the disease had originated—without any notice or explanation to the perplexed vendors—and called it a day. The doctor who raised an alarm and tried to warn his international colleagues was booked for "severely disturbing the social order" and put under house arrest. (He died in February from the virus.) The scientists who proved this was a new and serious disease were forced to destroy their samples and branded "rumormongers." If researchers in other countries had been allowed access to those samples, we might be closer to a cure or a vaccine by now. All of this allowed the disease to spread freely for almost two months in China and beyond.

Had the Chinese authorities been open even three weeks sooner, a study by U.K's University of Southampton assessed, the number of coronavirus cases could have been reduced by 95 percent and the world may well have been spared a pandemic. Why didn't they do so? It's not because they wanted to infect the world, as conspiracy theorists are claiming; it's not because they have strange culinary habits, as xenophobes are nattering. It's because the country's closed system blocked the flow of information and thwarted the spontaneous alarm systems that open societies have.

To be sure, President Donald Trump also initially downplayed the threat. And federal bureaucrats repeatedly blocked the University of Washington's Helen Chu from pursuing her suspicions that the disease had made an appearance in her state. But Chu, in contrast to the Chinese doctor, has become a national hero, and the Trump administration has been severely criticized for ignoring such early warnings.

This experience will be a lesson for future administrations. But China, unlike America, has a long history of epidemics and yet seems to have learned no lessons at all. Some of the most devastating flu pandemics of the 20th century—such as the Asian flu of 1957, which killed 1.1 million people worldwide and 116,000 in the U.S.—originated in China. More recently, China generated the bird flu and SARS. Yet its first instinct is to shoot the messenger, given that it imprisoned the doctor who raised the alarm during SARS too.

Why do the Chinese rulers keep making the same mistake over and over again? Because authoritarian regimes care about the survival of their people only to the extent that it ensures their own survival. Opening channels for the hoi polloi to communicate creates too many dangerous possibilities for subversion. But the absence of these channels also means that China's autocracy can use ruthless measures to combat the crisis without fearing public criticism—let alone a revolt—when it so chooses.

And, boy, was it ruthless.

Once Xi woke up to the coronavirus threat, he declared war not so much on the virus as on the Chinese people themselves, using high-tech surveillance and social control to monitor every move, every action. As leaders in other countries pleaded with their people to stay at home and self-quarantine, his Communist authorities moved with lighting speed to lock down 60 million Chinese in the Hubei province—most of who had no idea that an epidemic was brewing, thanks to aggressive censorship. They also mobilized the country's omnipresent army of monitors to keep tabs on every move of every Hubei resident without any regard for individual privacy or human rights.

They required popular apps like AliPay and WeChat, China's Venmos, to install software to track users' movements. China Telecom color-coded phones in traffic-light red, green, and yellow, based on their risk of carrying the virus. This let guards at train station checkpoints know who to let through and who to stop.

Pharmacies were told to take the temperature of anyone who bought cold medicine and notify authorities of the results. Every apartment building and every residential complex implemented something called "closed management." Using private cars was banned, and residents were barred from leaving the complex without permission, which was given for only a few hours a day to one family member to purchase essentials. Meanwhile, 300,000 "grid workers"—paid employees of the Communist Party and volunteers—patrolled the streets and guarded complexes. Those who didn't cooperate were promptly reported to the local police.

Local governments outside Hubei offered hundred of dollars in rewards to those who reported returning migrant workers from Wuhan and family members who hosted them. In other words, neighbors were rewarded for snitching on neighbors. More chillingly, authorities reportedly barged into homes, and hauled away sick patients, and put them in quarantine camps. In one eastern province, they barricaded a family that had returned from Wuhan, essentially imprisoning it in its home.

China has dazzled the world by building two hospitals in 10 days and many quarantine shelters by employing (read: conscripting) thousands of people round the clock. As an authoritarian country, China could single-mindedly focus on one goal—containing the spread of the disease. Its primary purpose in building hospitals and quarantine shelters was separating and isolating patients, not necessarily treating them or helping them. (One of those rapidly built quarantine hotels collapsed, killing 10.)

In democratic countries, by contrast, the policy response has focused on both containment and treatment. Even as states have imposed lockdowns or quarantines to flatten the curve, they have also simultaneously tried to boost their treatment capacity to maintain their standards of care.

Over the past few weeks, the world has been horrified by stories from hard-hit Western countries like Italy and Spain about doctors having to do a grim triage to determine whether to save the young or the old, the healthy or those with preexisting conditions. In America, it's a national scandal that not every patient who needs a ventilator might get one. But in China, the government essentially performed an even grimmer triage with entire towns and provinces. The New York Times' Javier Hernandez reports that there is a widespread sense among Wuhan residents that they were sacrificed to save the country.

The Chinese government is trying to tell us that it heroically stopped coronavirus. Instead of falling for it, the world should question the spin. Only when China's autocrats open themselves to scrutiny—both by a robust domestic press and outside media—will the world have any confidence that they are serious about avoiding the next pandemic. So far, they aren't offering any cause for optimism.